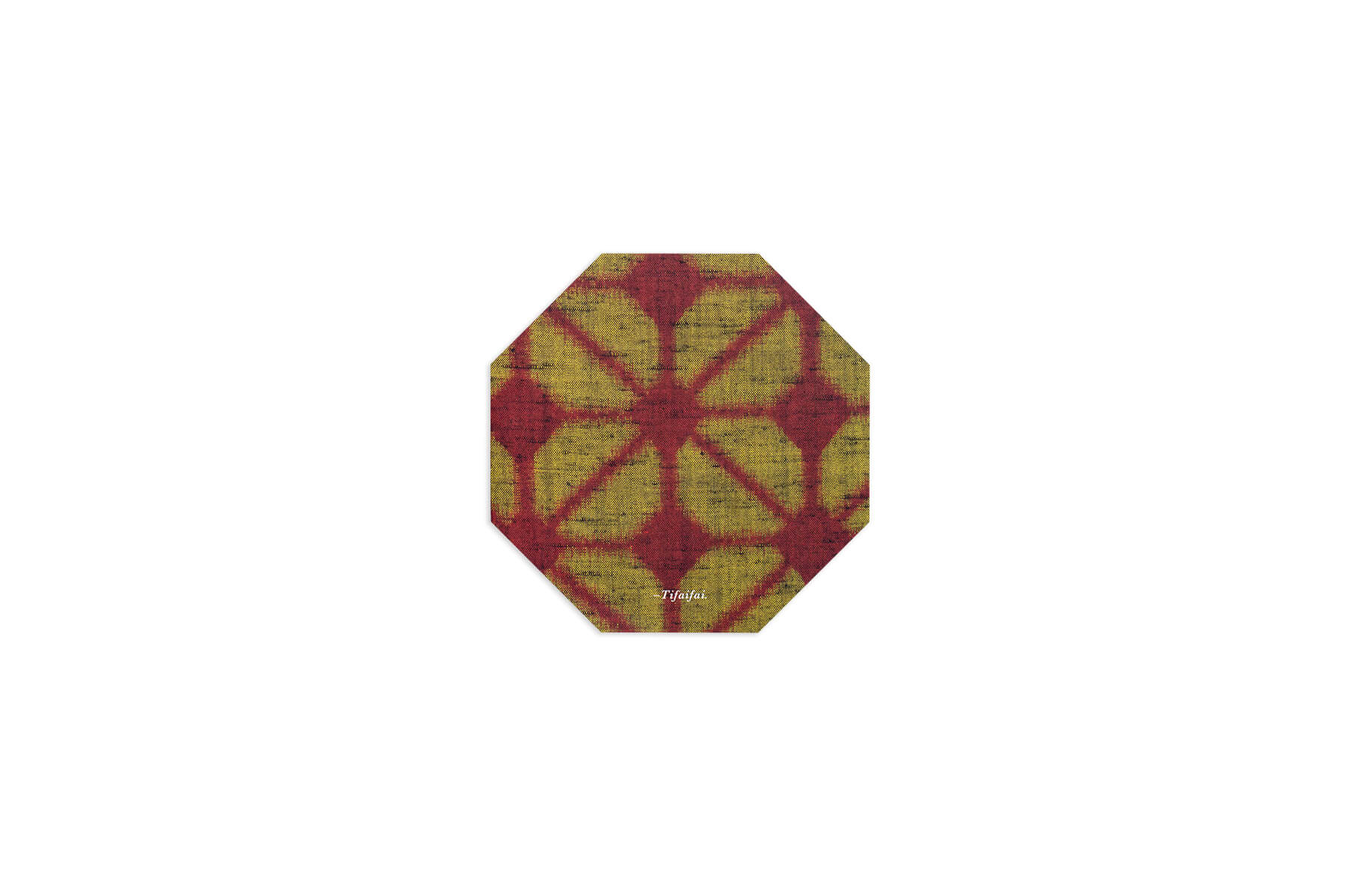 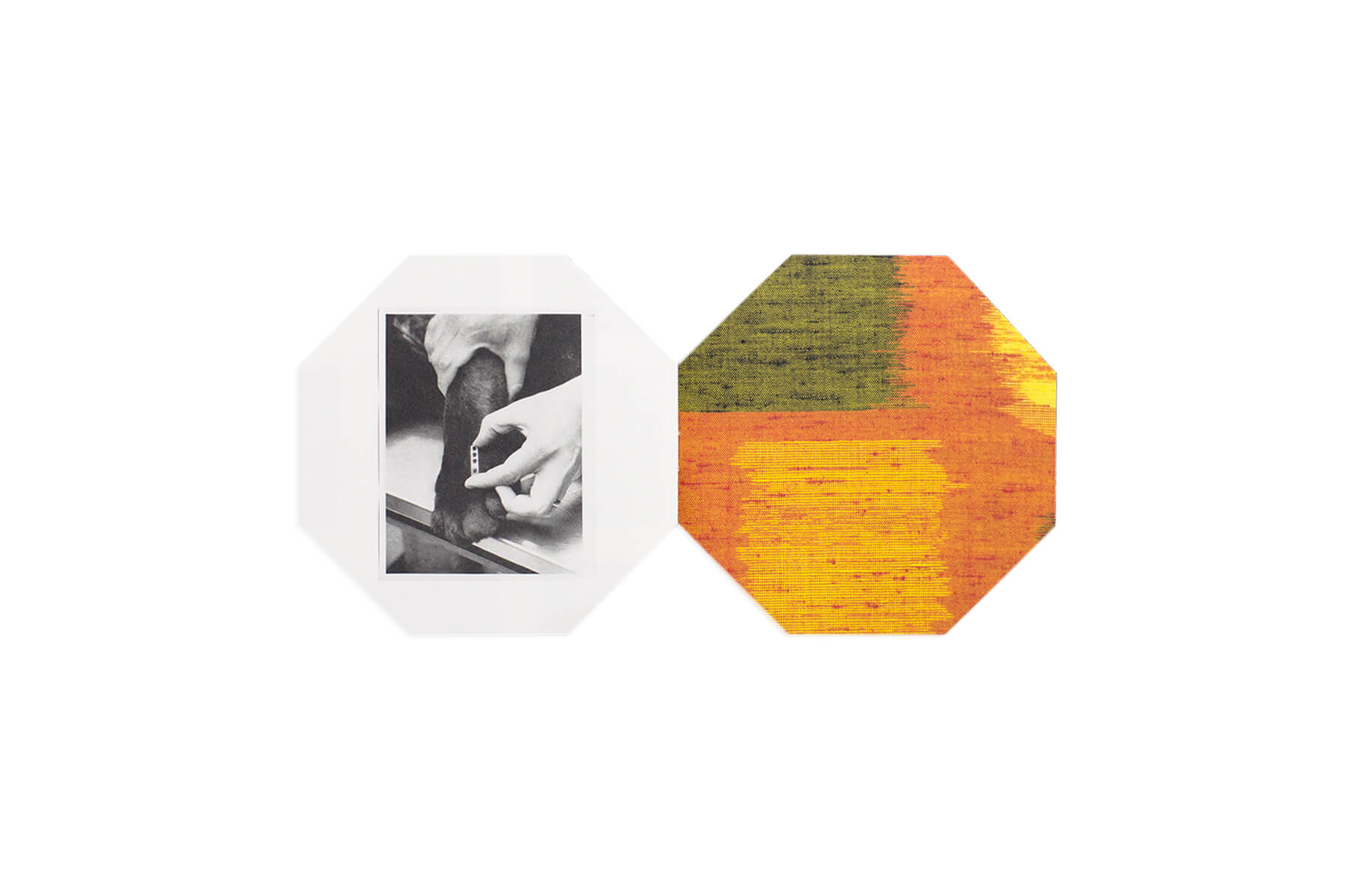 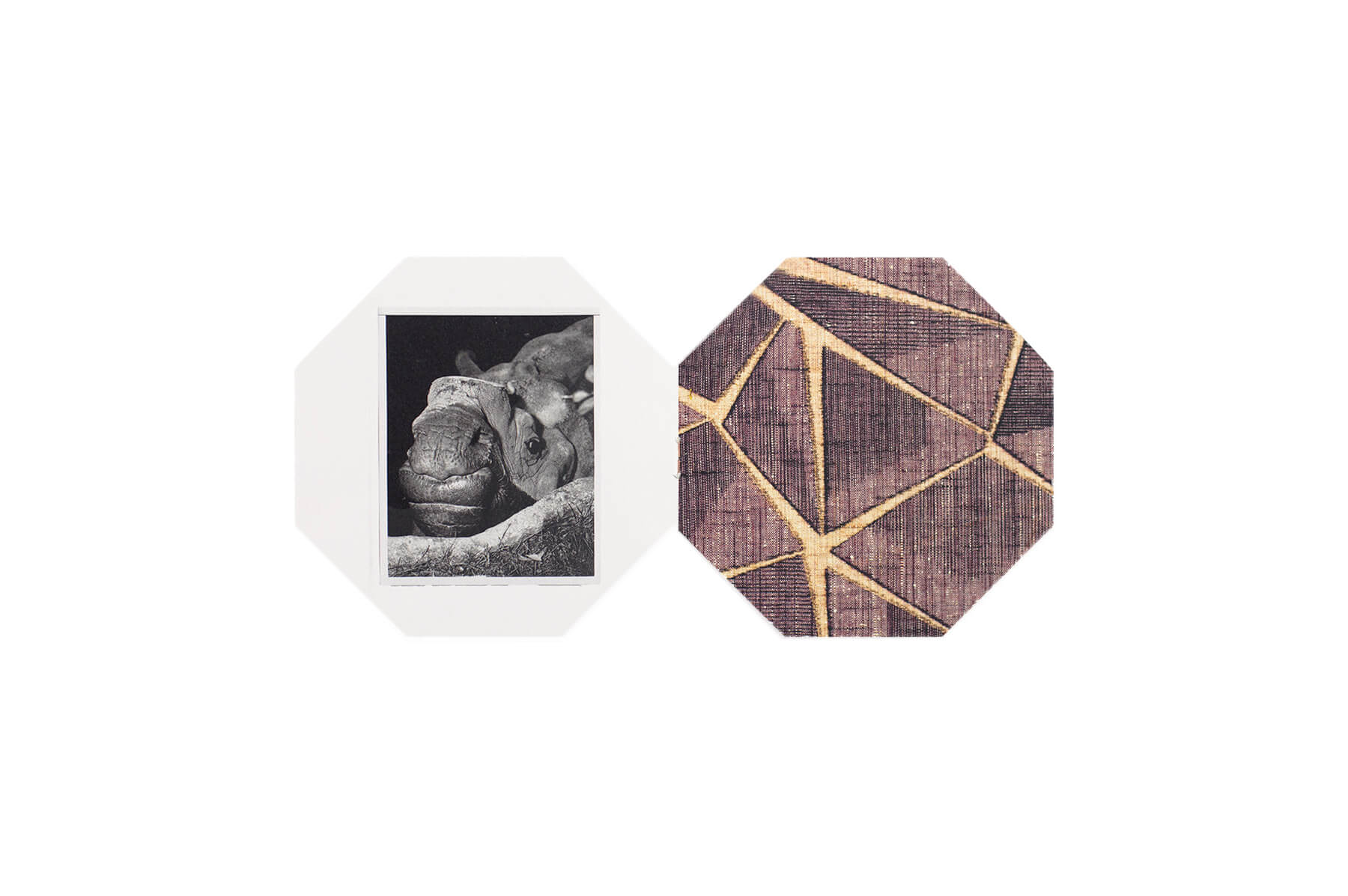 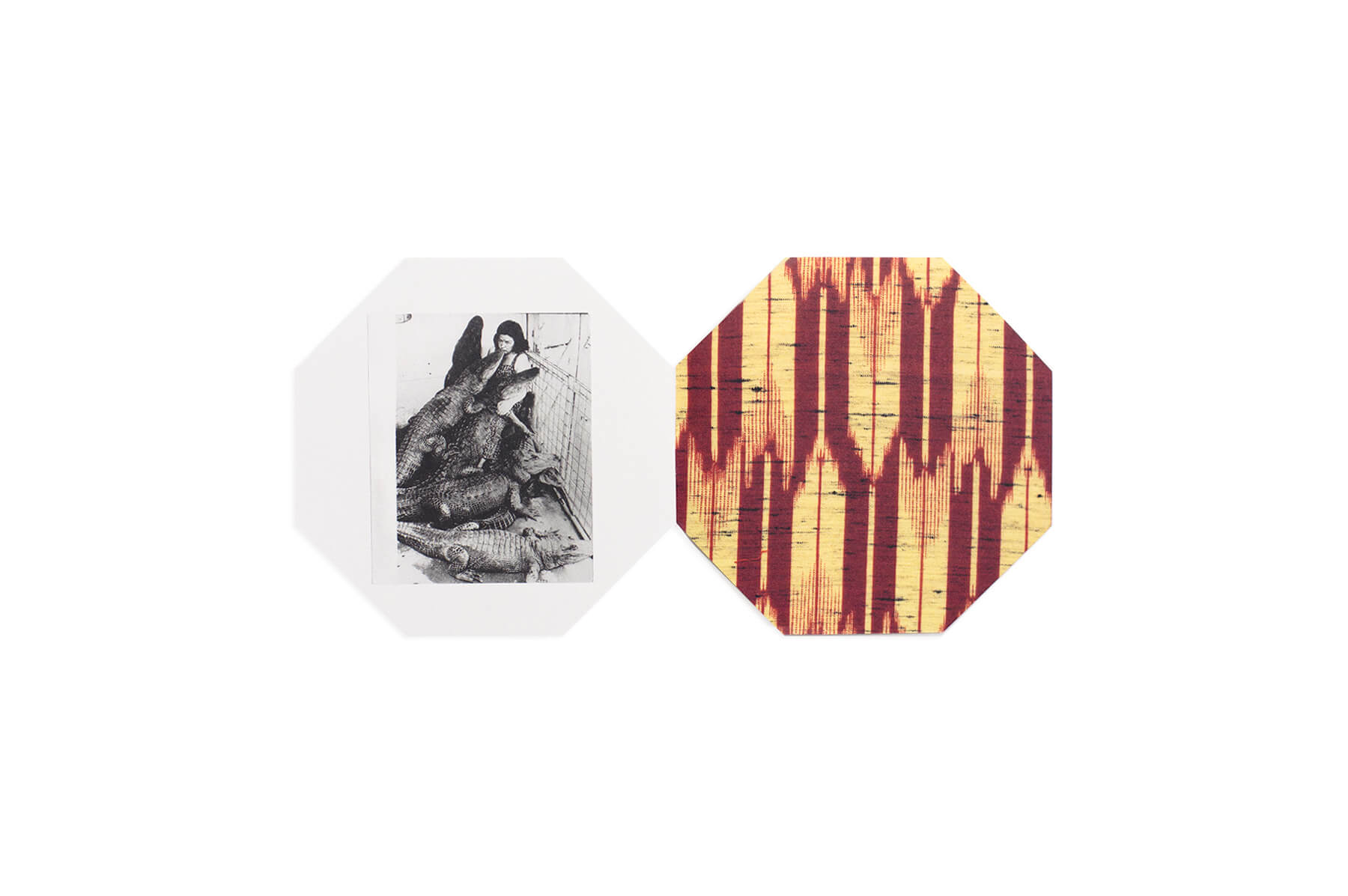 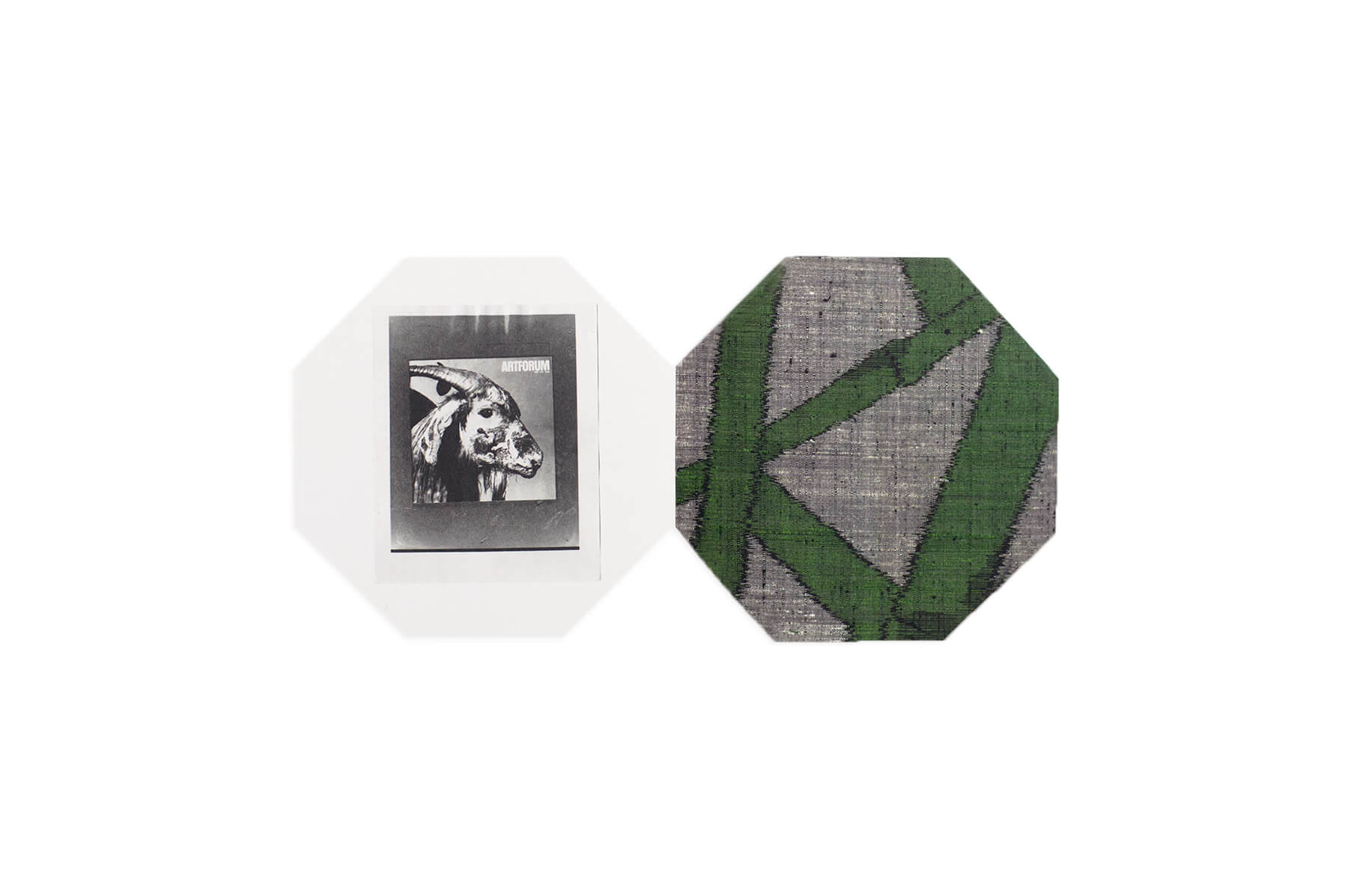 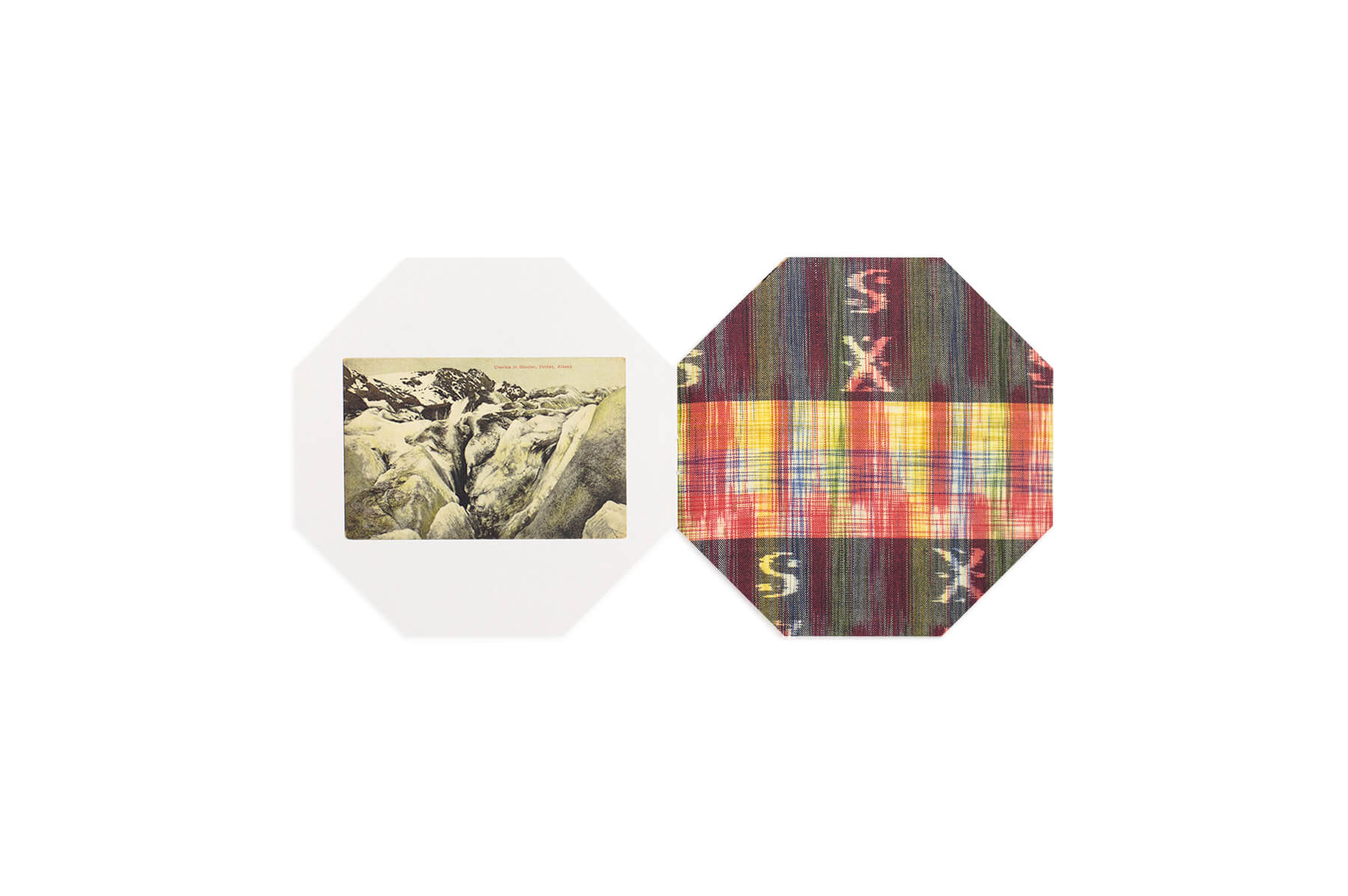 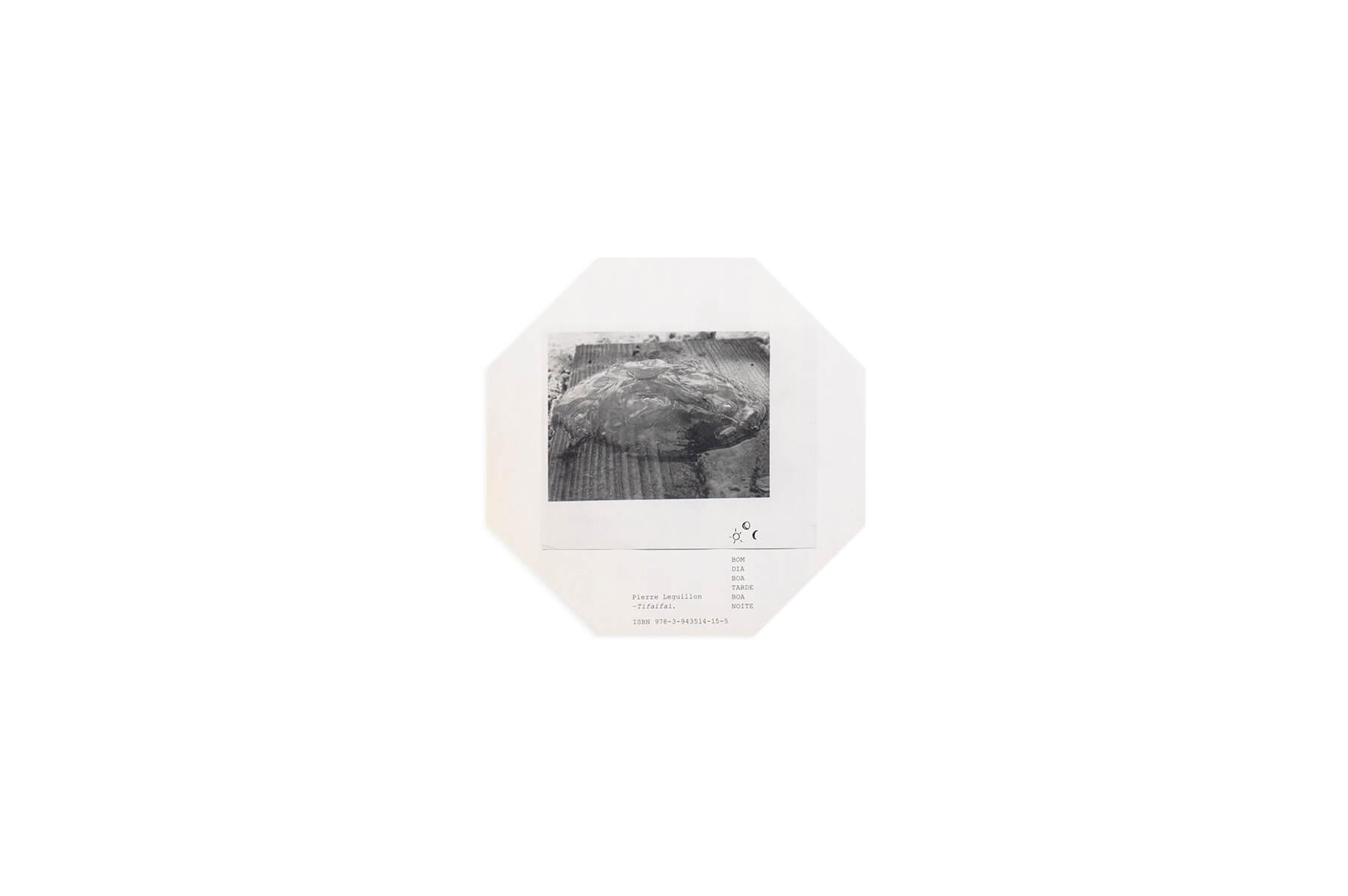 The book by Pierre Leguillon –Tifaifai., was thought in echo to the octagonal structure that he imagined for the Rotonde Balzac space, in the National Foundation for Graphic and Plastic Arts in Paris. It’s made from kimono fabrics of the last century, with very particular motifs and weaving, where the colors seem to fuse into each other, and which are reminiscent of brush strokes. Each piece of this great three dimensions Japanese patchwork fabric, shows a picture: discarded photographs from news agency, or postcards, which show a strange “natural history”: animals, plants or minerals are often out of scale or transformed by photographic representation.

The title –Tifaifai., is a Polynesian word, a language that has no writing form and where culture is transmitted by oral tradition. Polynesian society is very hierarchical, and forgetting to mention a family name during the recitation of genealogies could be punished by death. “Tifaifai” is the phonetic transcription of the name given to traditional Tahitian quilts, made by women, where different plant and animal silhouettes, taken directly from the environment of the island, are cut and put on a background.

Pierre Leguillon therefore puts two collections together: the fabrics and the pictures. All these pictures, even if they are odd and sometimes difficult to “read”, are left without any explanation: there isn’t any caption with them. Indeed, the artist wanted the related informations only to be orally transmitted.Through their reading, readers activate a sequence of pictures, like a slide carousel or Emile Renaud’s Praxinoscope (1876). The pictures, both spectacular and outdated, are left without the context of their publication. Like the pieces of fabric that make up the quilt, they have lost their purpose and look like they have failed to constitute a language.