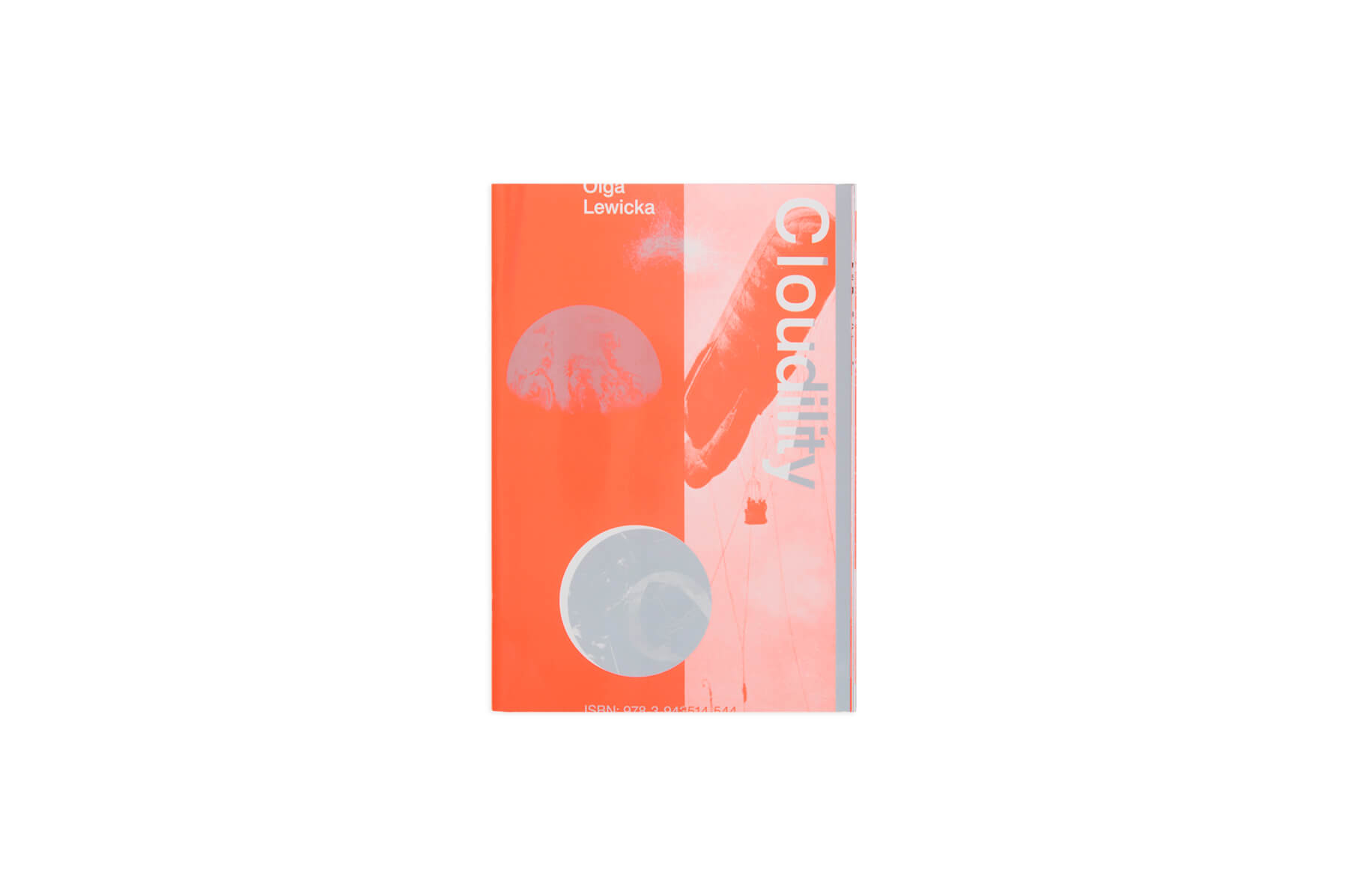 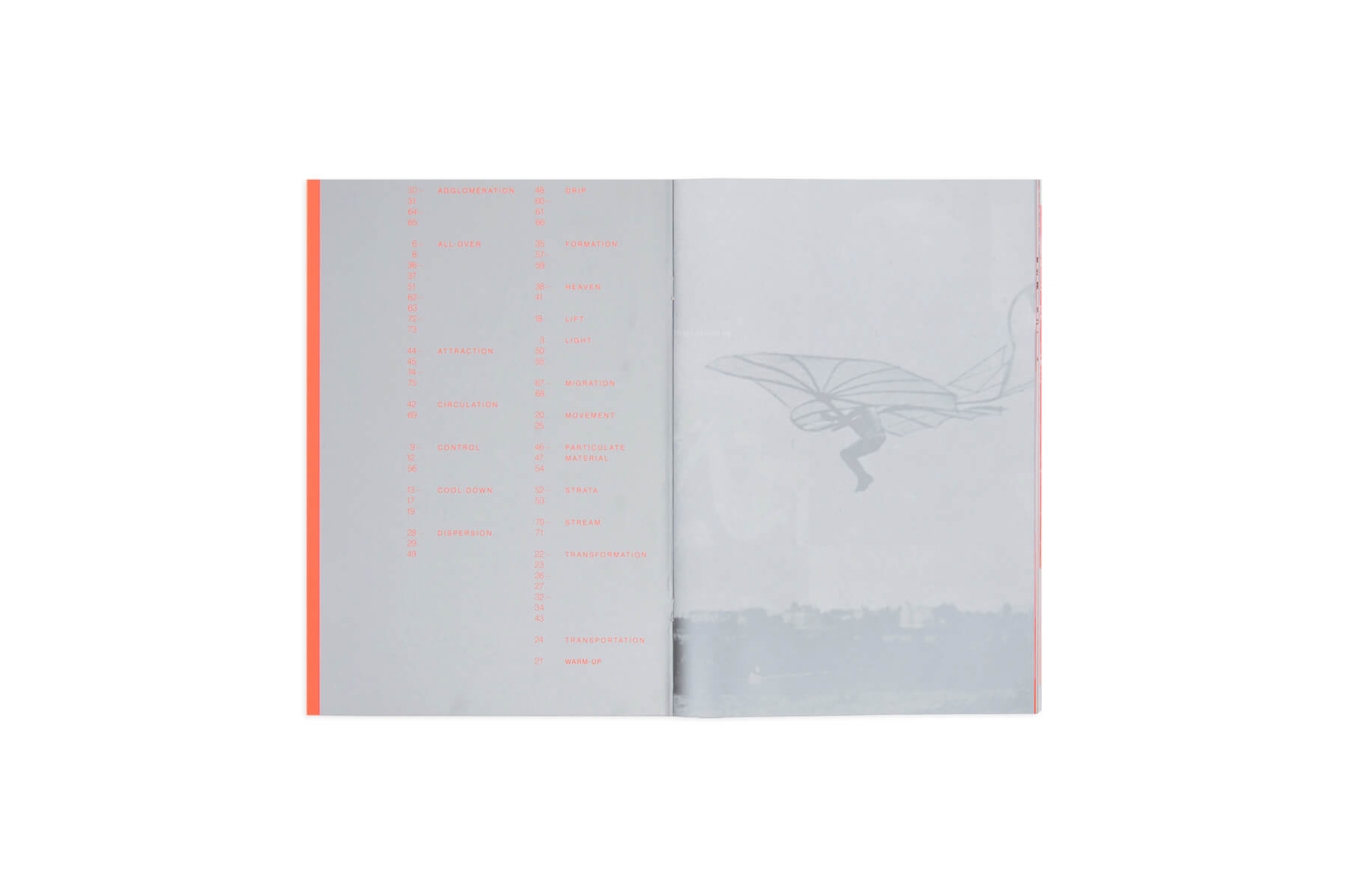 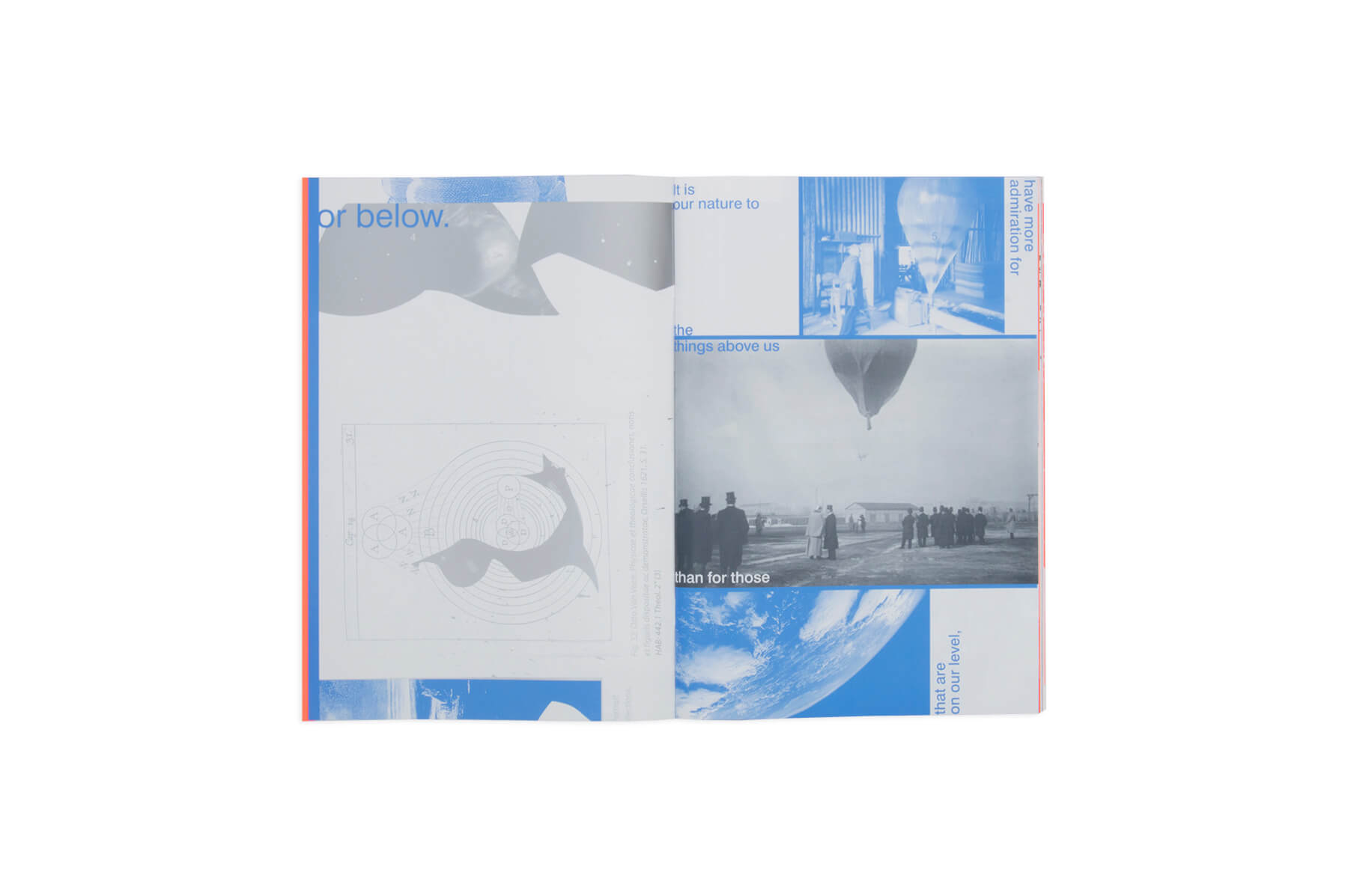 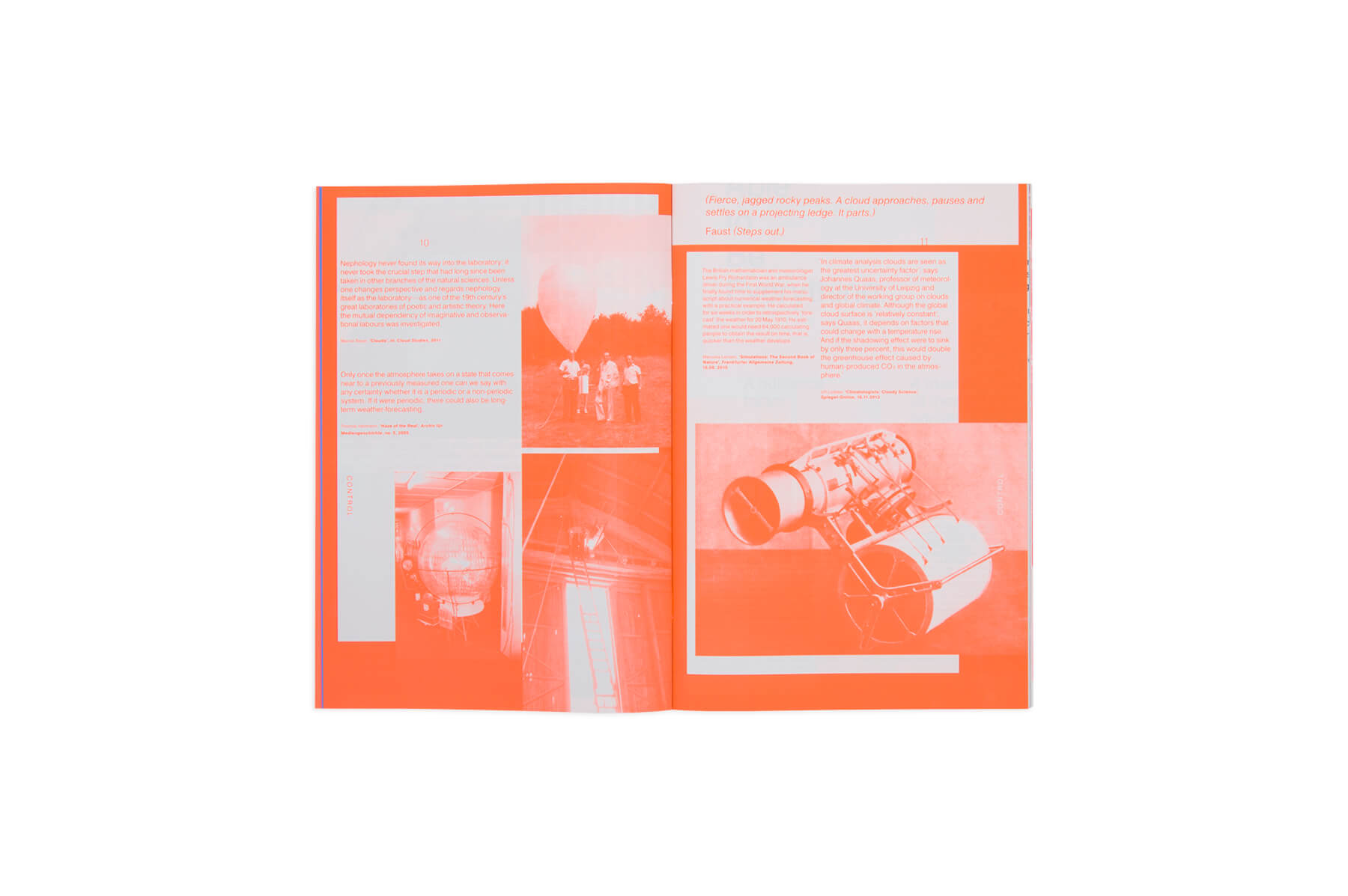 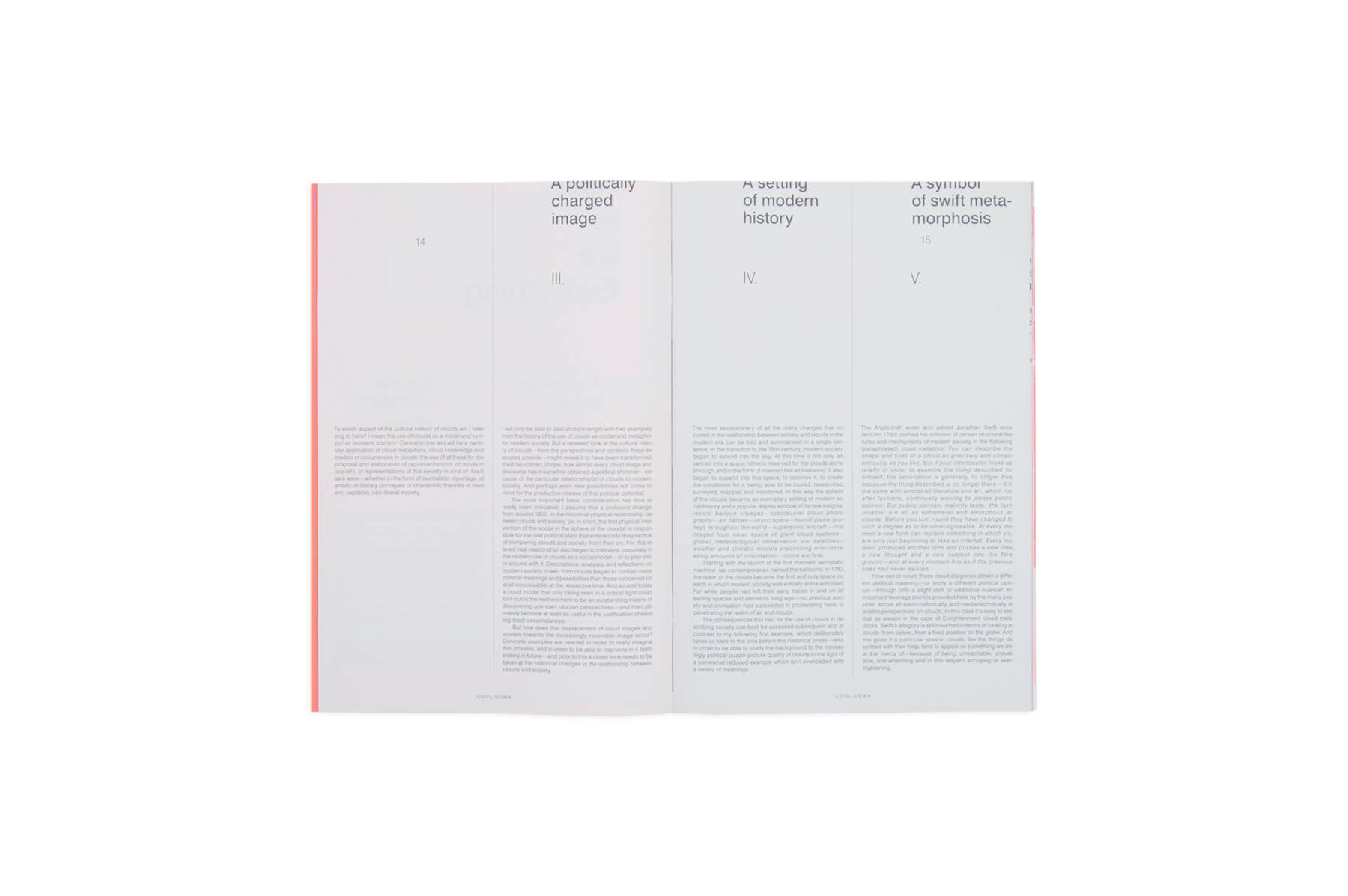 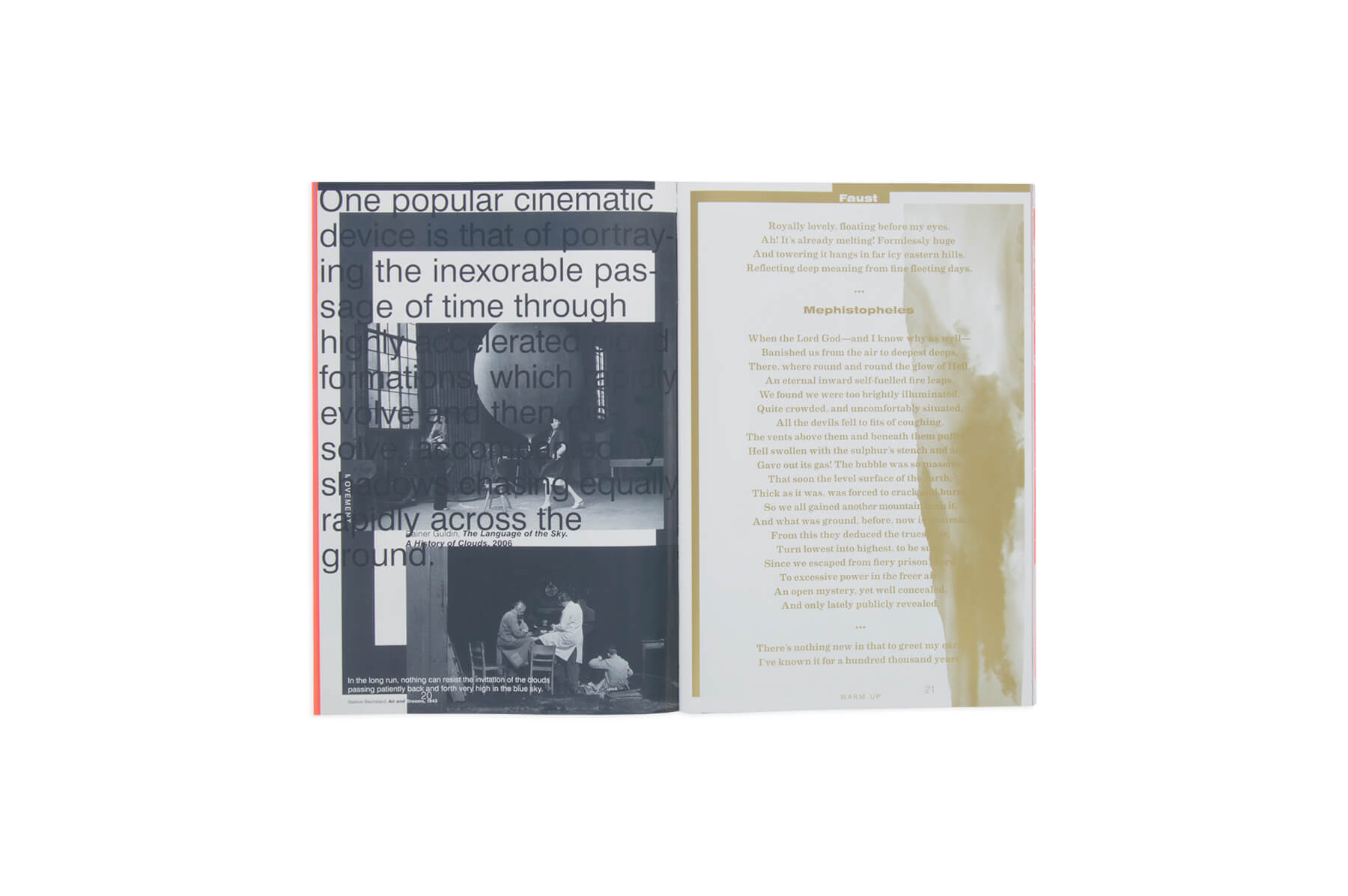 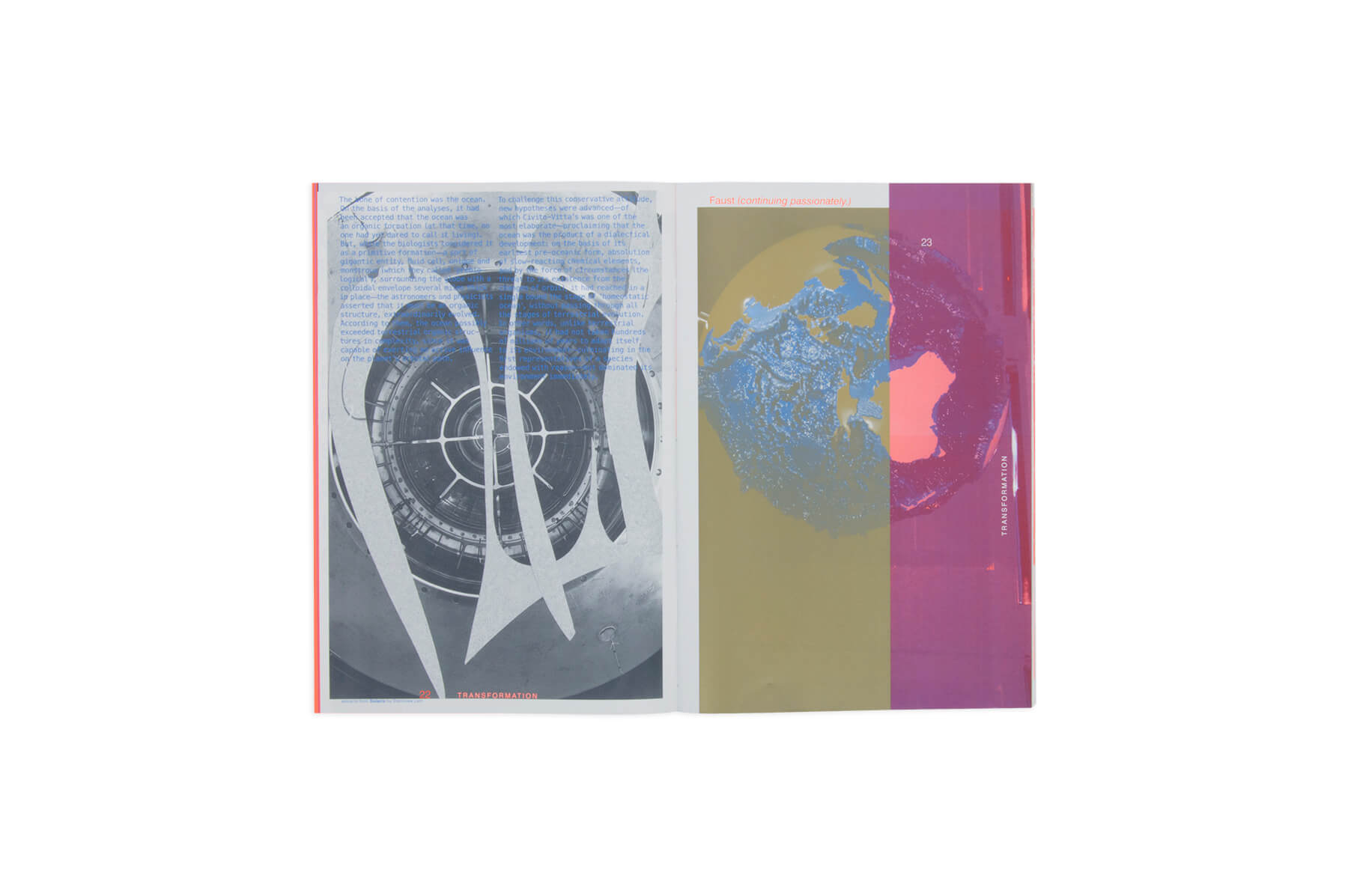 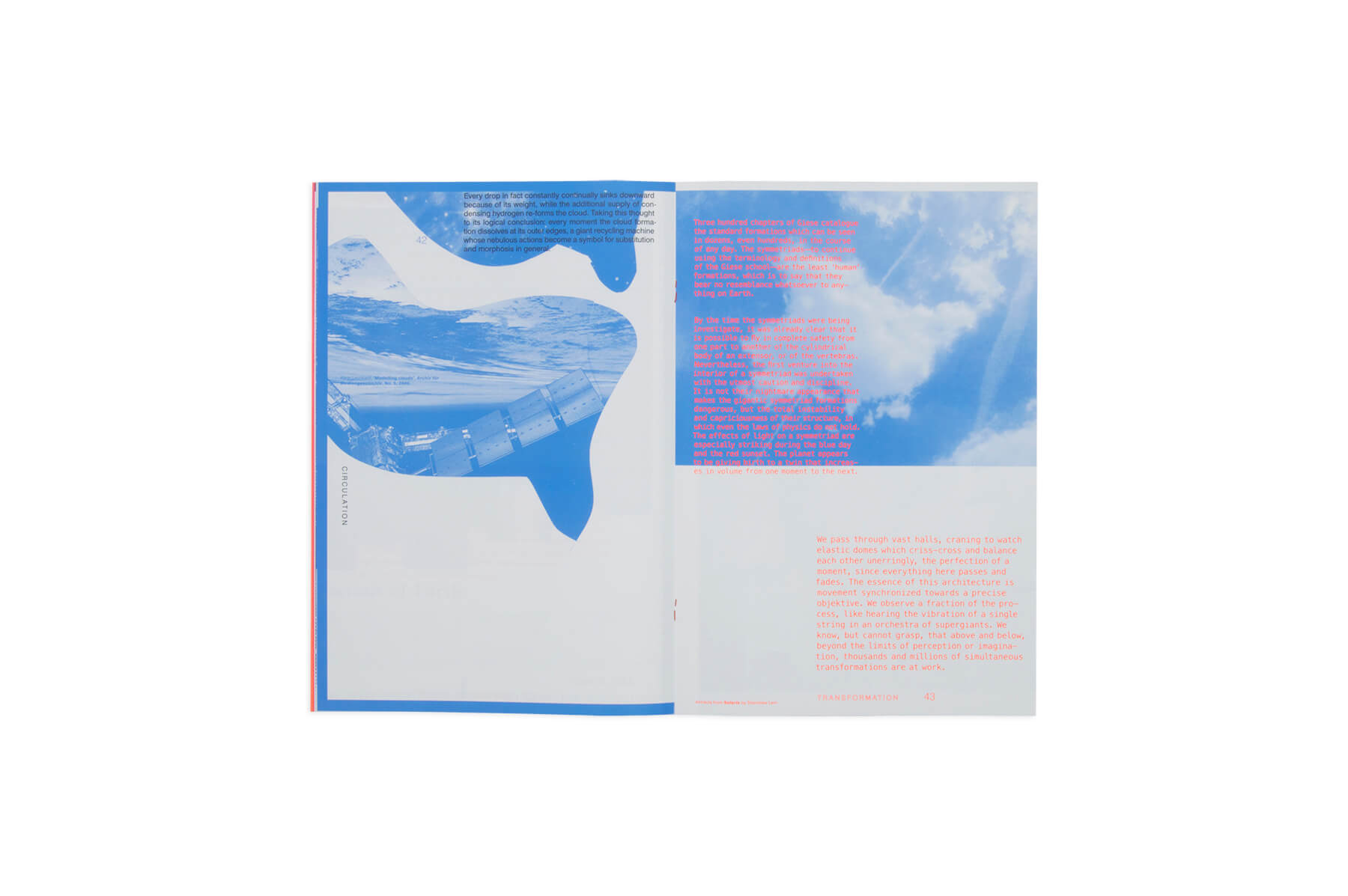 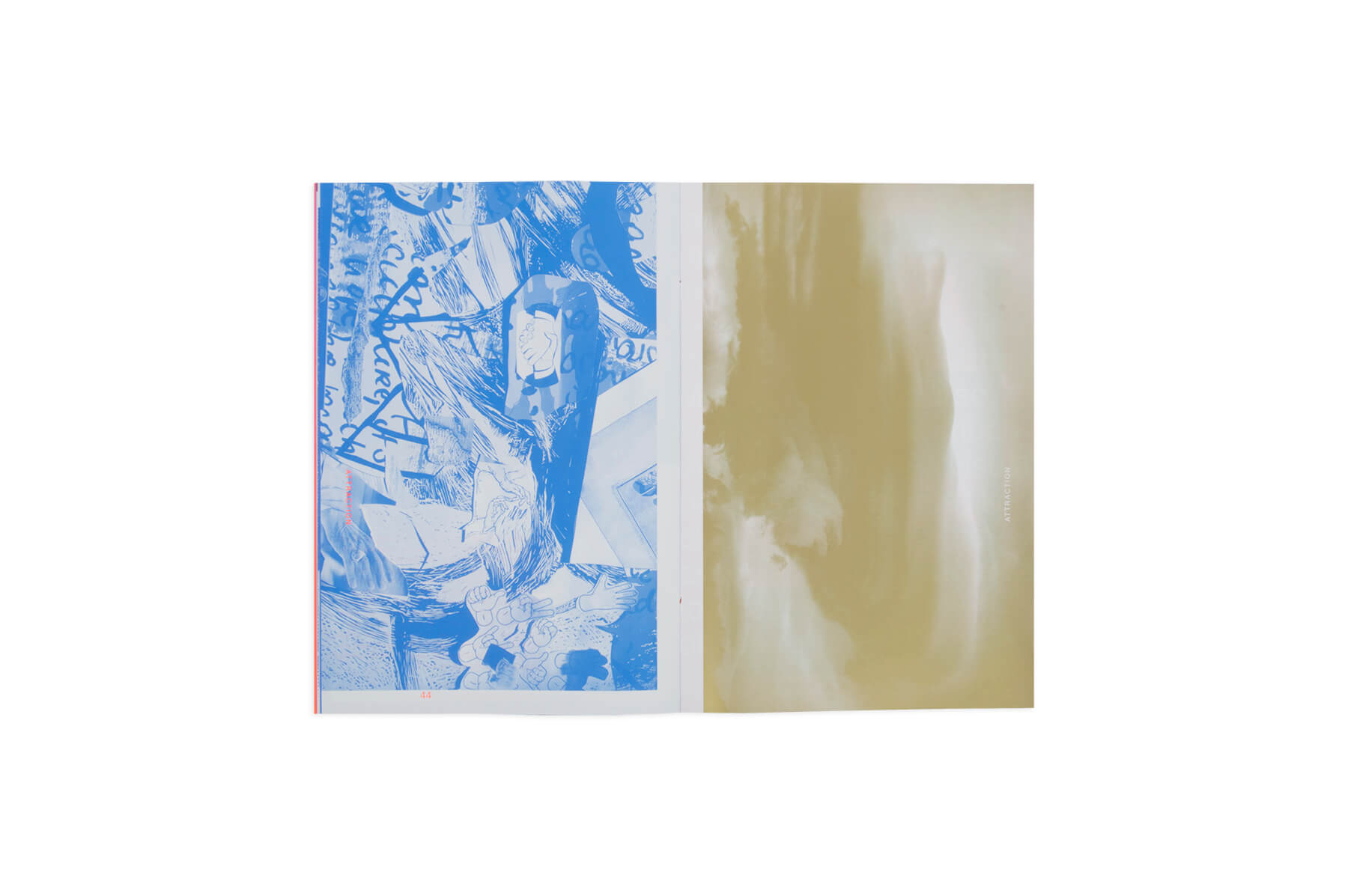 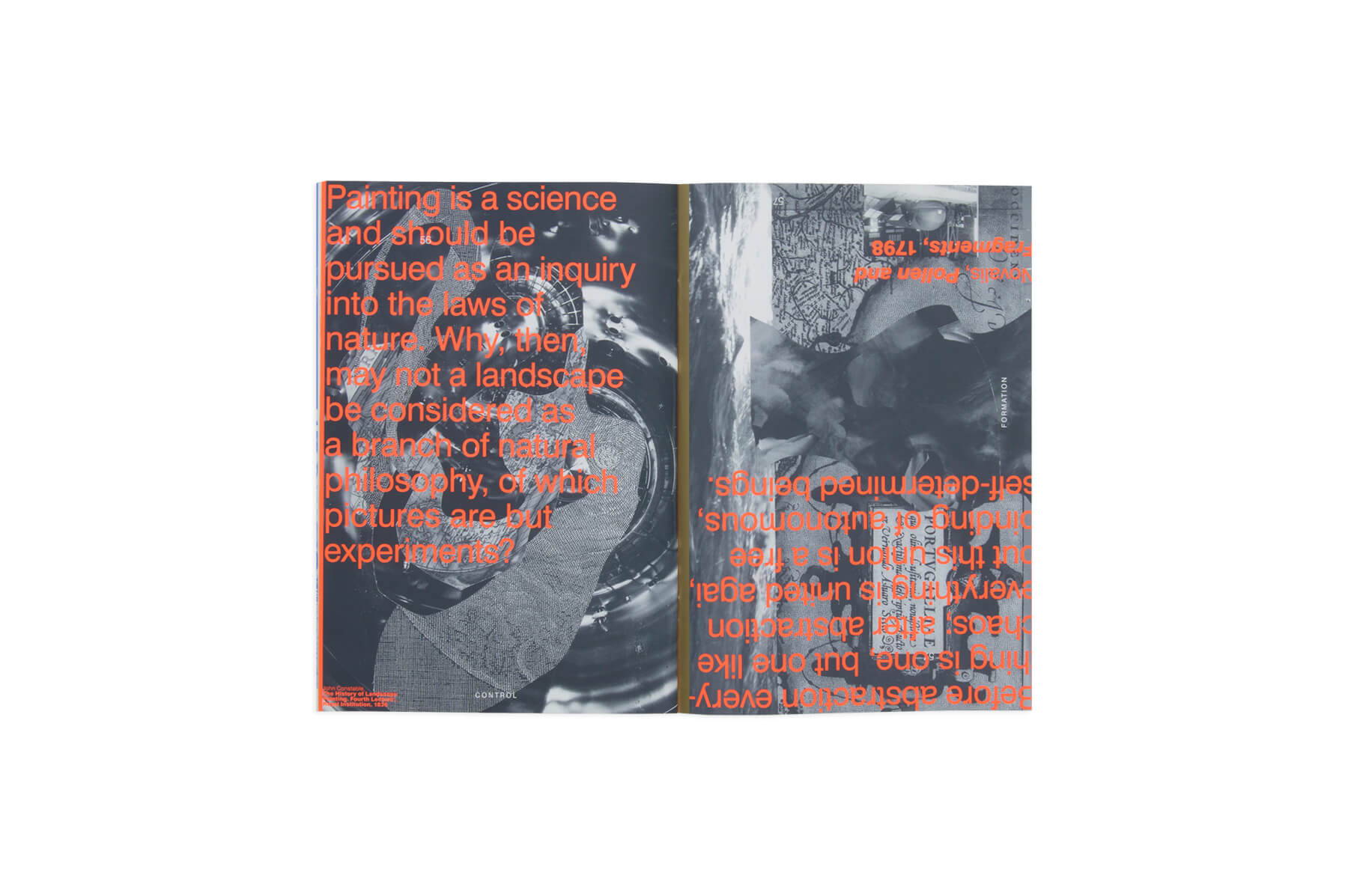 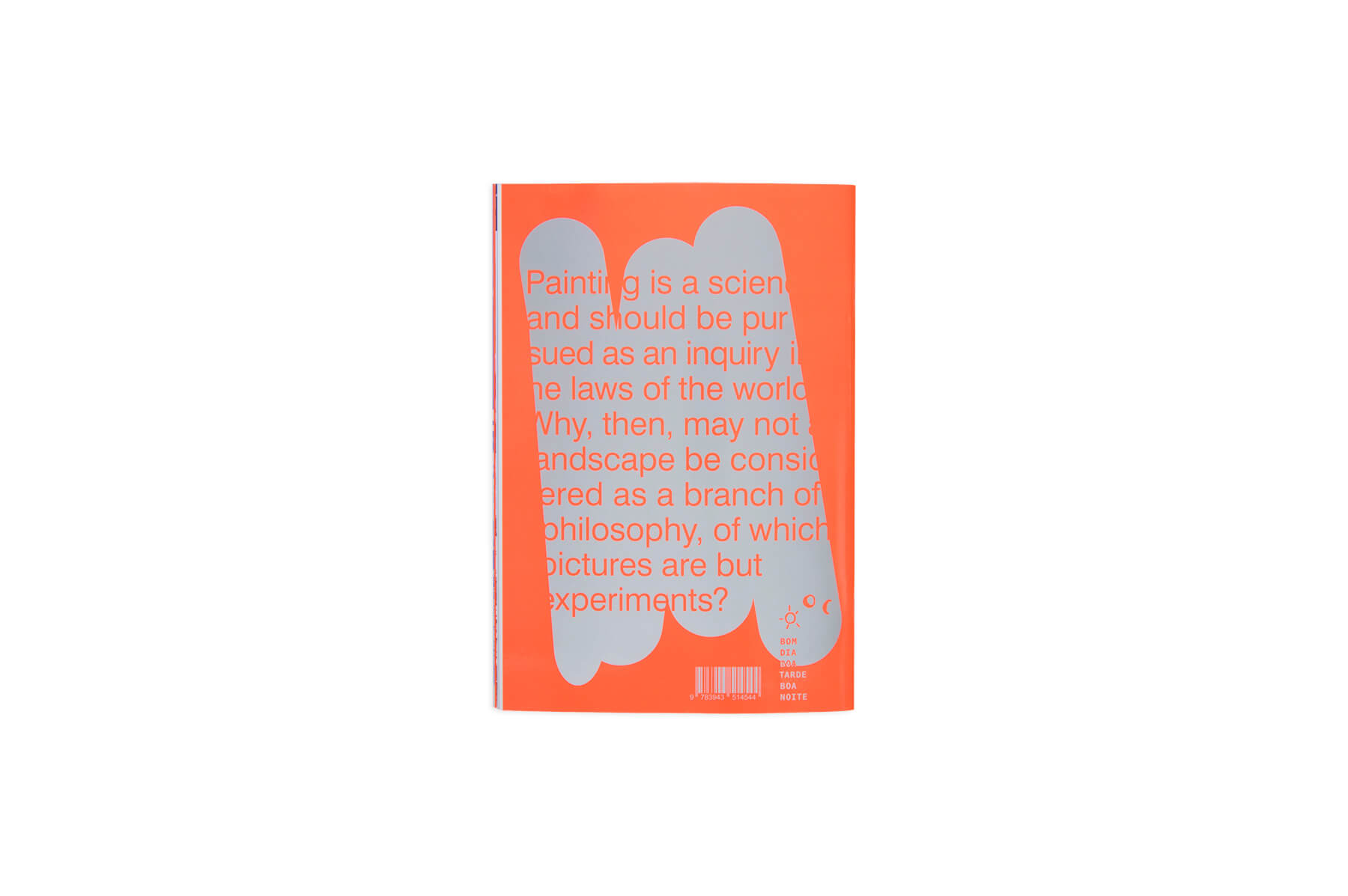 In the context of theory and political analysis images are usually supposed to document, exemplify or simply illustrate. That images could do much more here has been known for a while. The question is : How exactly does that work?

In this artist’s book Olga Lewicka experiments with the image of the cloud as a self-contained argument and leverage point for visual forms of critical analysis. In sometimes experimental, sometimes meticulously composed collages she exposes the wealth of relationships that the visual and cultural history of clouds maintains with consequential historical lines and structures of capitalist and neo-liberal society. Lewicka follows the trail of the modern urge to survey, from the first attempts by pioneering 19th-century balloonists to penetrate the interior of the cloud to the current dream of making long-term weather forecasting possible through increasingly larger volumes of data – and from there to the political hopes attached to surveillance and big data. The global satellite observation of cloud systems is confronted by science fiction, and current findings from cloud research with the current course of time – and photographs from the German Empire remind us that the scientific conquest of the airspace was always linked to political dreams of major power. In this way cloud images become readable as concentrated thought-images. Photographs of large cloud systems make us think equally about the streams of global finance and the worldwide movements of migration. At the same time the cloud turns out to be an apposite image for the unique mobility of visual thinking. For the ease with which an image can invoke existing mental connections and suggest new ones.

Lewicka counters the recent monopolisation of the cloud model for a socio-biologically justified neoliberalism with a utopia also derived from the cloud. In form, composition and chapter organisation the artist’s book follows the principle of cloud formation, and so is itself a cloud; one that re-performs the ‘cloud code’ in an artistic medium – as the embodiment of informal order.