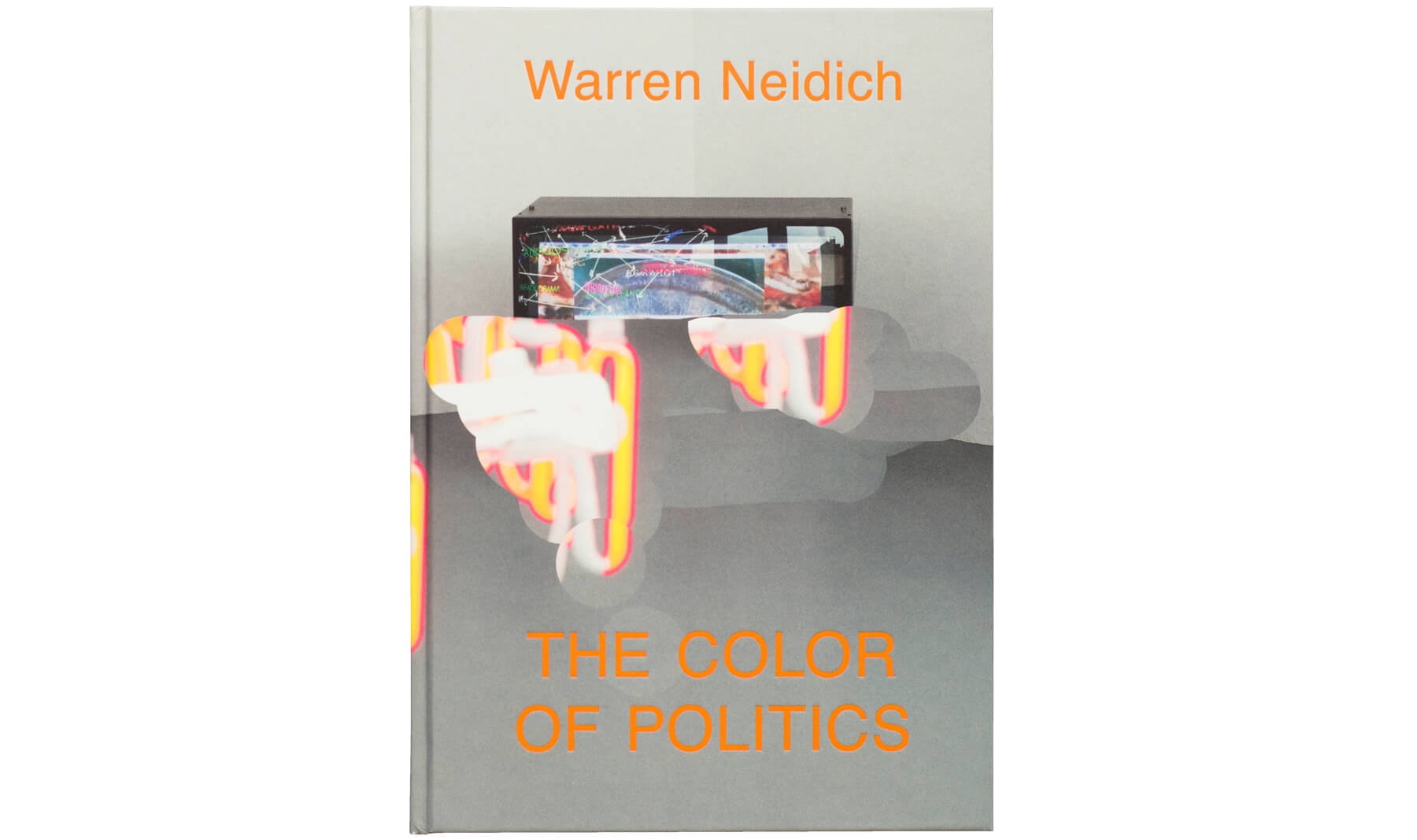 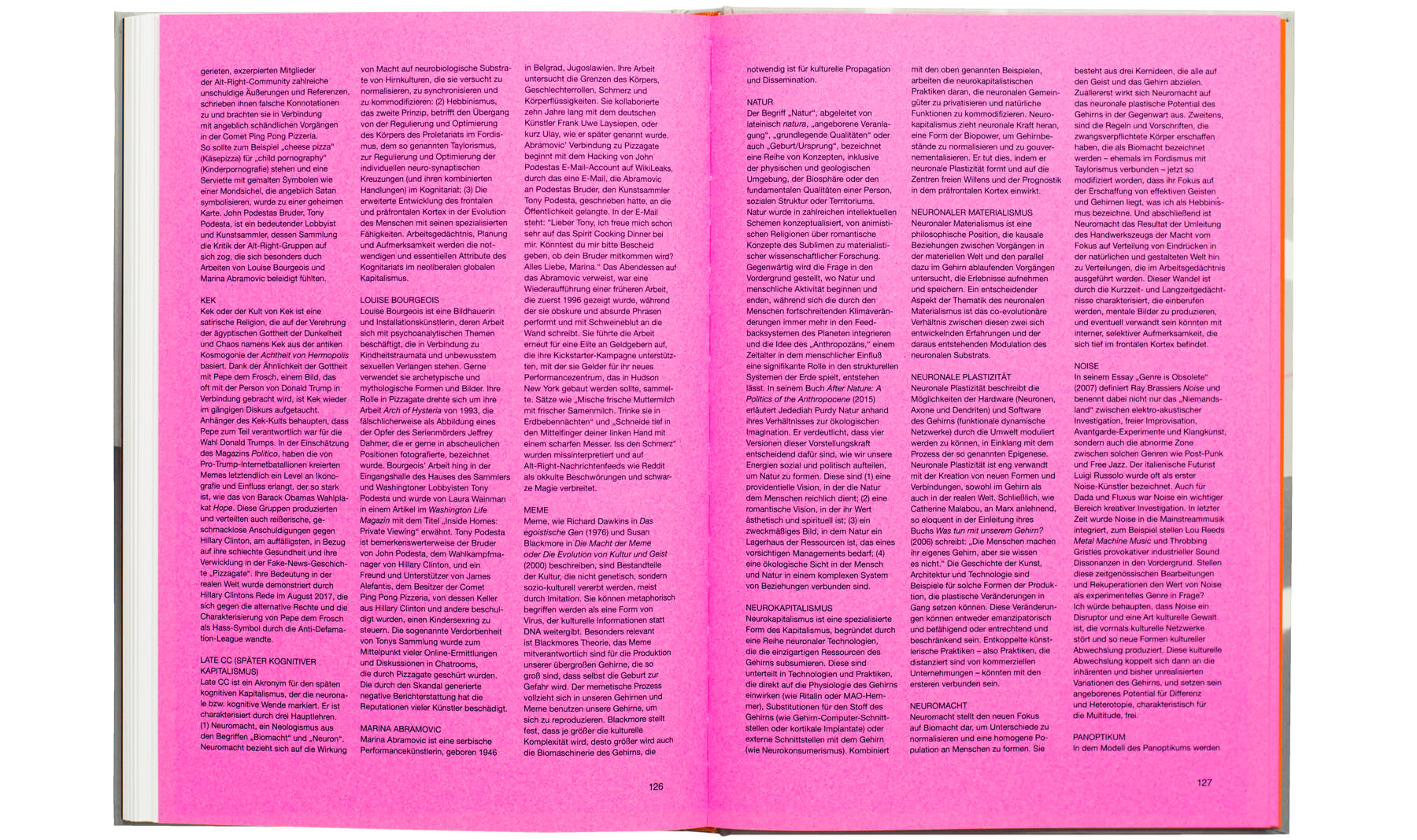 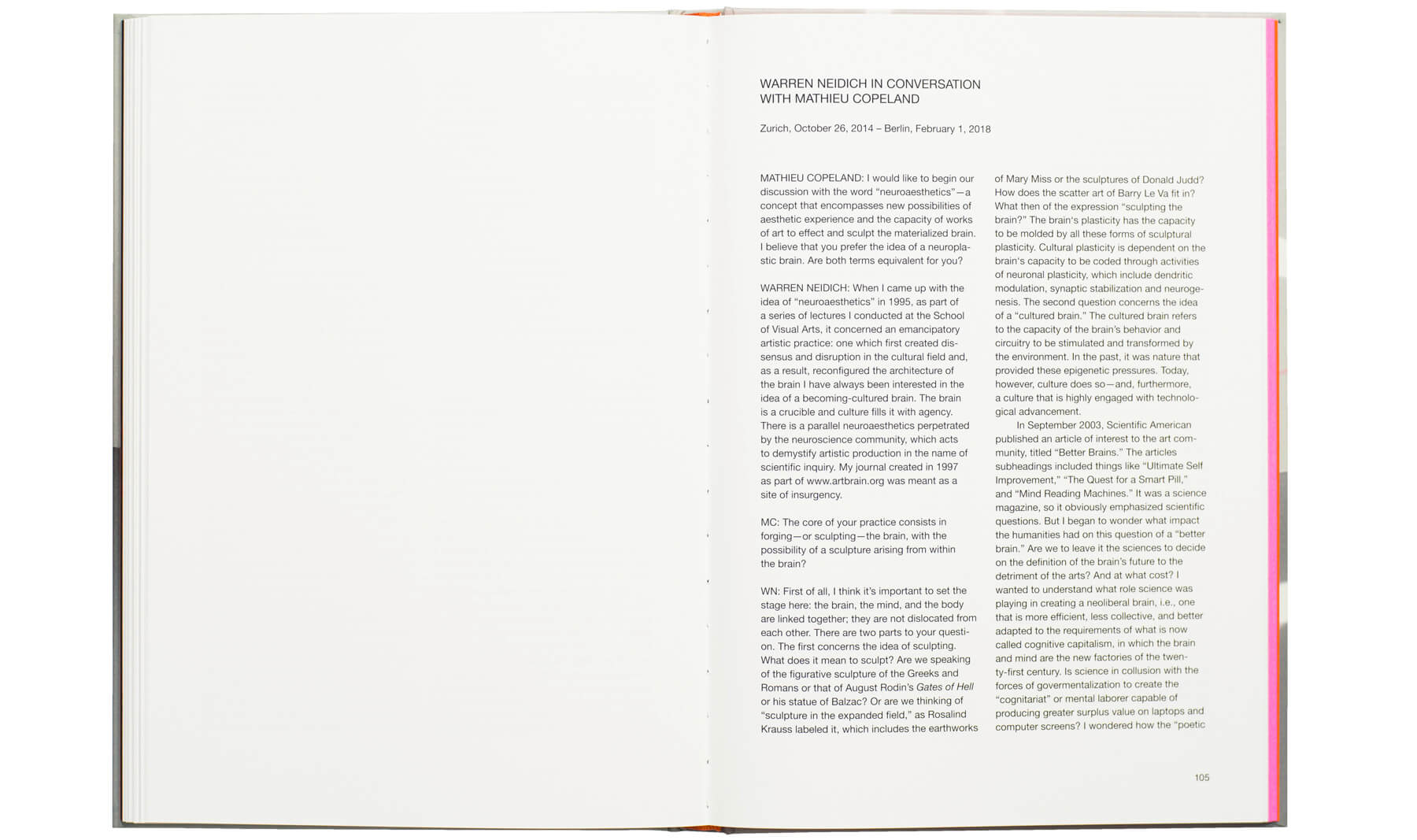 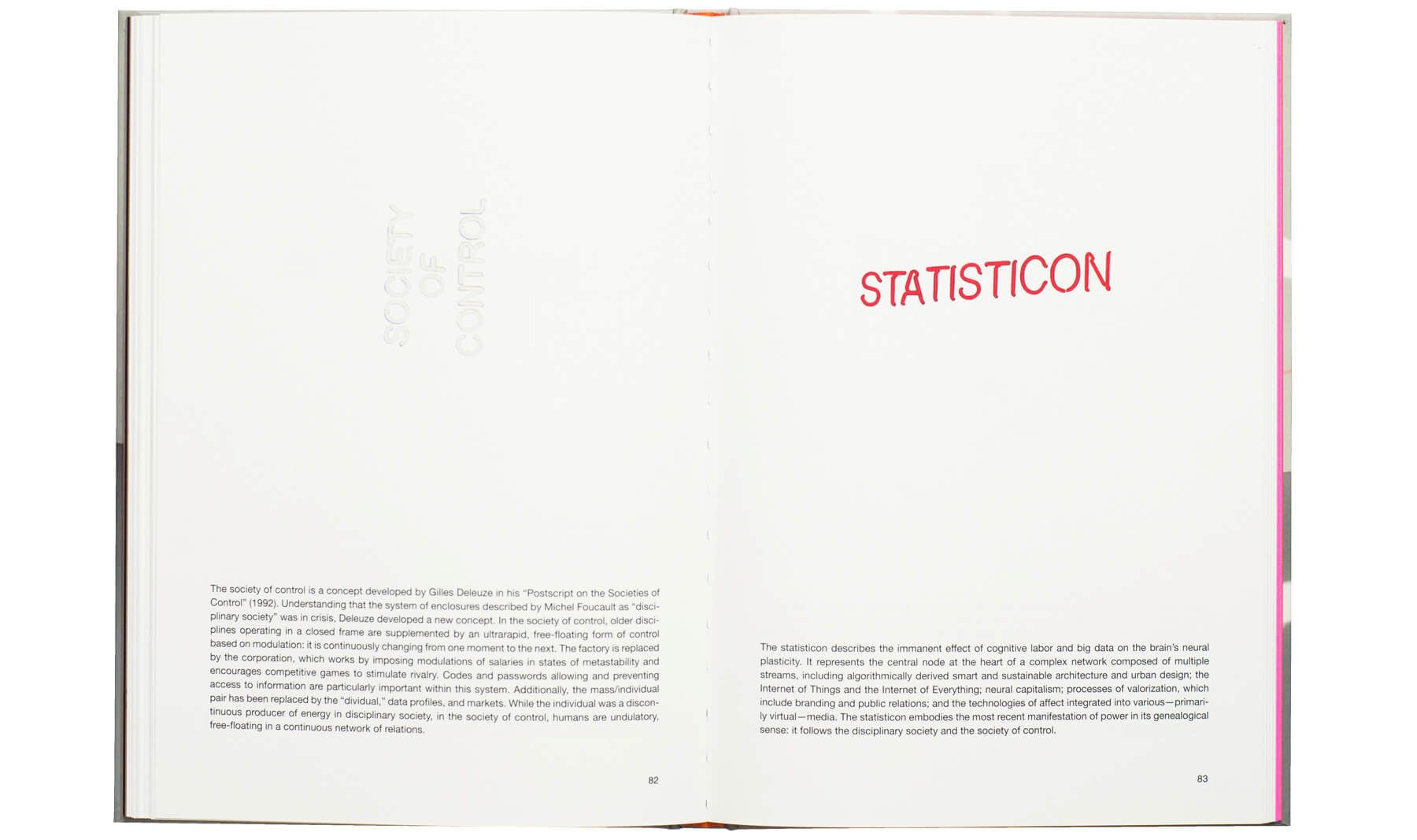 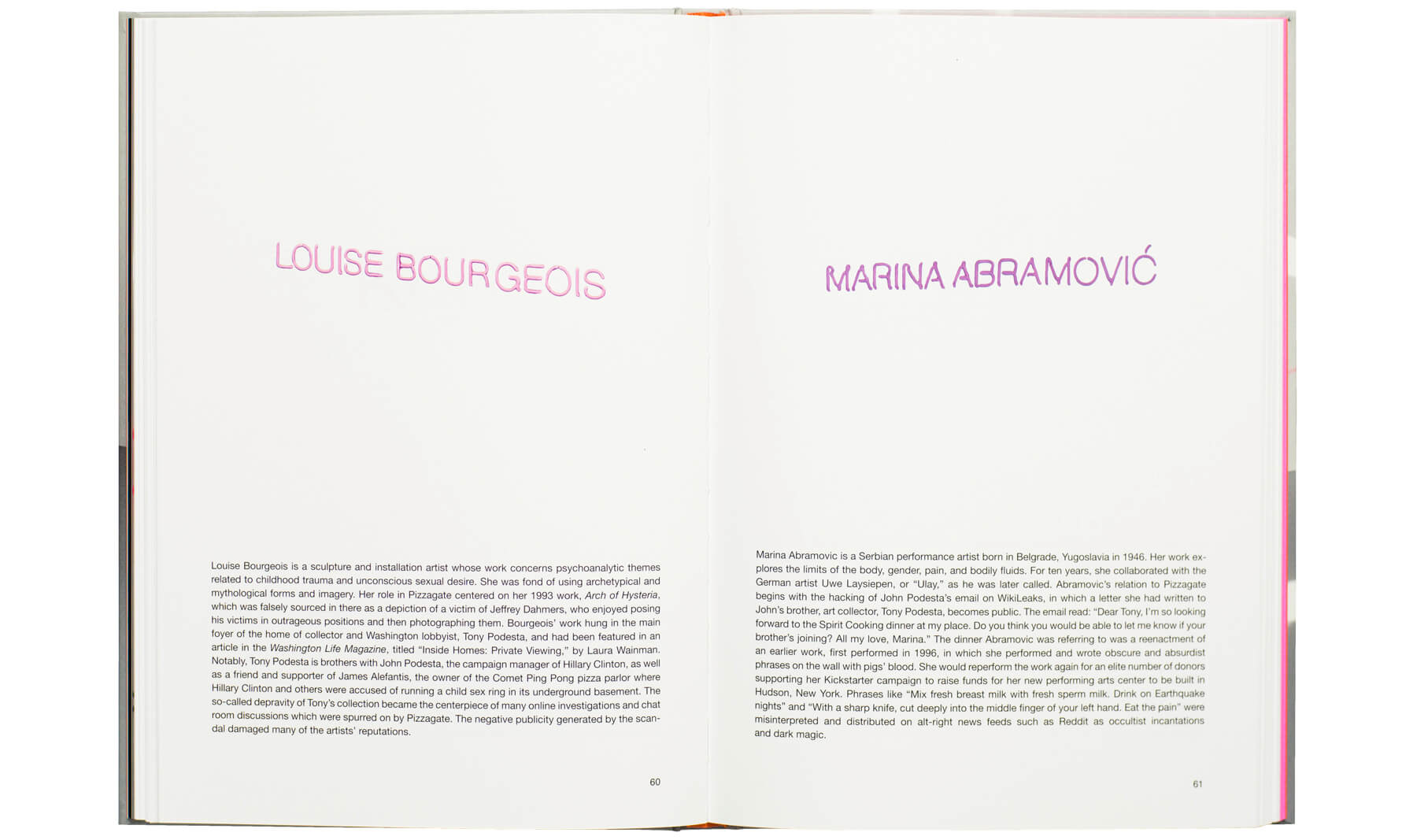 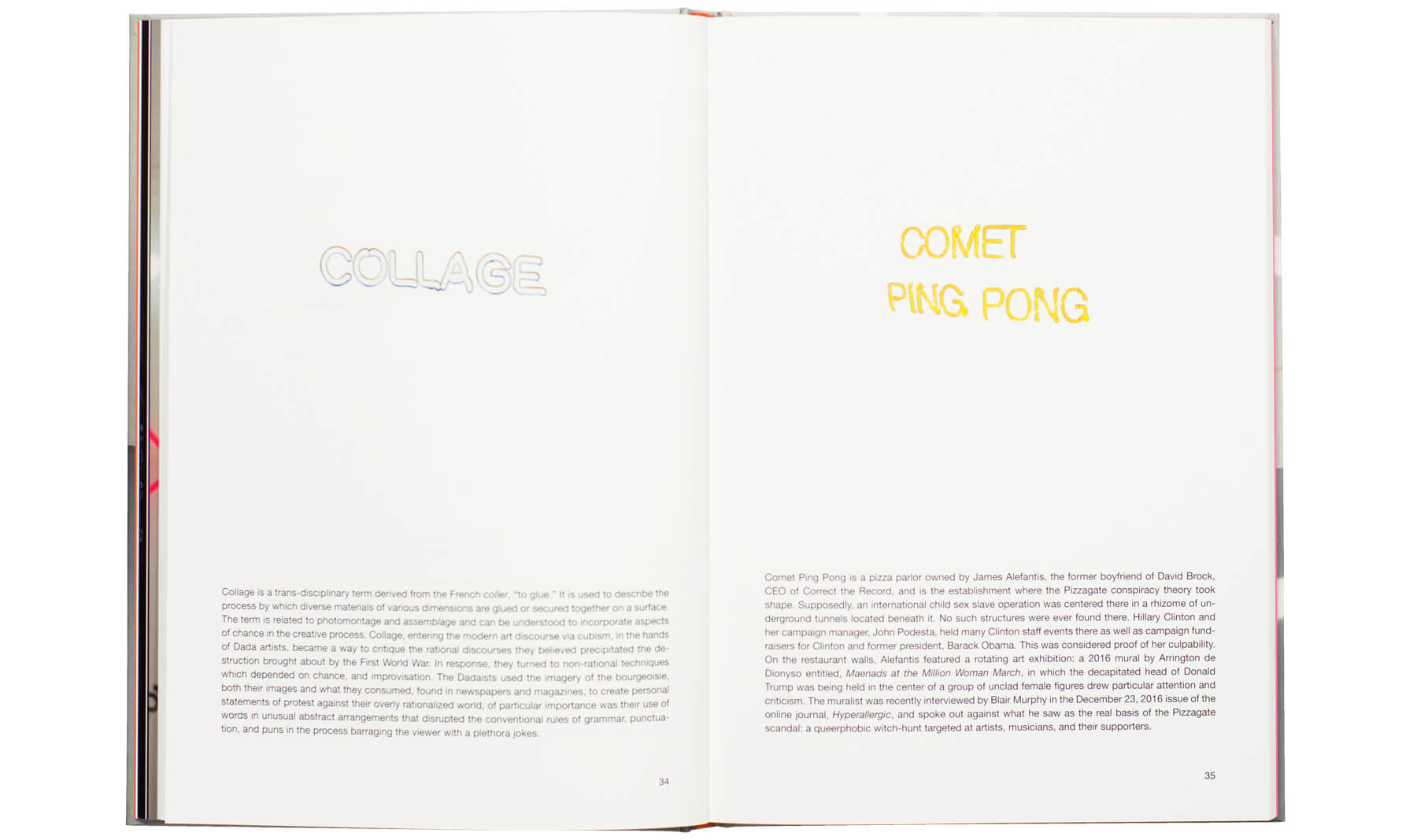 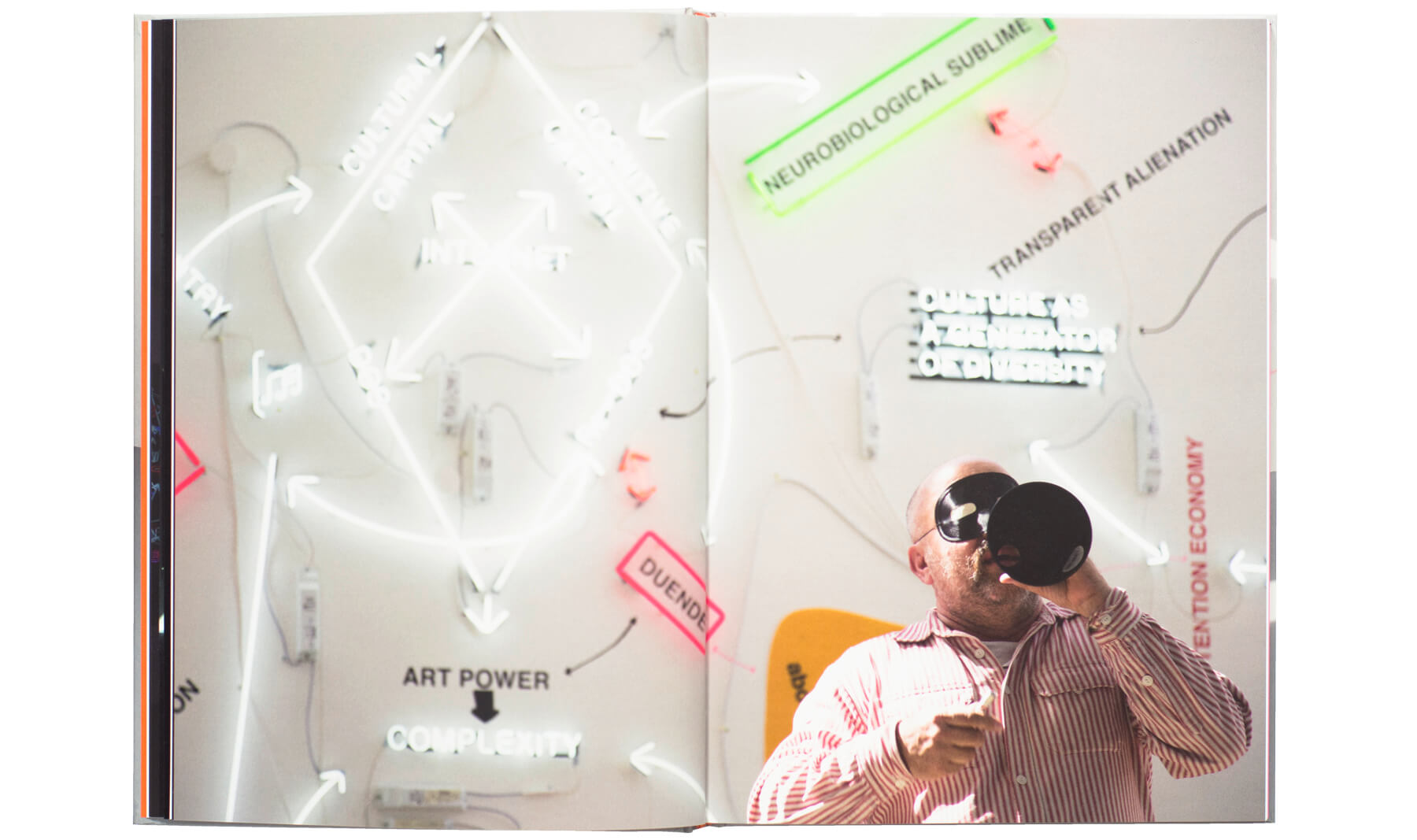 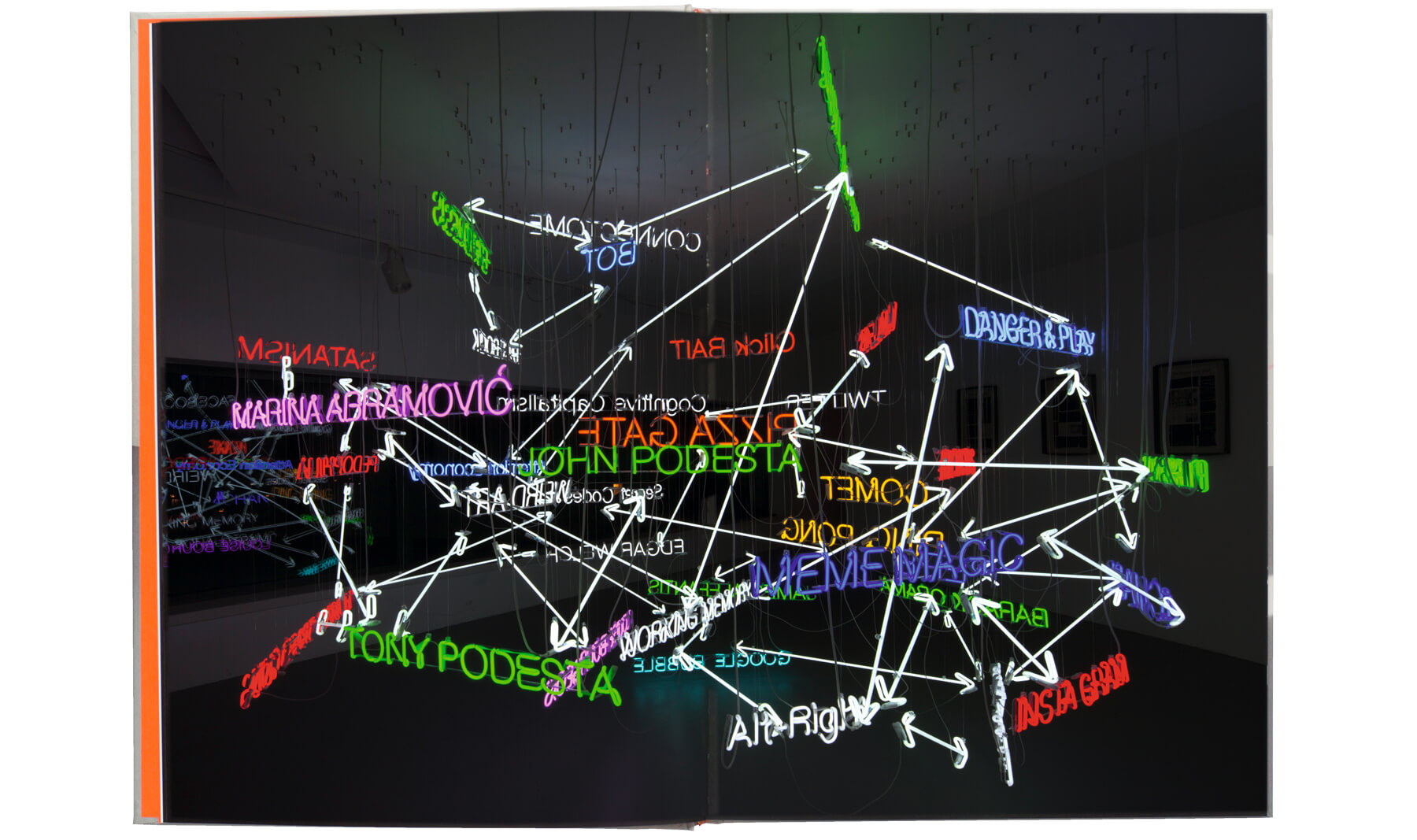 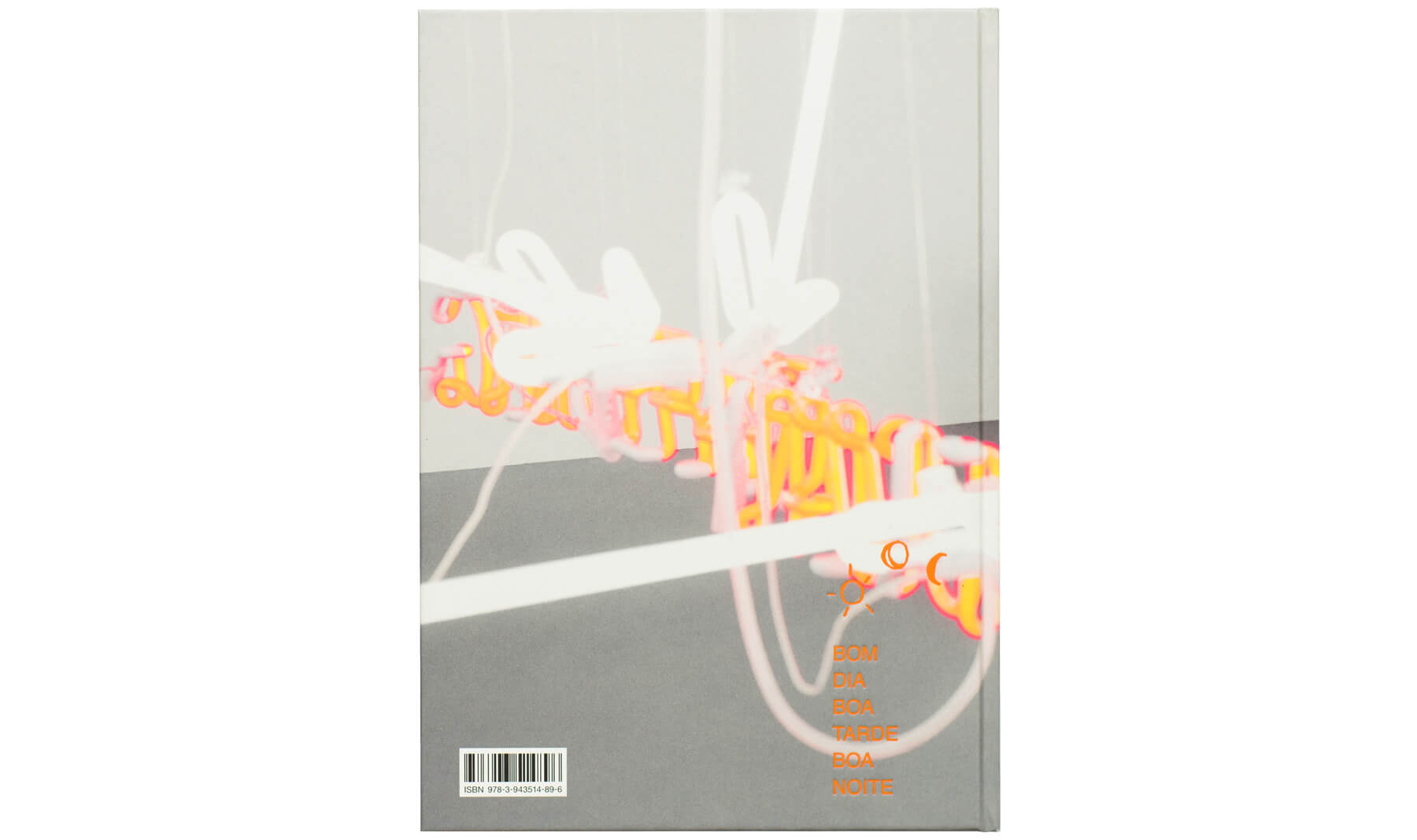 The Color of Politics
by Warren Neidich

This publication is based on the exhibition of the same name hosted by the Verein zur Förderung von Kunst und Kultur am Rosa-Luxemburg-Platz e.V., Berlin, April 28 to June 24/August 19, 2017. Accompanying the two major neon sculptural installations from that exhibition, The Statisticon Neon and Pizzagate, it is an analysis of the emerging political conditions of late-stage cognitive capitalism, conditions in which the brain and mind exist as the factories of the 21st century. Of particular interest in this analysis is the brain’s neural plasticity, and the role of new technologies in harnessing its potential. Also crucial is the role of art in creating new, distinctive methods, atmospheres, and intensities with which to thwart new methodologies of subsumption.