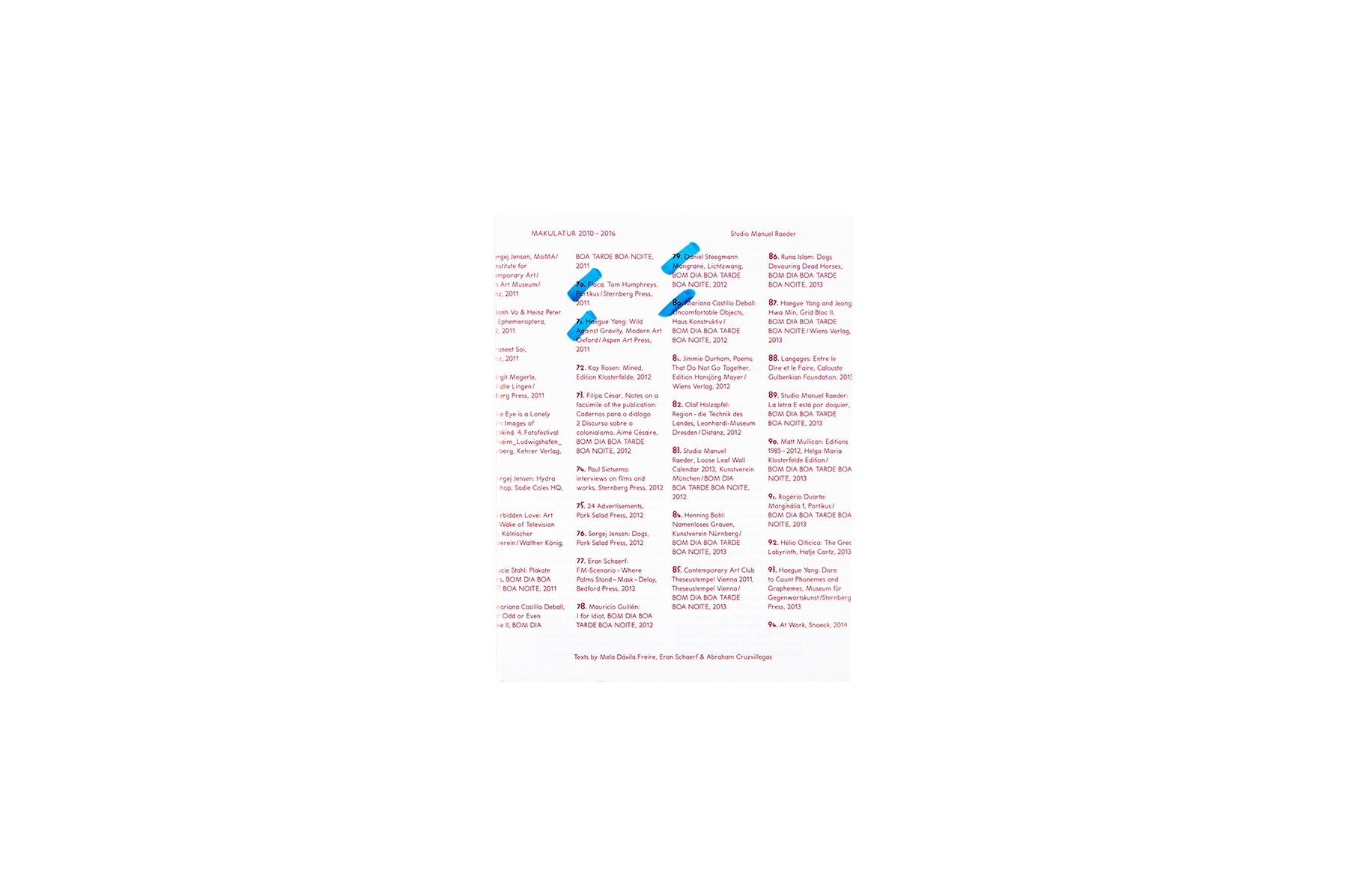 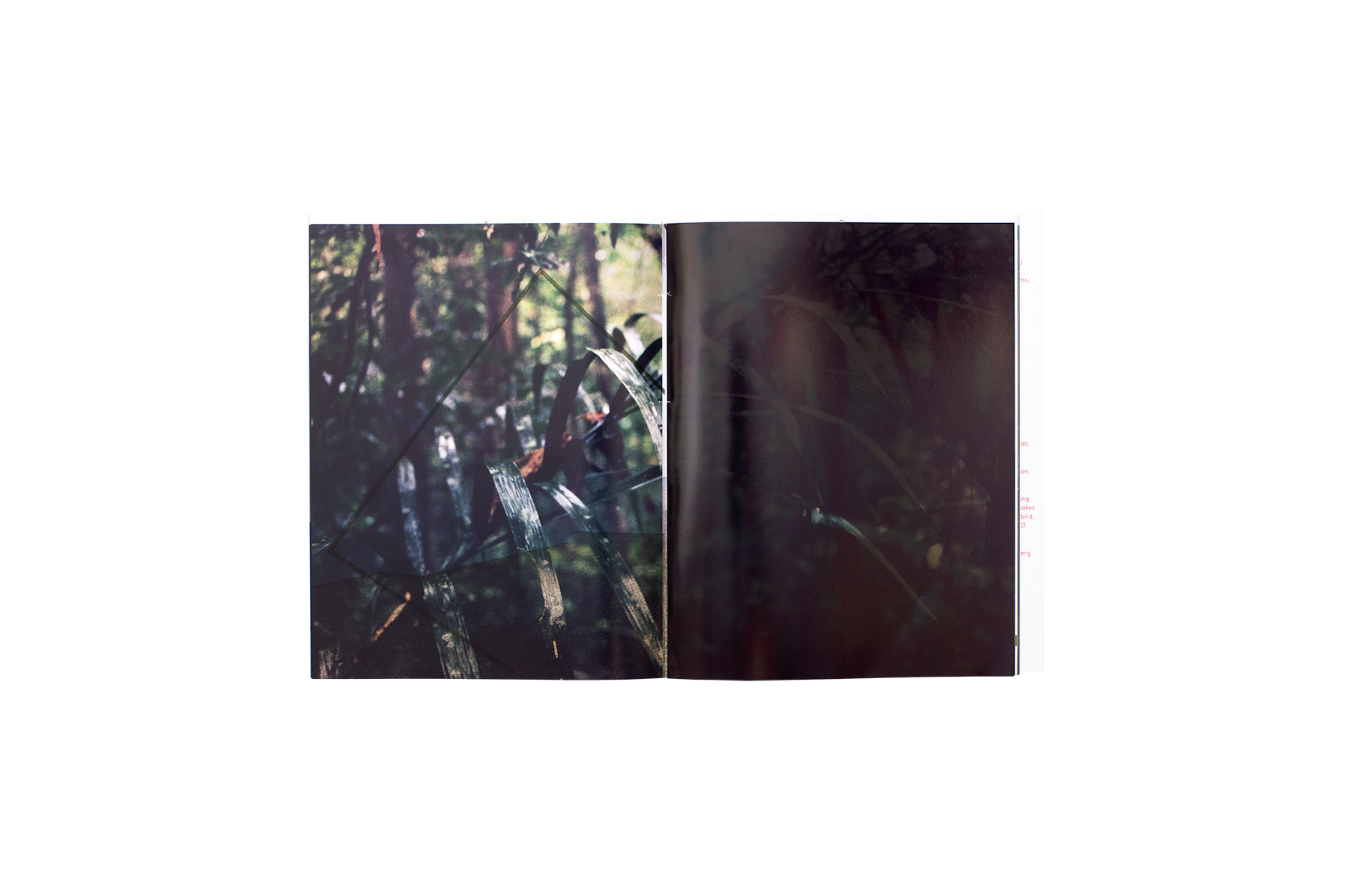 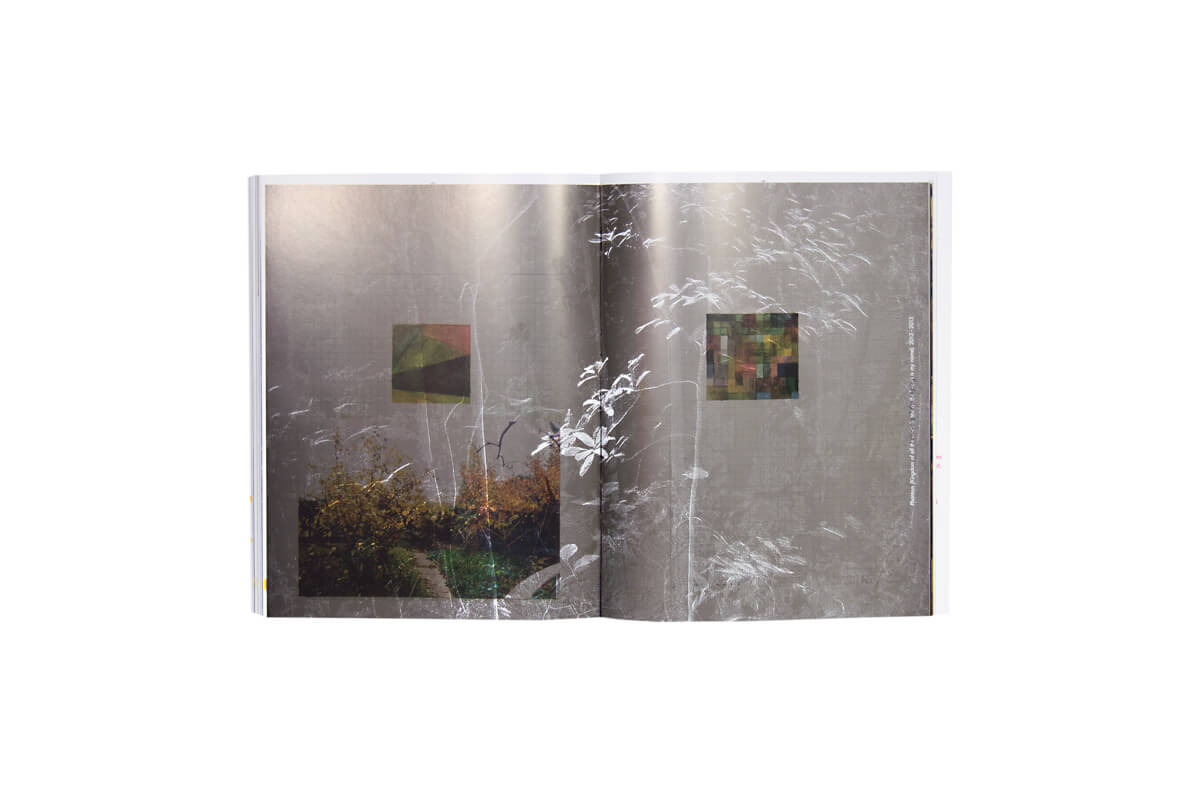 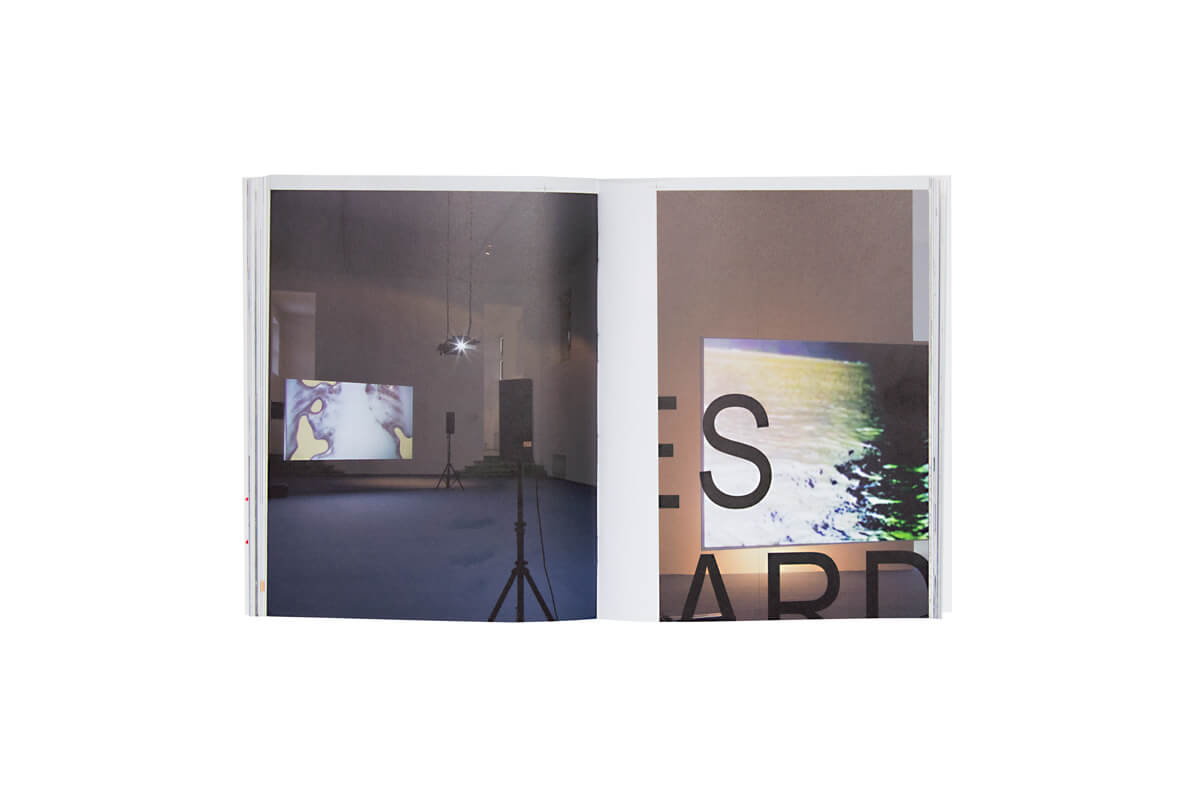 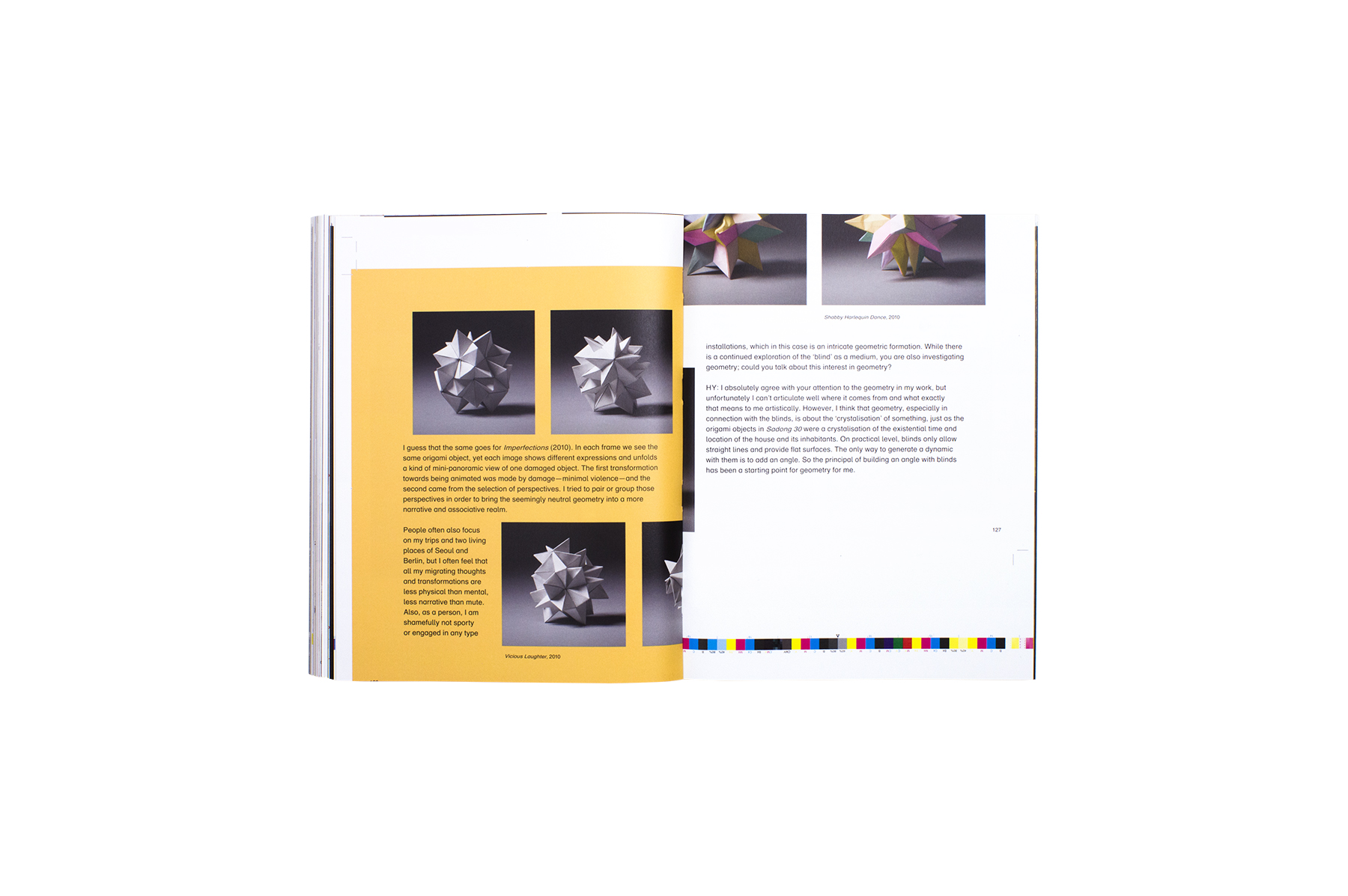 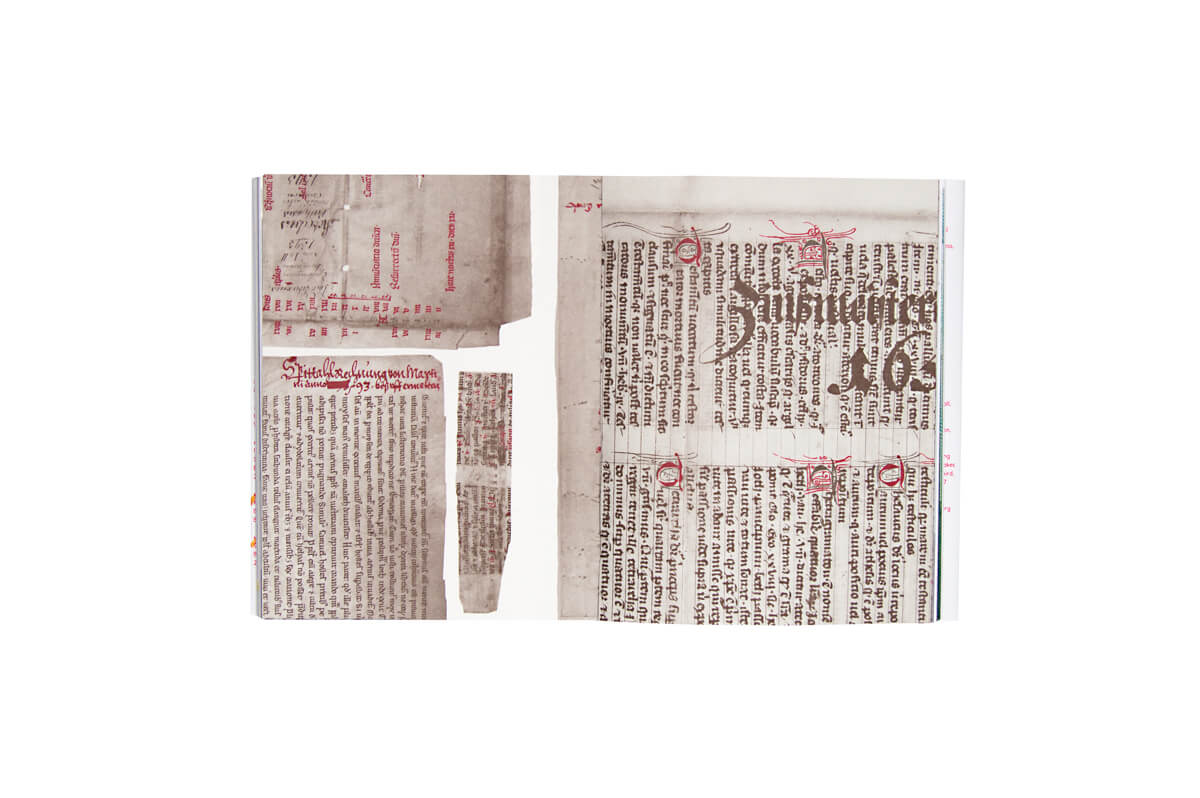 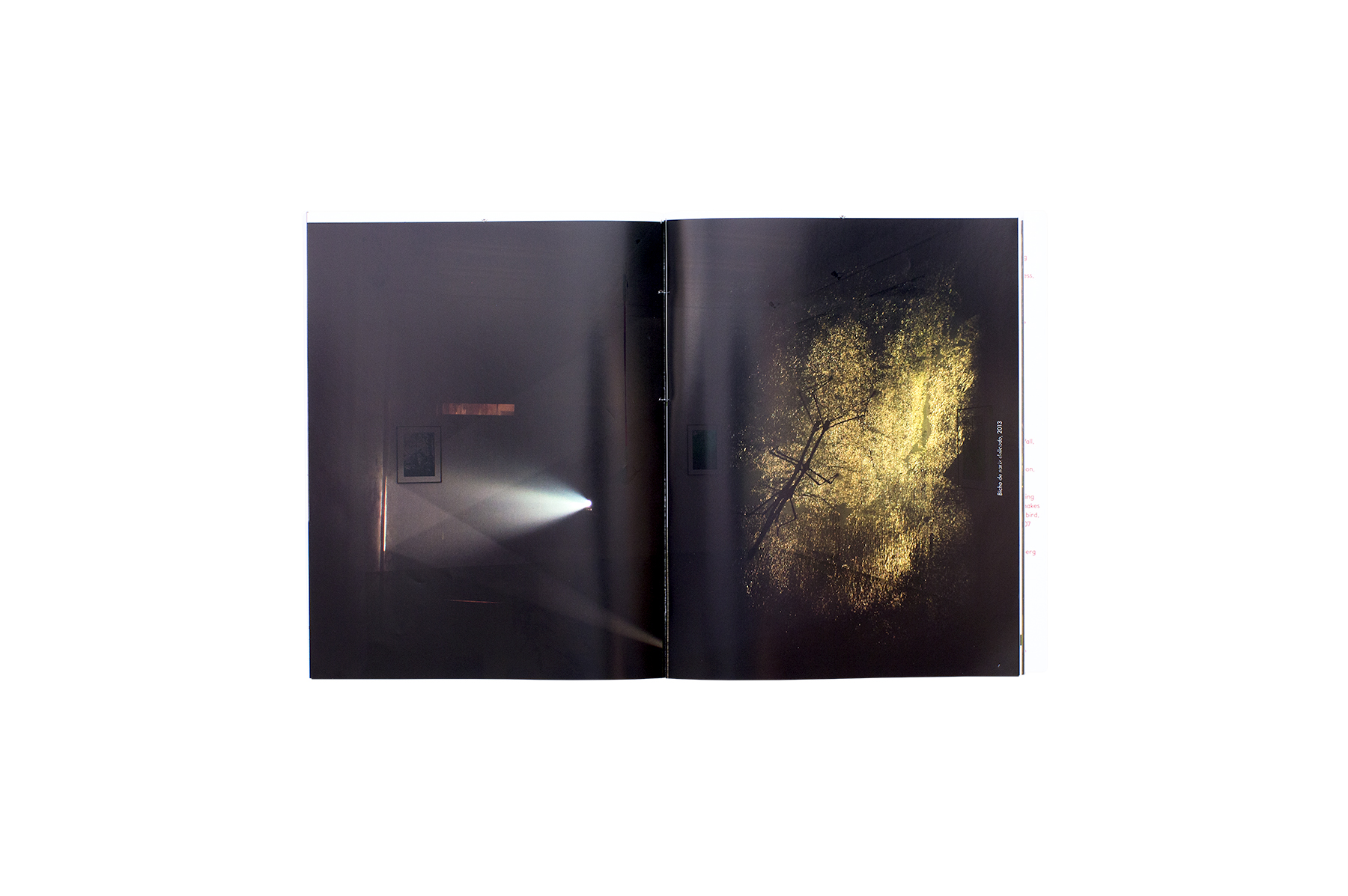 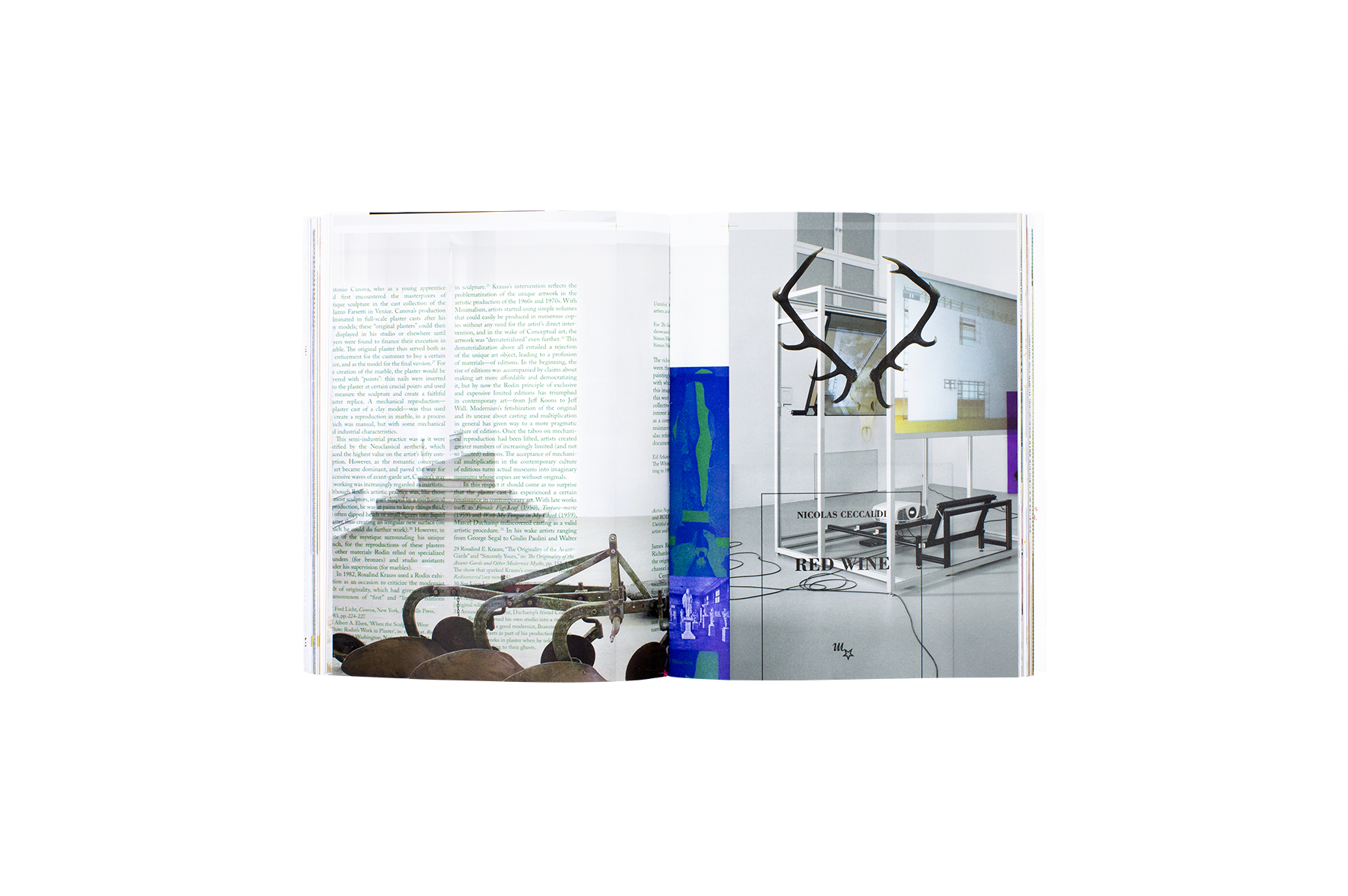 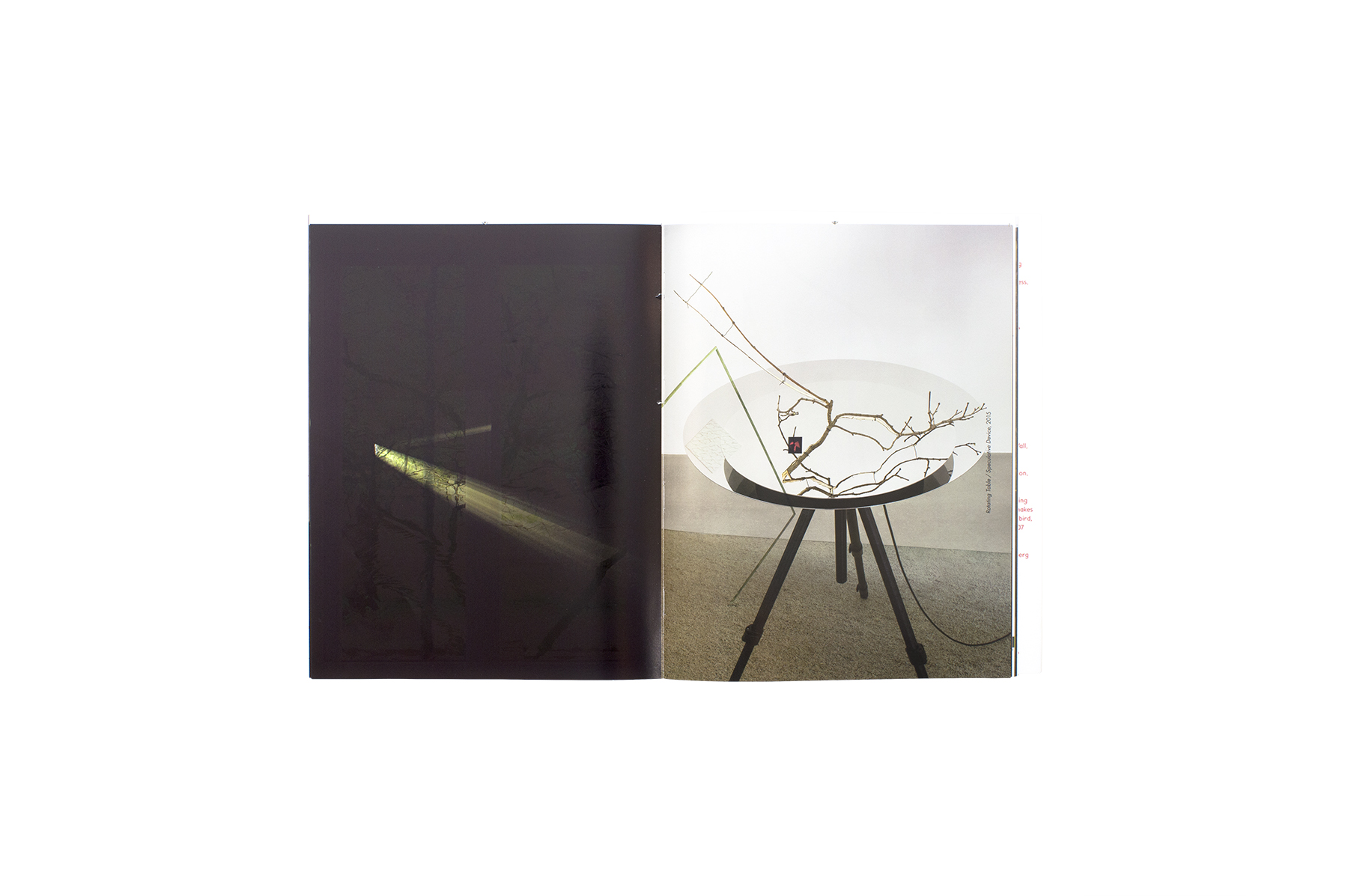 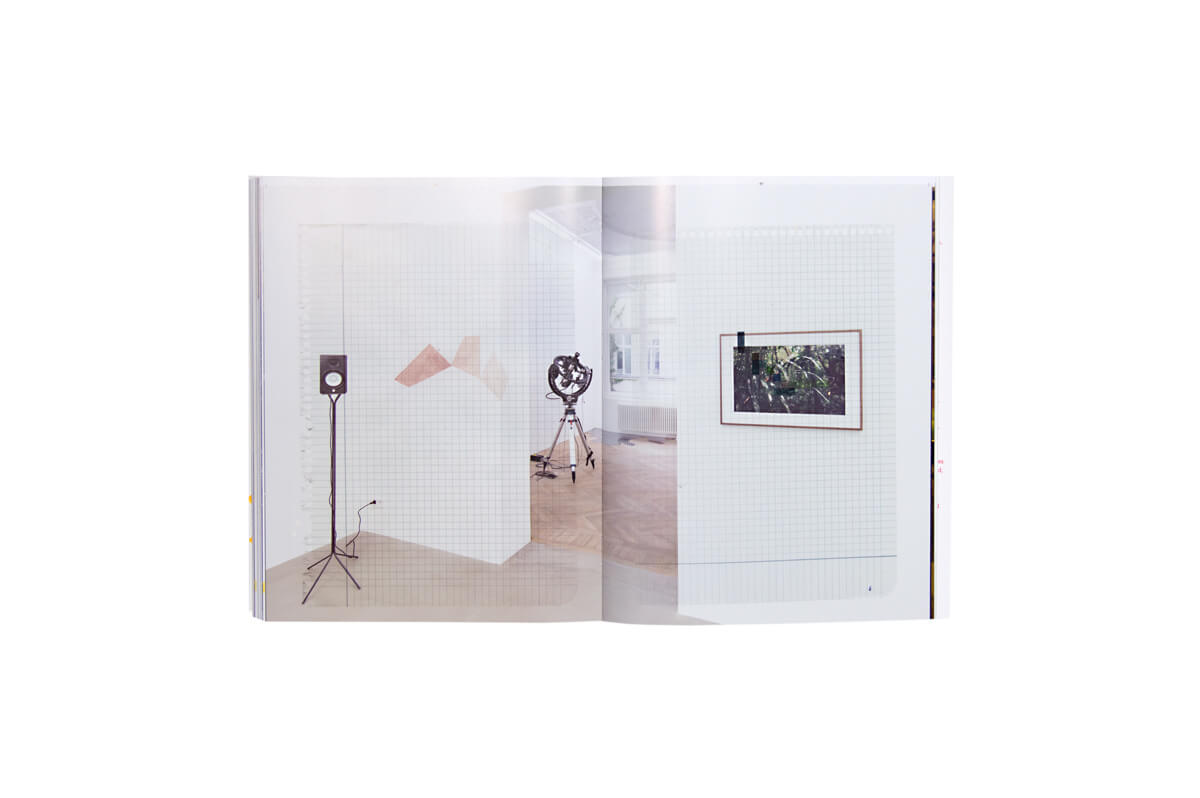 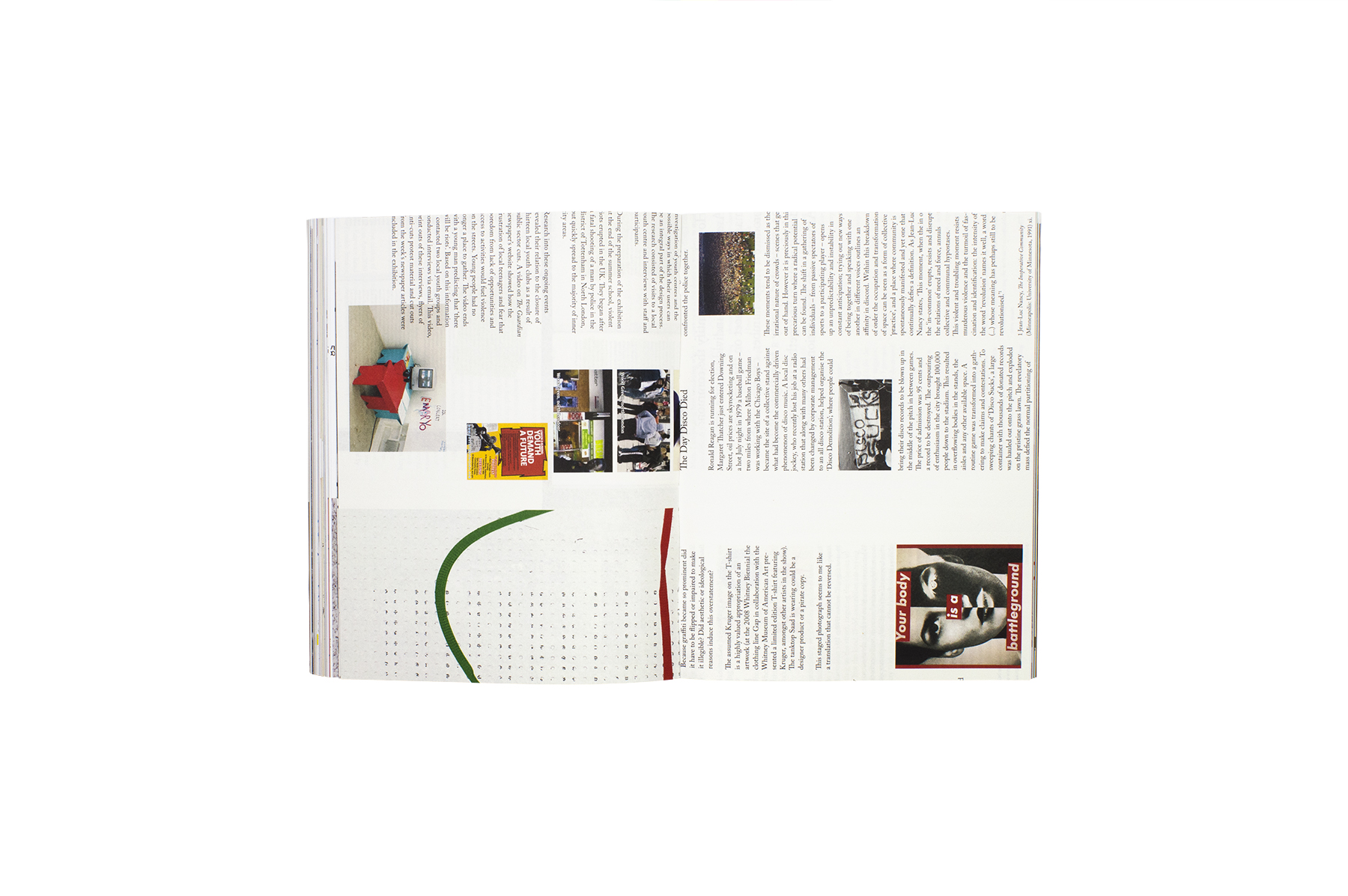 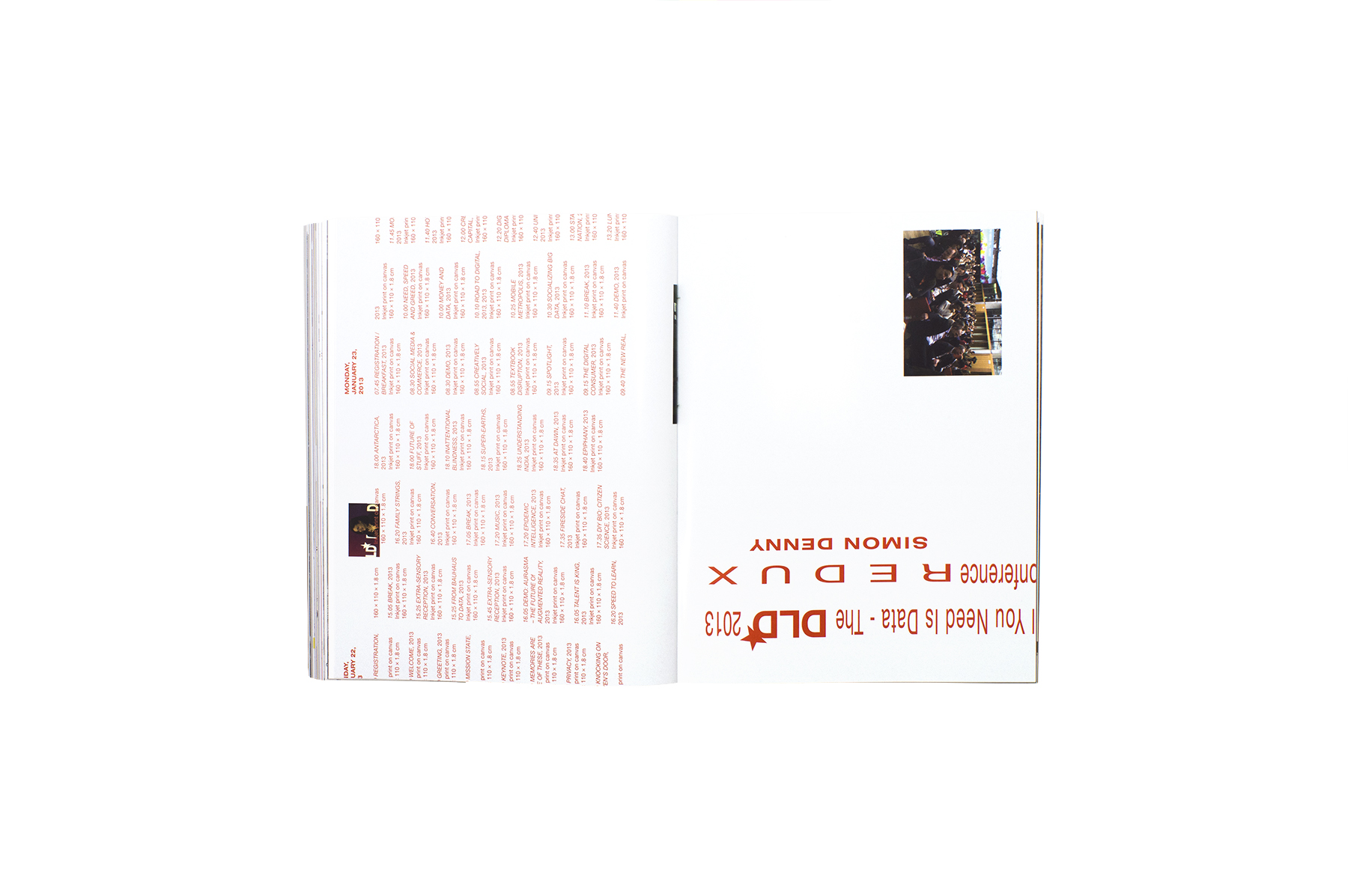 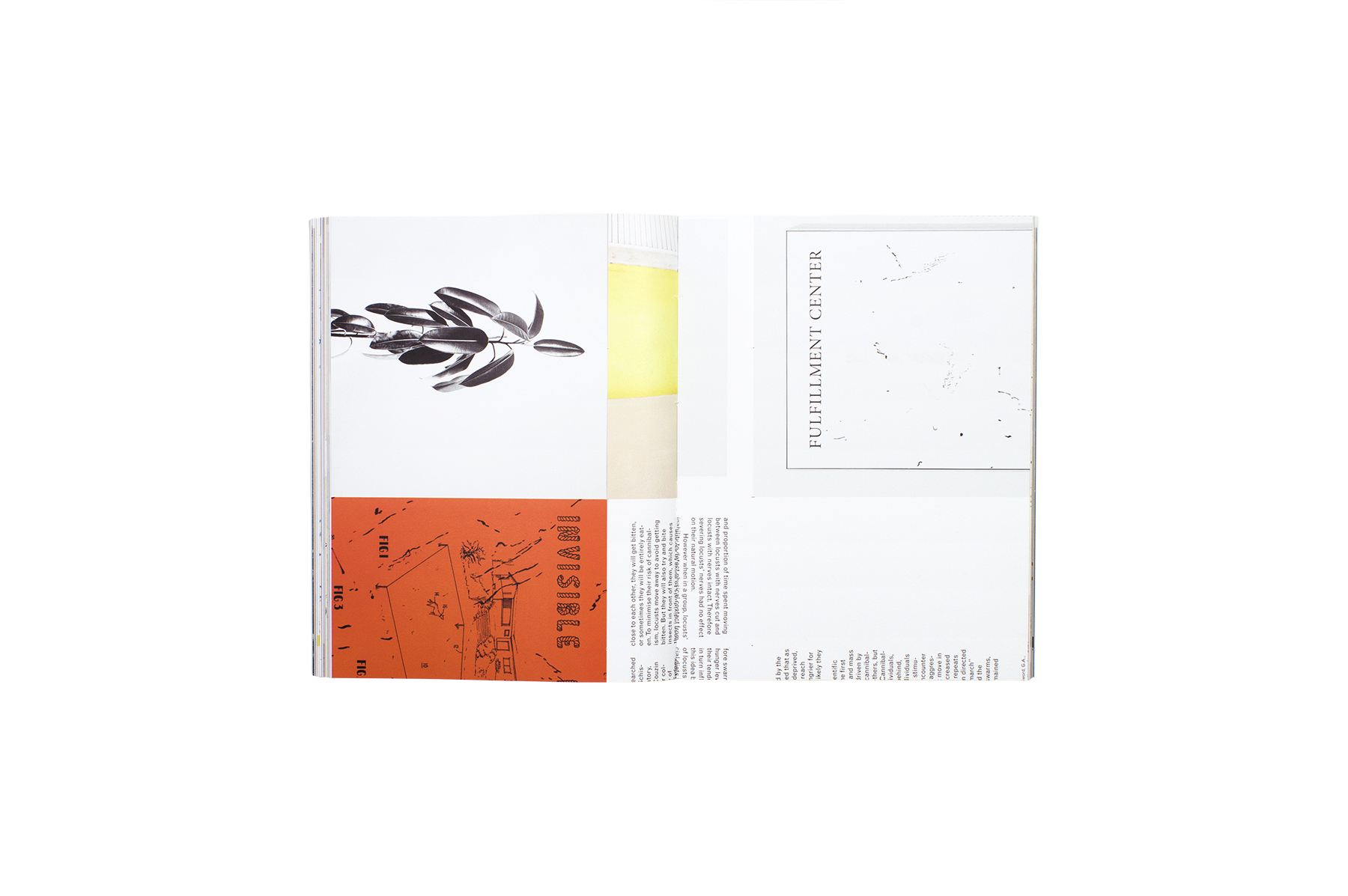 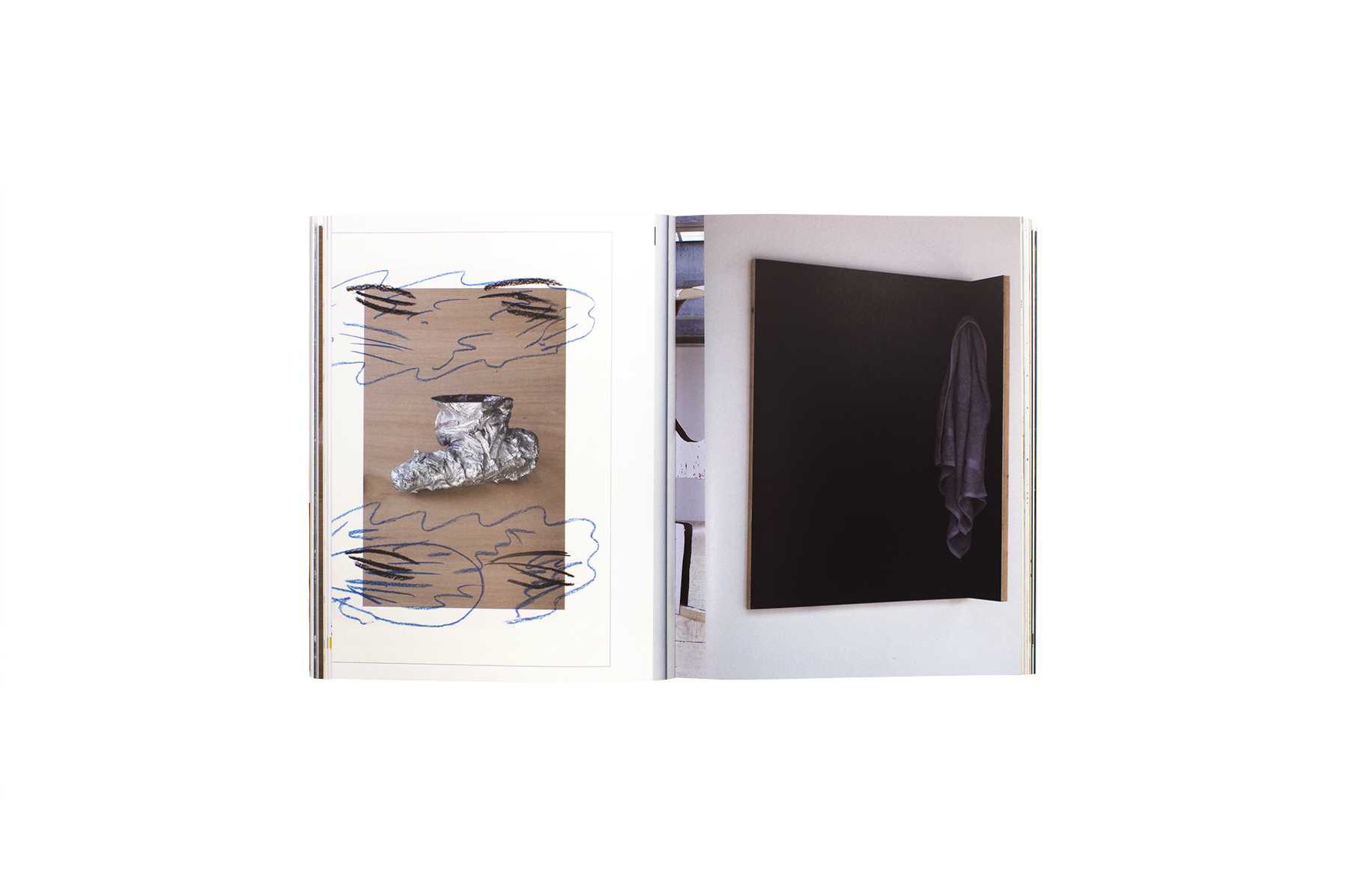 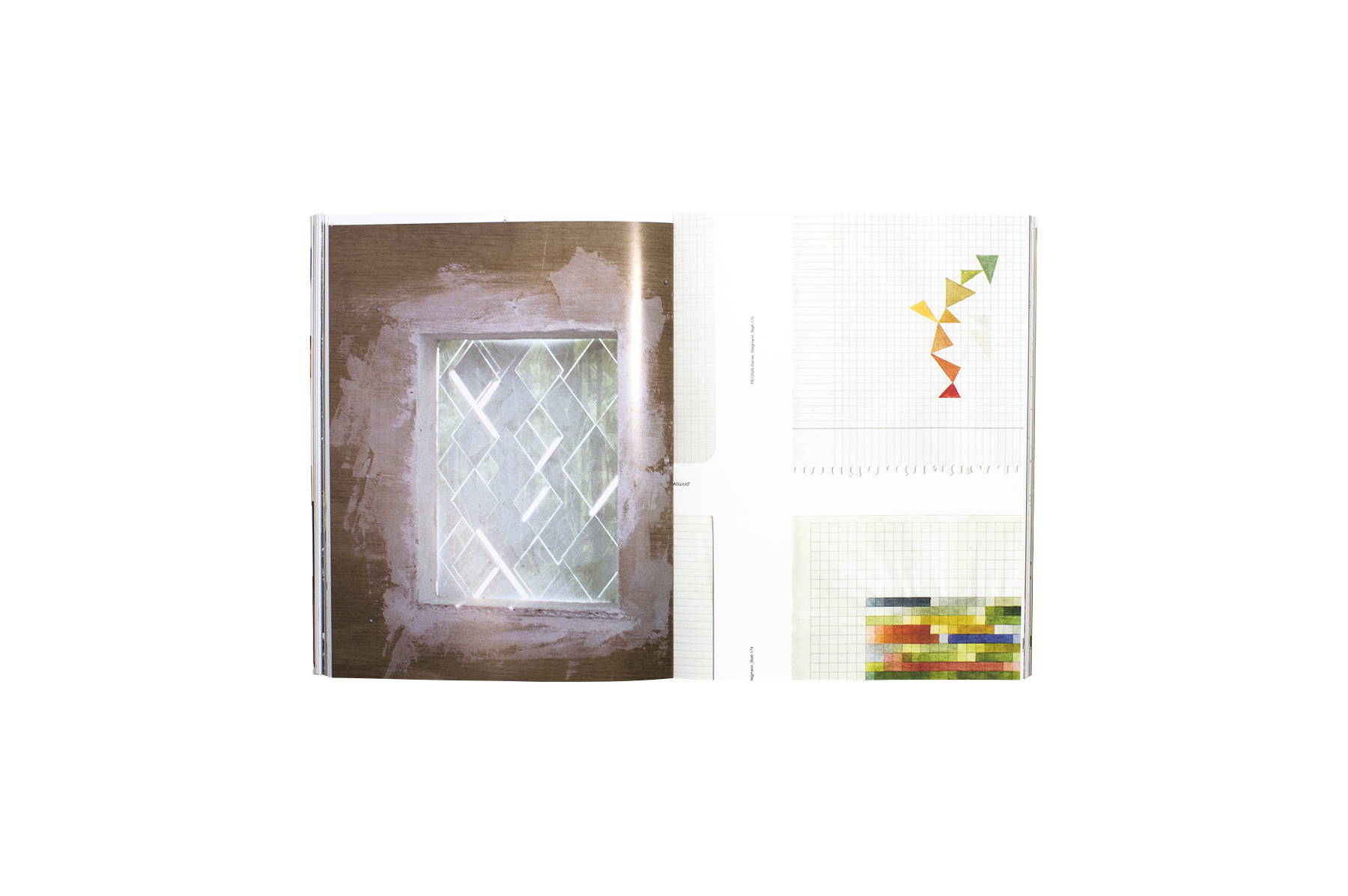 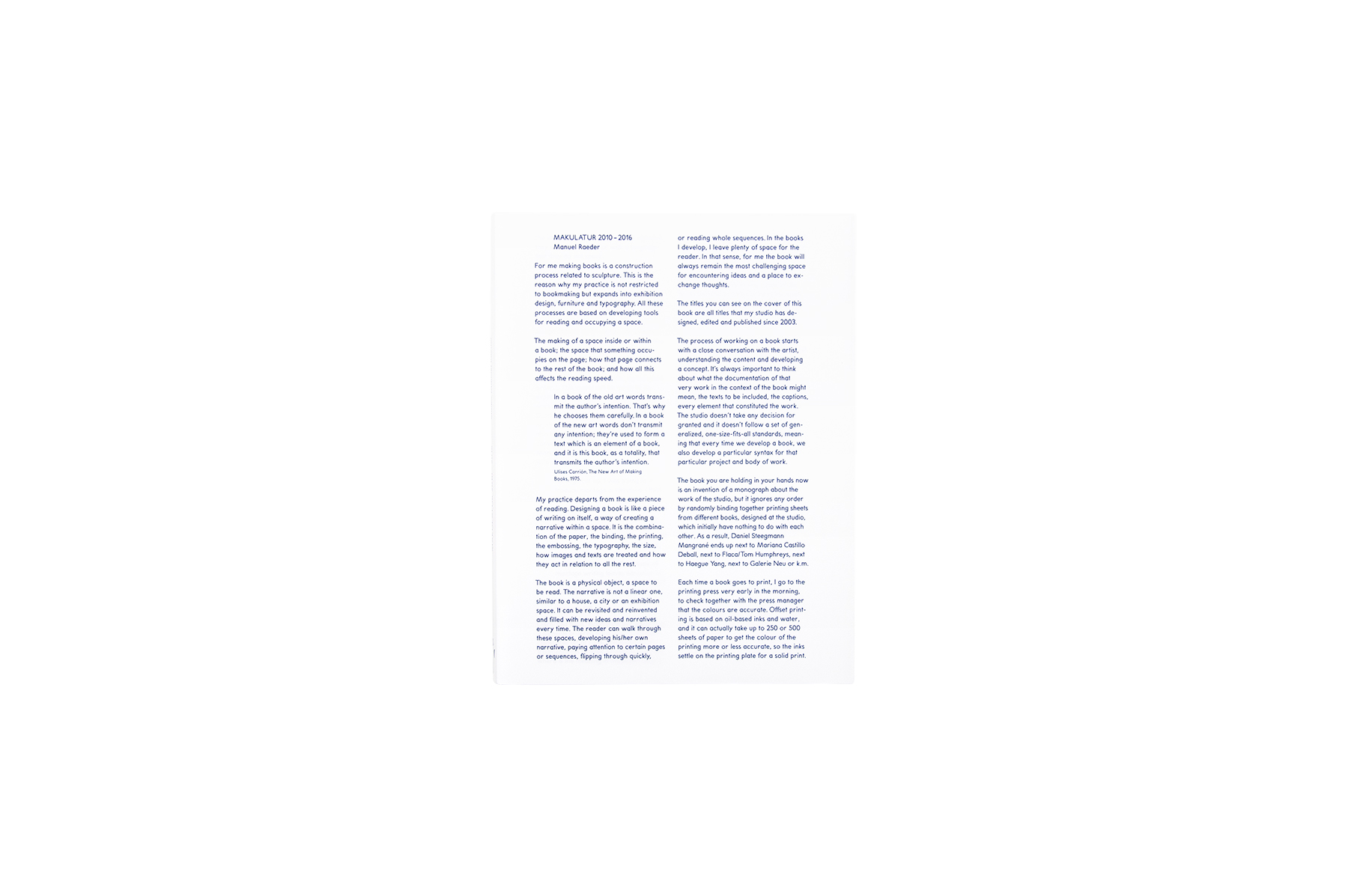 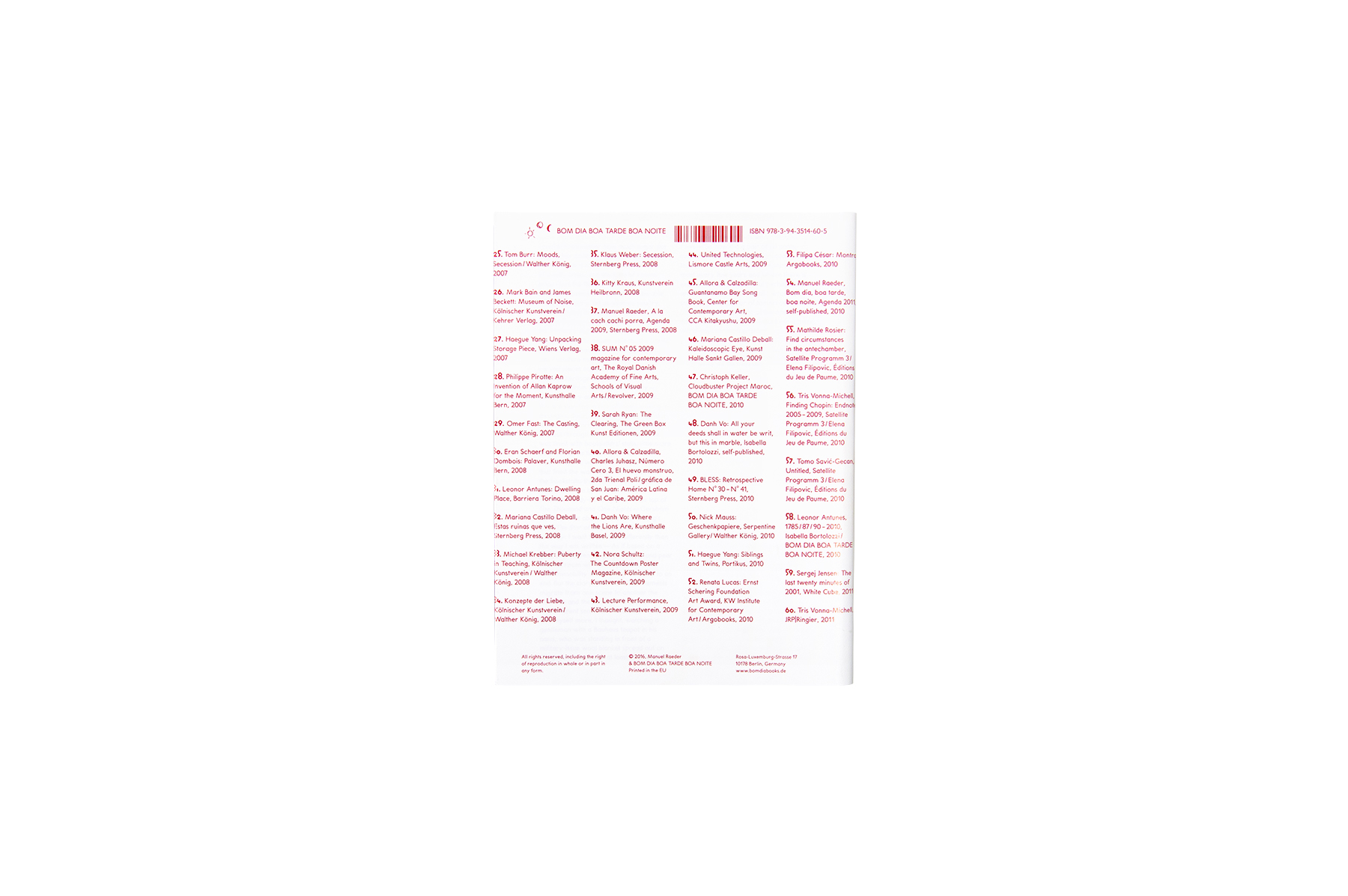 Makulatur, a German word that derives from lat. maculatura ’something stained’, refers to misprinted paper that is discarded at the beginning of the printing process as use- and worthless. In 2010, the graphic designer Manuel Raeder started to collect and preserve misprinted sheets of all the publications he designed not only for his own publishing house BOM DIA BOA TARDE BOA NOITE but also for fellow artists and institutions.

These original waste paper sheets, with different qualities and grammatures, – trails, testy or stains – were combined to a new volume as a compilation of maculae ’stains’. Thus, dissolving the spoiled material from the realm of invisibility and displays it to the public whereby the Makulatur book reveals and reflects on the conventions of a book.