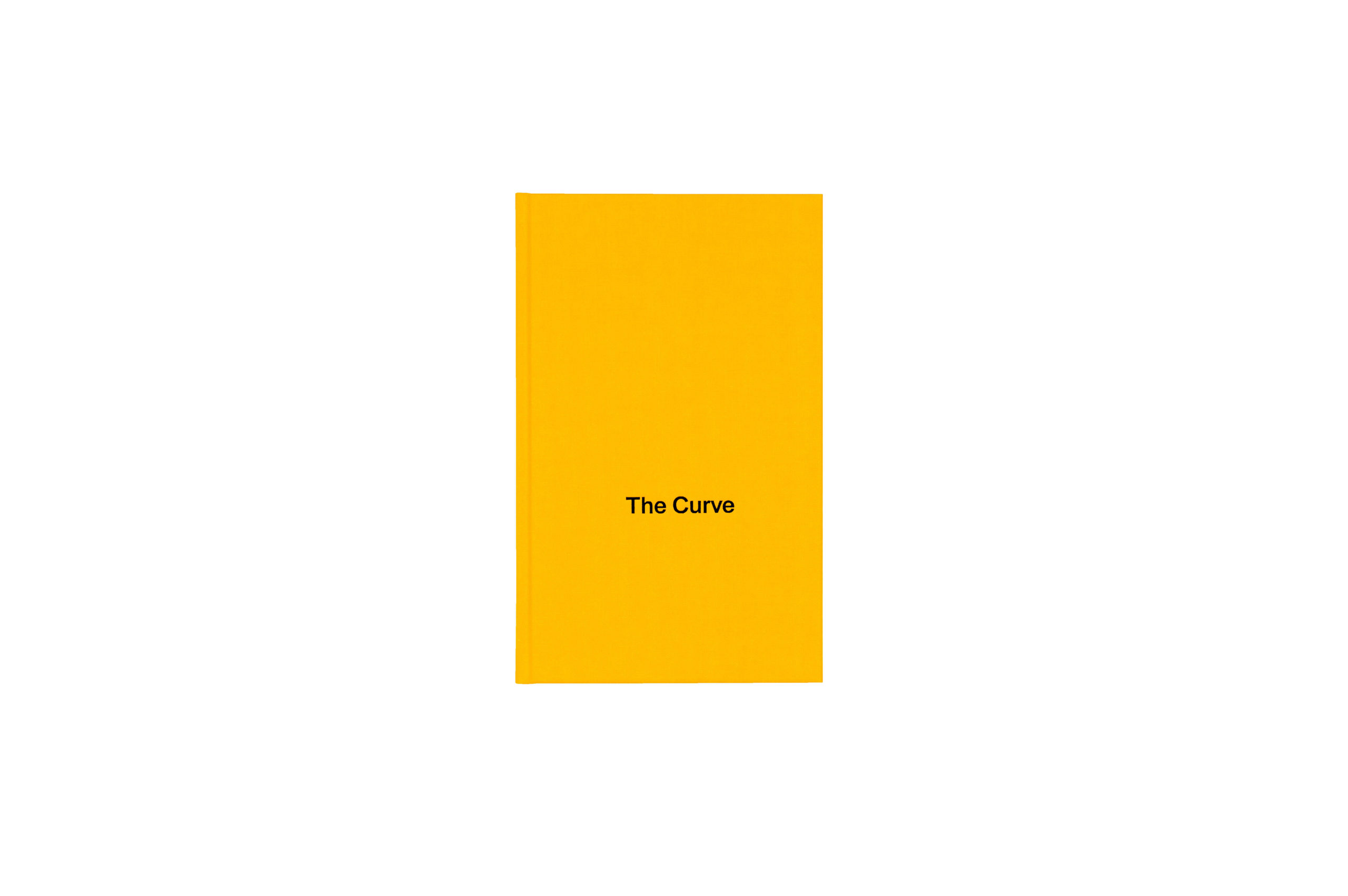 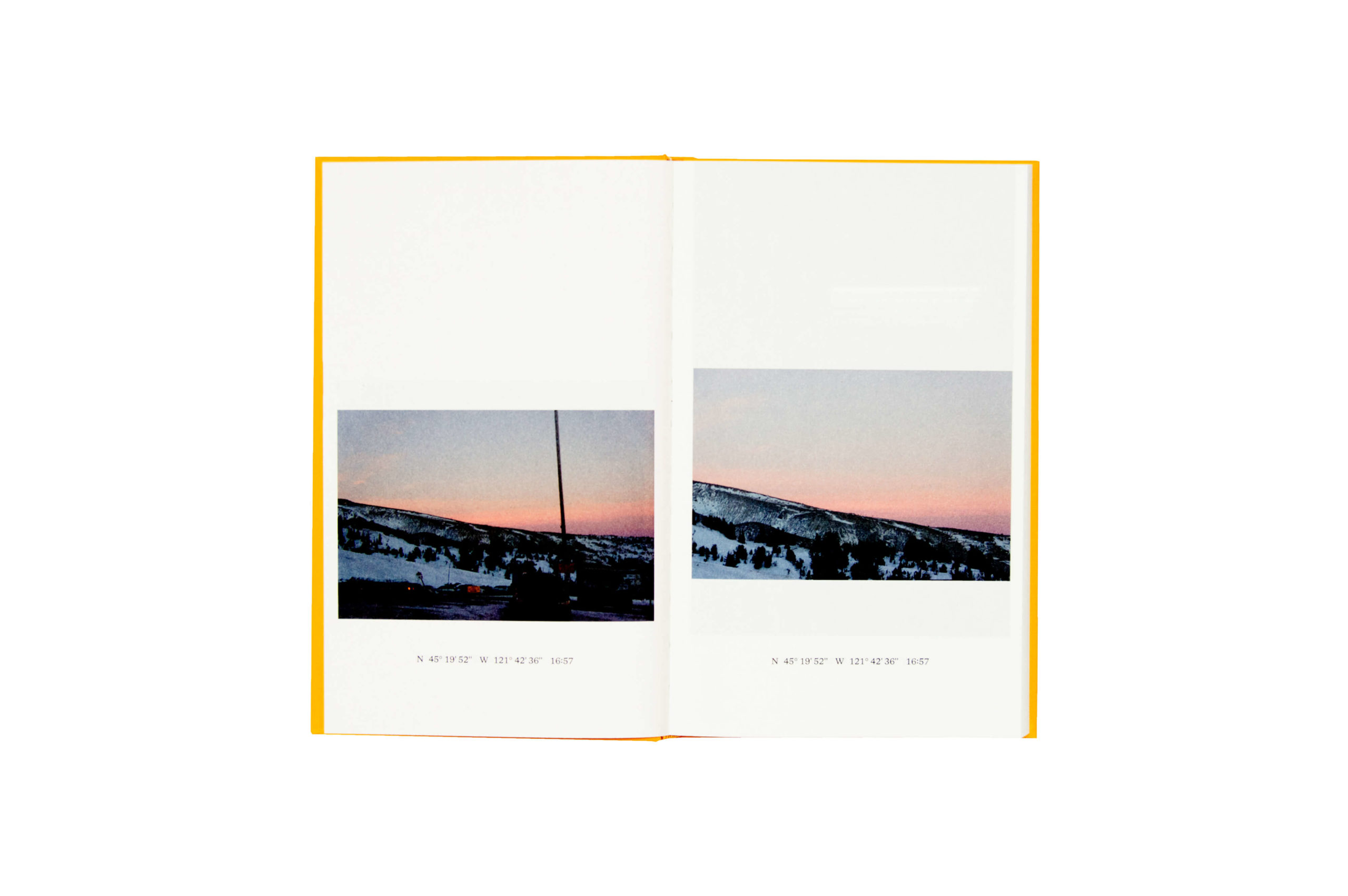 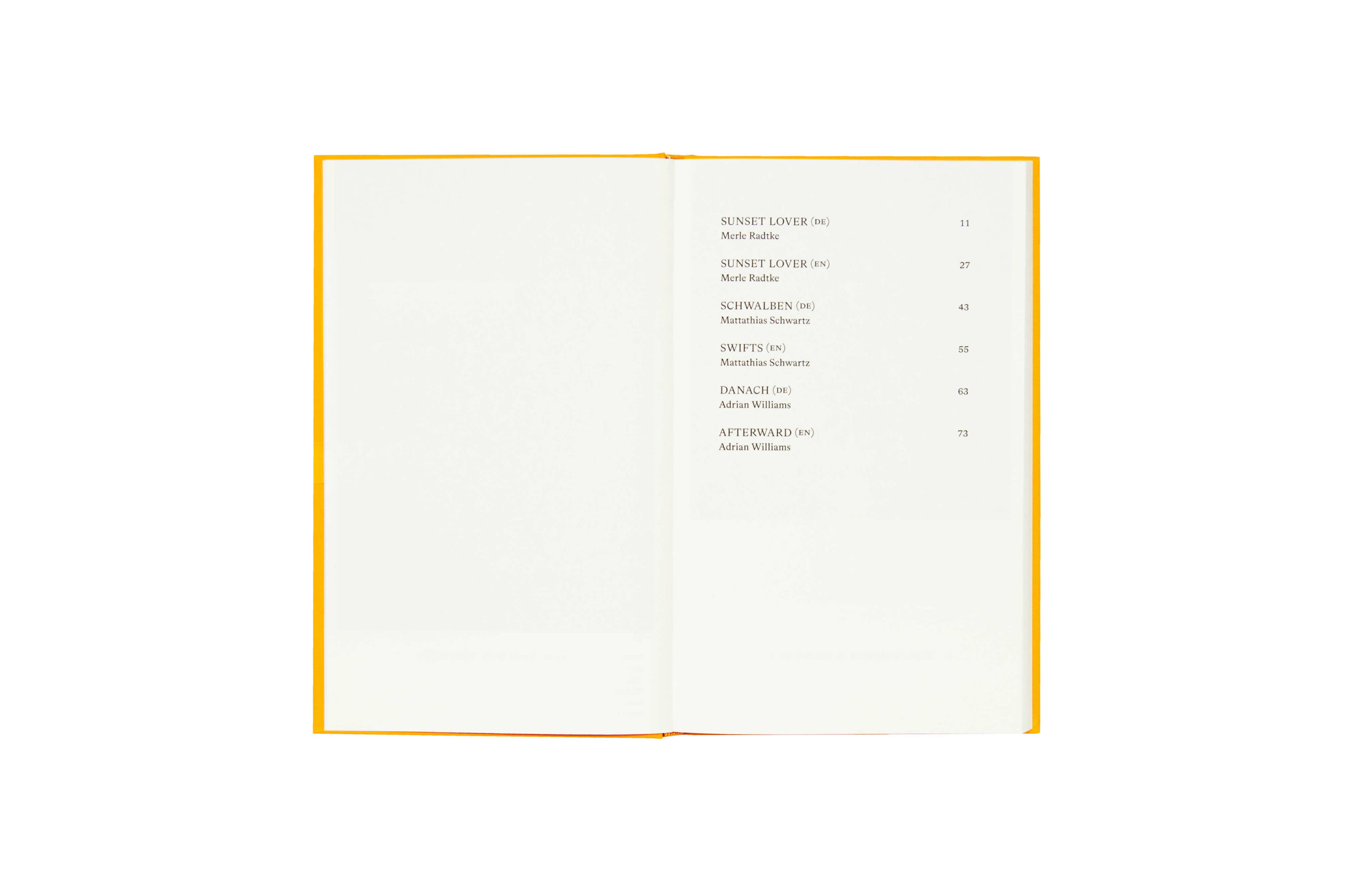 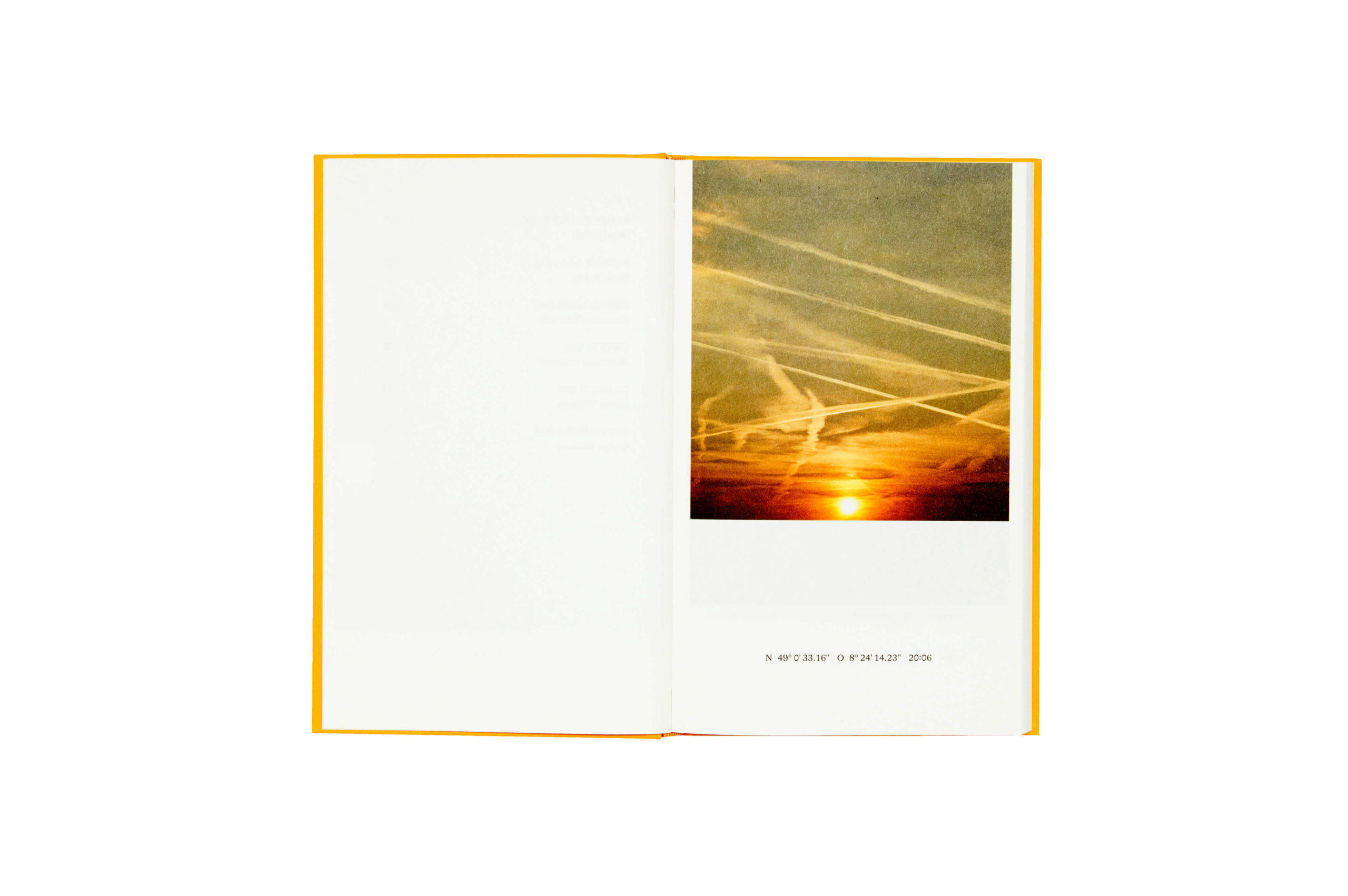 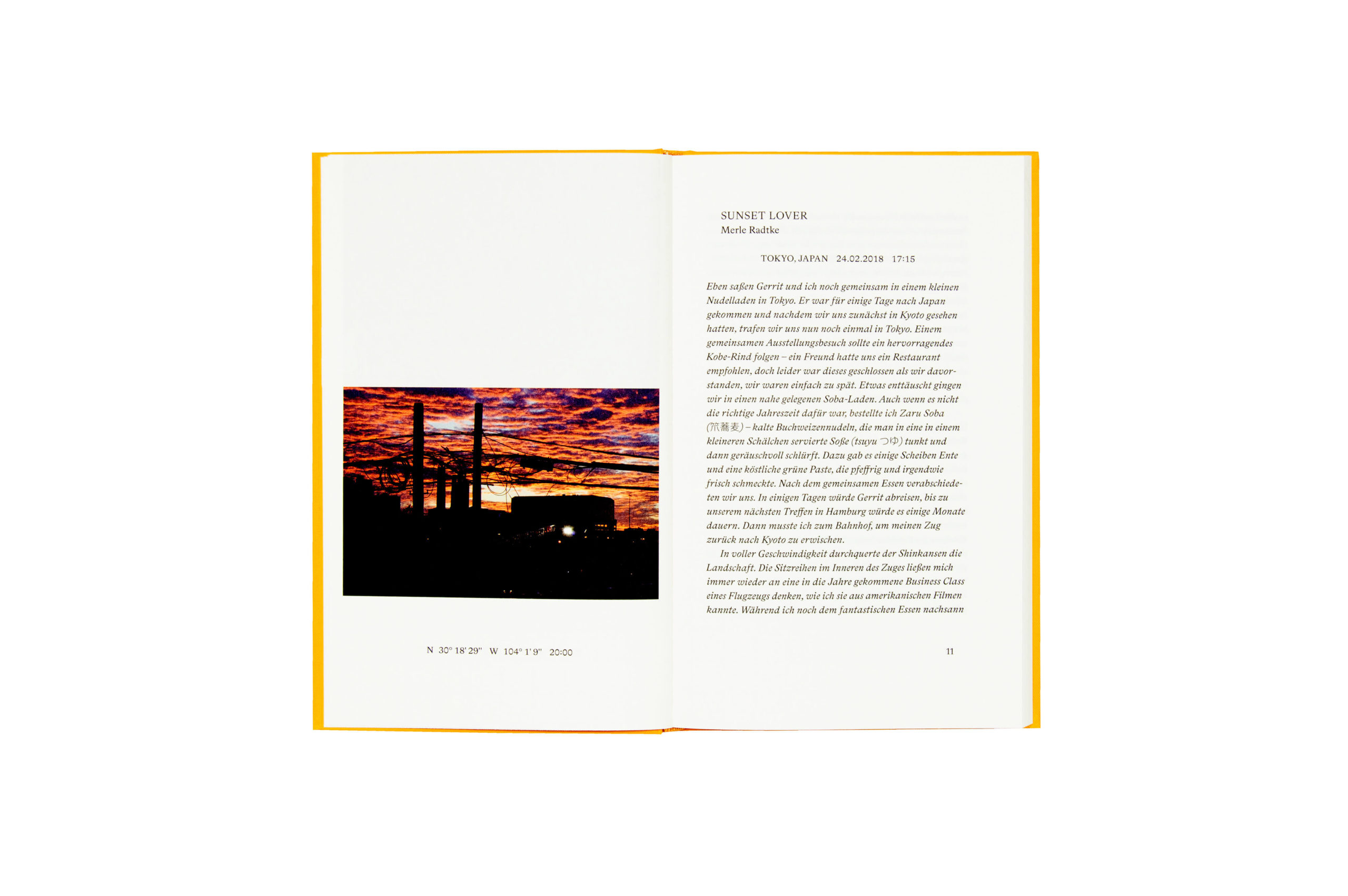 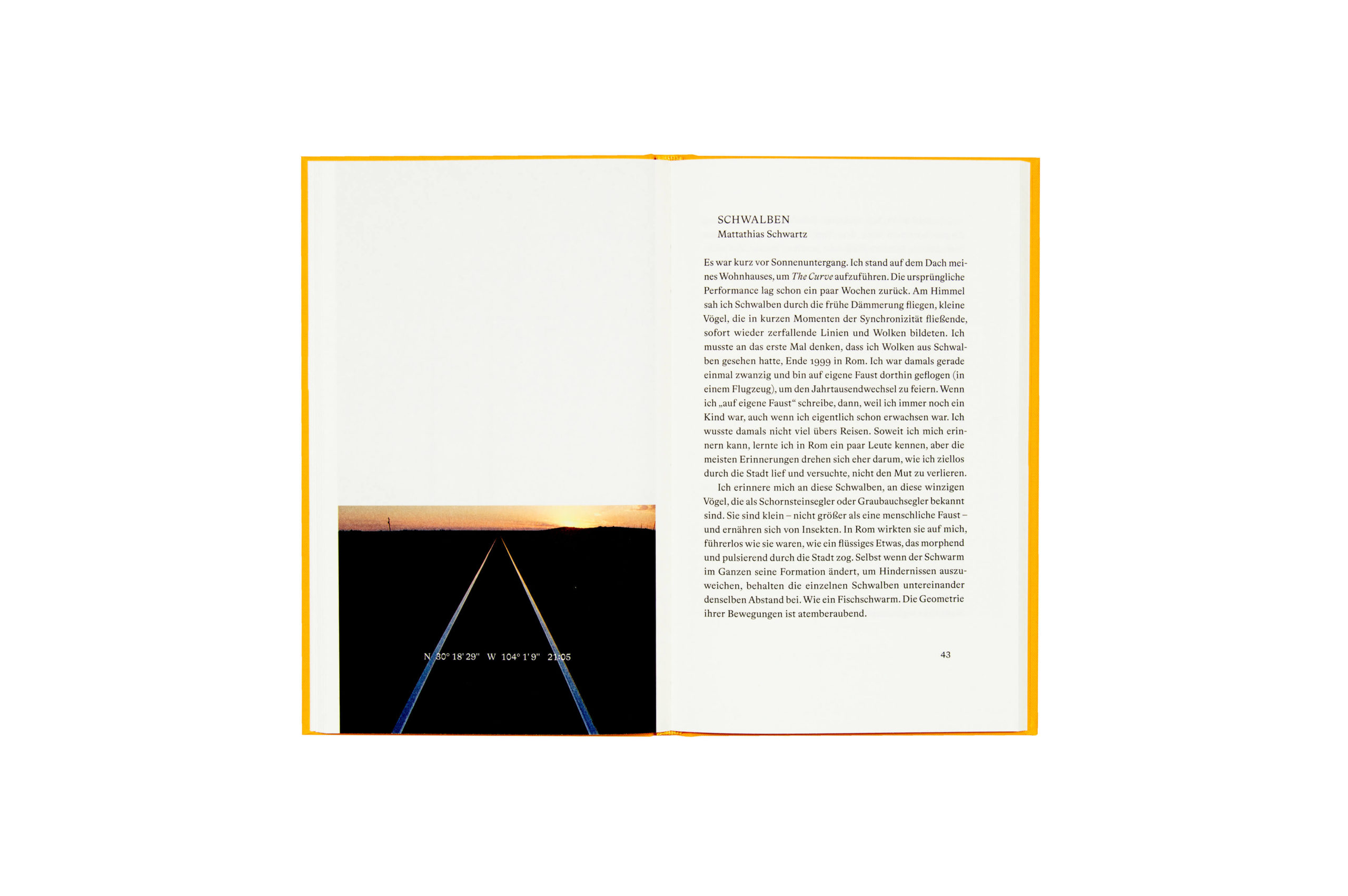 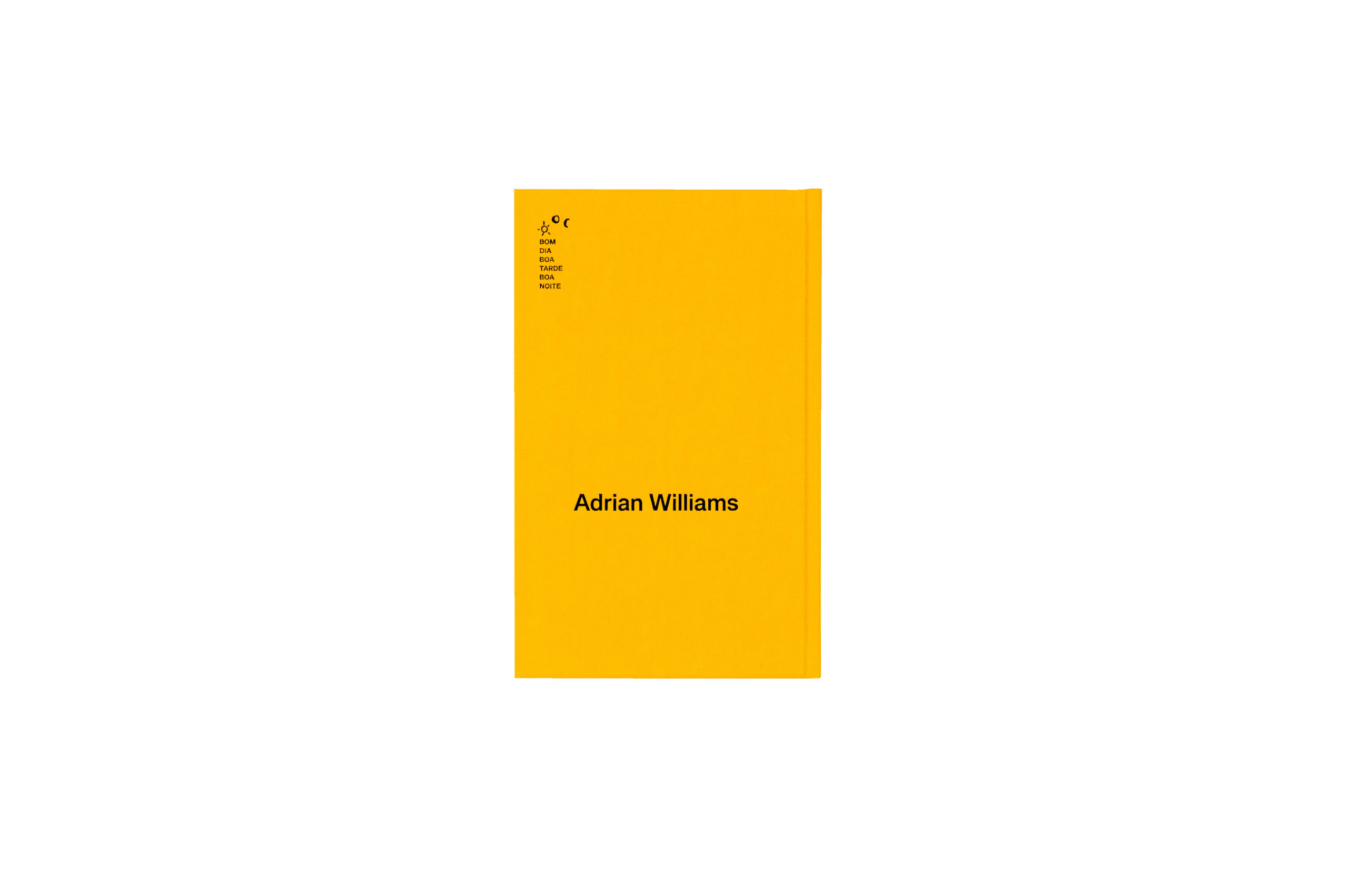 The Curve
by Adrian Williams

Adrian Williams. The Curve focuses on the sunset, the moment between day and night structuring our days into a before and an after. Our baring witness to the sunset relies on the specific constellation of time and place, events bound to the trajectory of the sun. The book is composed of three reflections on this space of transition as the sun slips beyond our line of sight. The horizon, the line between earth and sky becomes a surface for projection, for form in the absence of it, and although the sun sets every day, its movement familiar and predictable, it is nevertheless spectacular.

The Curve is based on a performance of the same name by the U.S. artist Adrian Williams, realized in 2019 with six musicians at Preußenstadion home of the third-division soccer team SC Preußen Münster. At sunset, the stadium became the setting for an acoustic intervention of light and sound. The book extends the performance beyond its original venue with Münster’s Preußenstadion as its starting point. The three authors introduce encounters at dusk from different perspectives and tell stories linked to the course of the sun. Merle Radtke shares memories of sunsets seen and the art historical relationships to the natural spectacle we award them. From a rooftop in Washington, D.C., Matthathias Schwartz reenacts The Curve, listening to recordings from the stadium in Münster, at another place and time. Adrian Williams writes through the piece of the piece, voicing a possibility for the work’s intent. These three texts are wound between Williams’ photographs of sunsets at dusk: light on clouds, a reflection in a window, the glow behind a mountain. These images are always evidence of an instance recorded, of having been present at a time and place, for the meeting of the sun at the horizon. 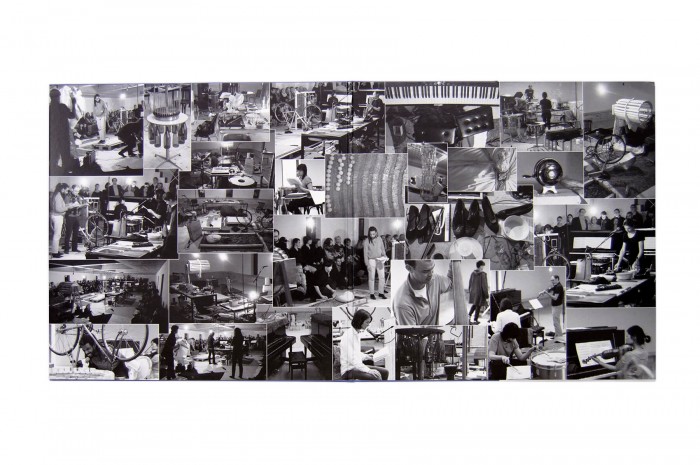