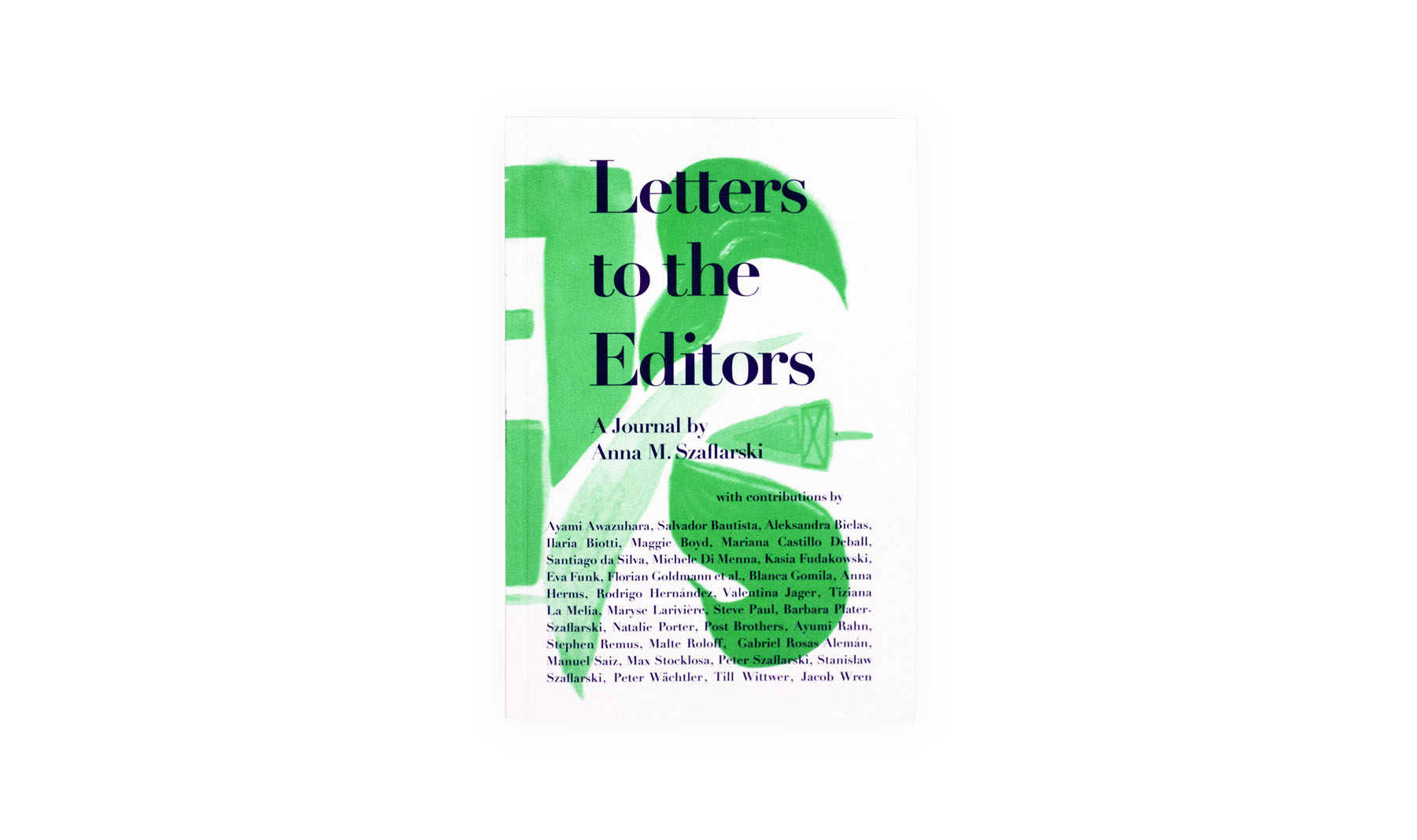 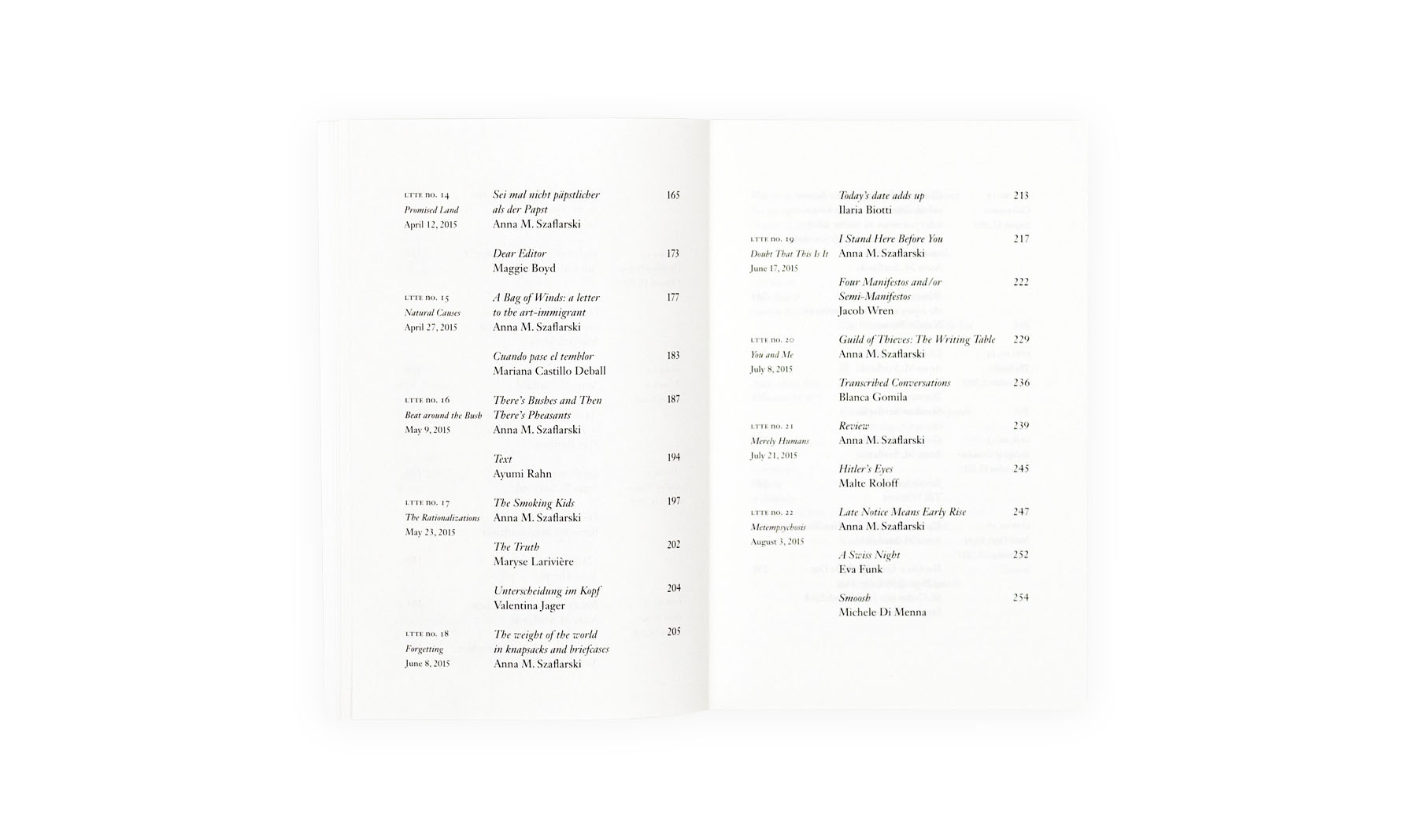 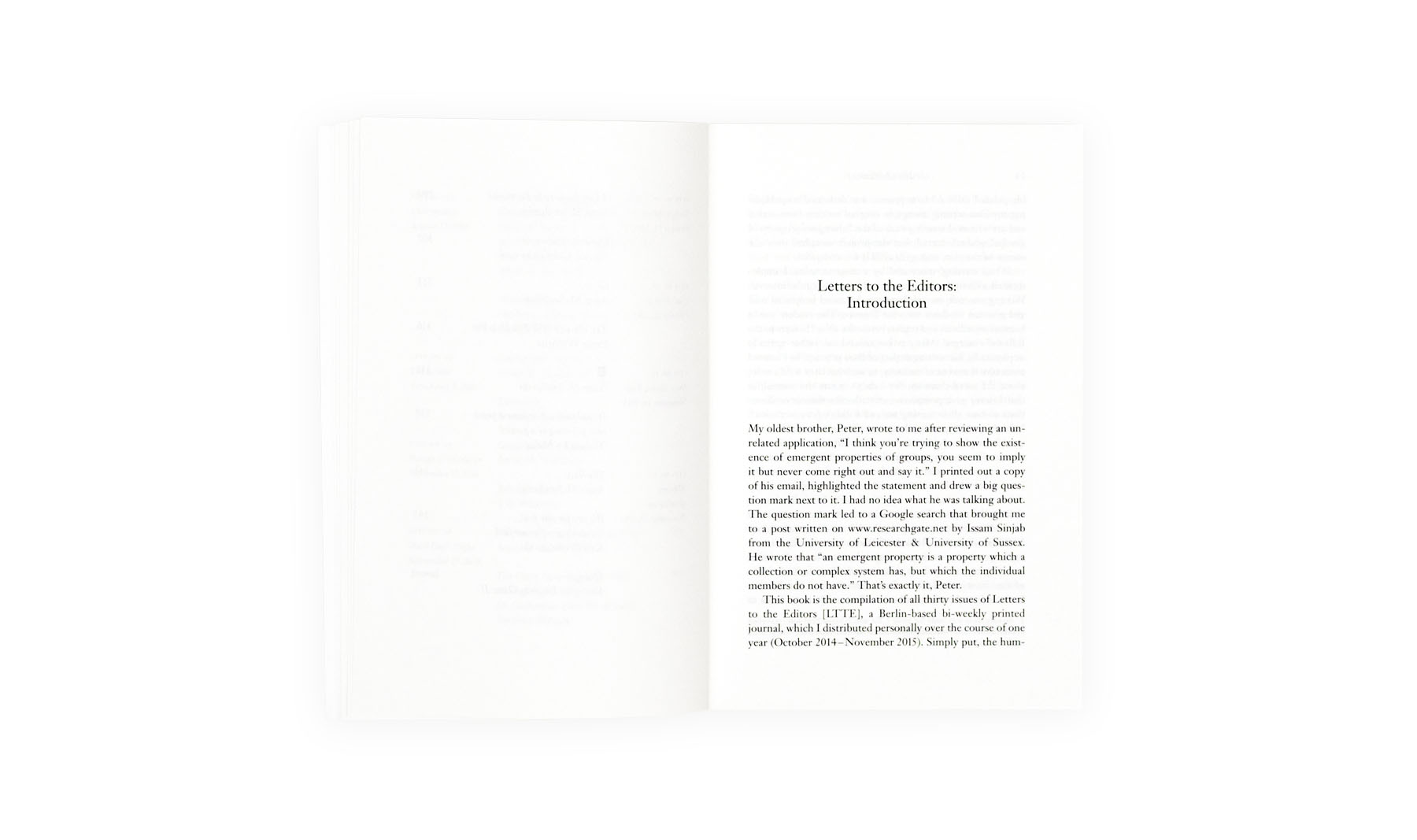 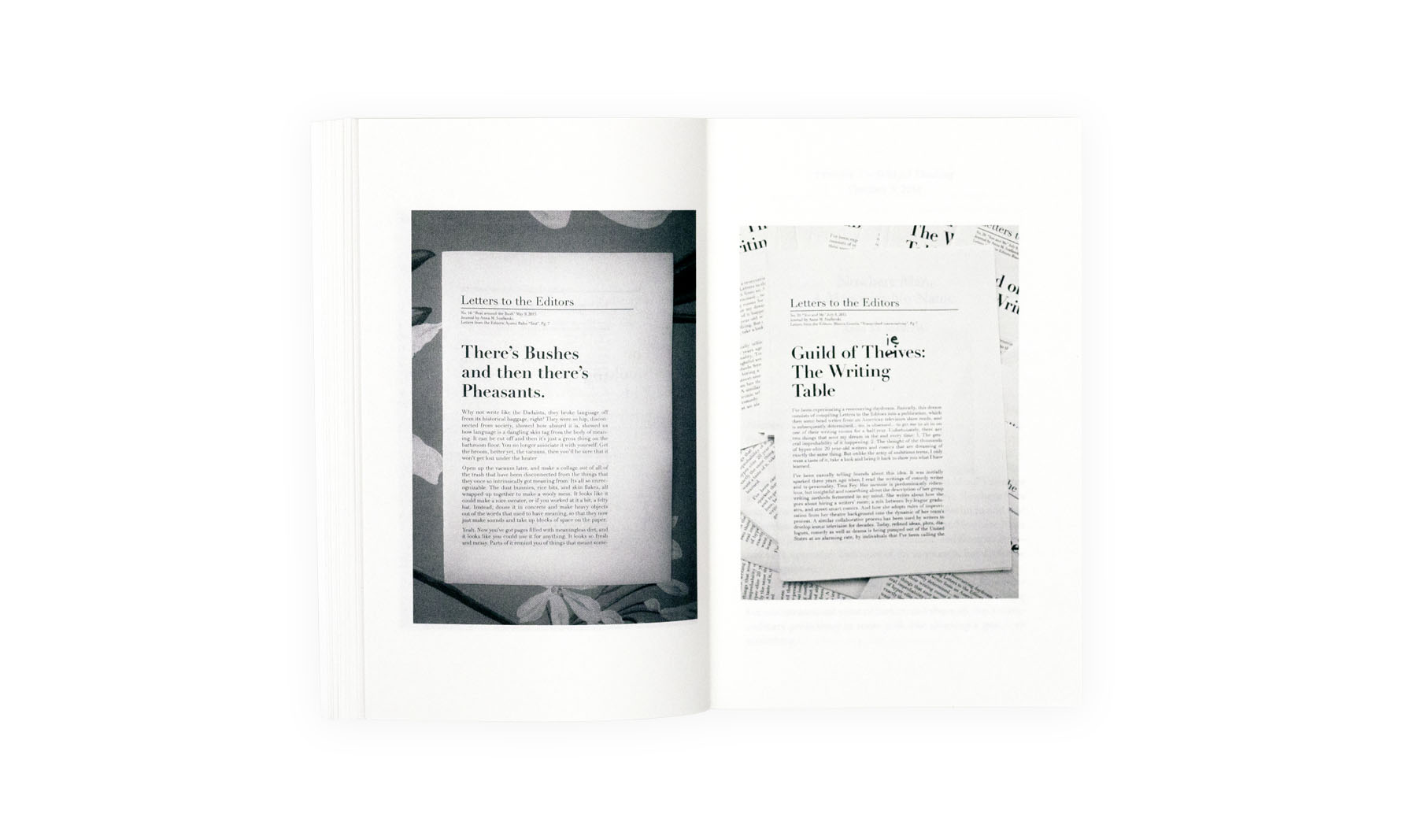 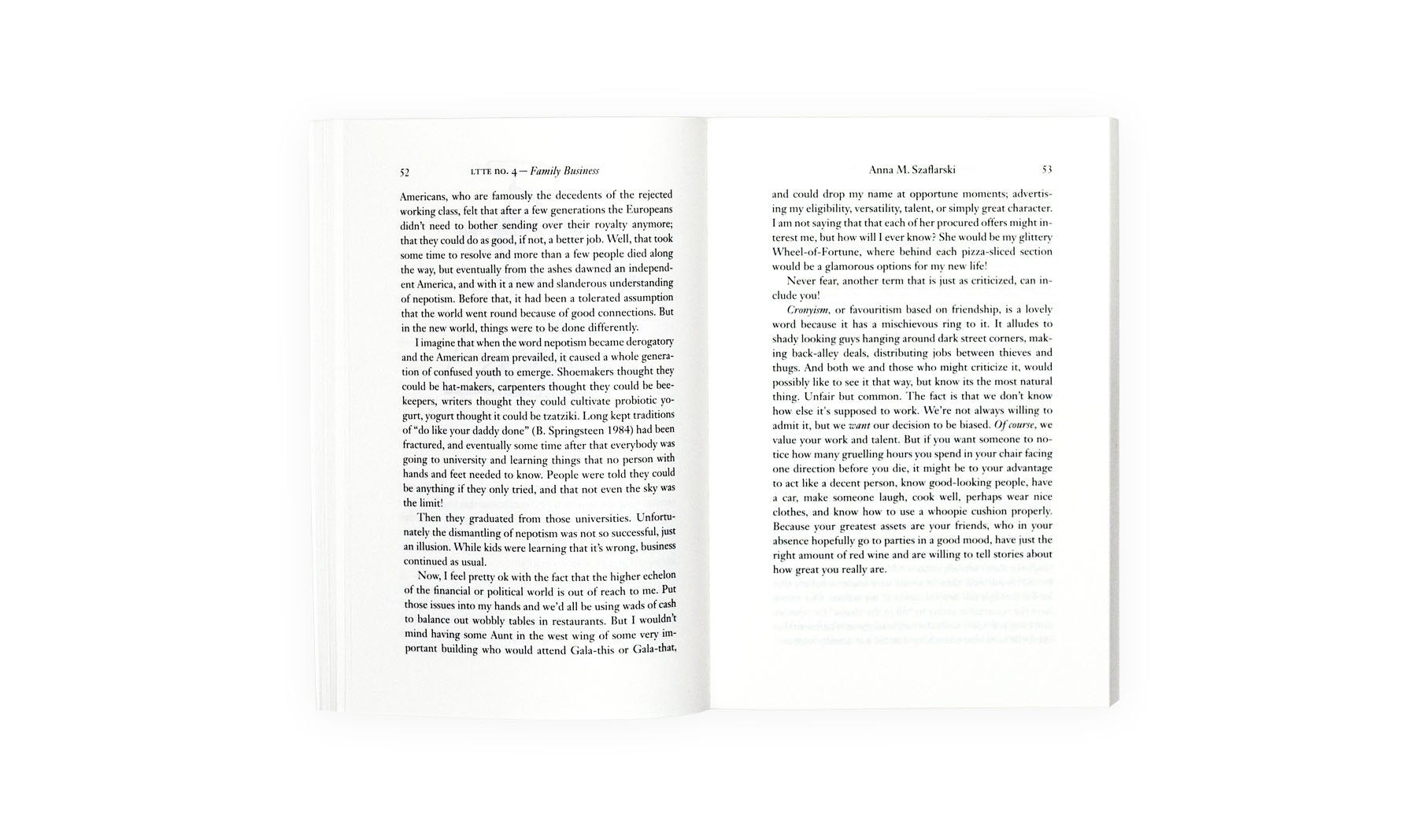 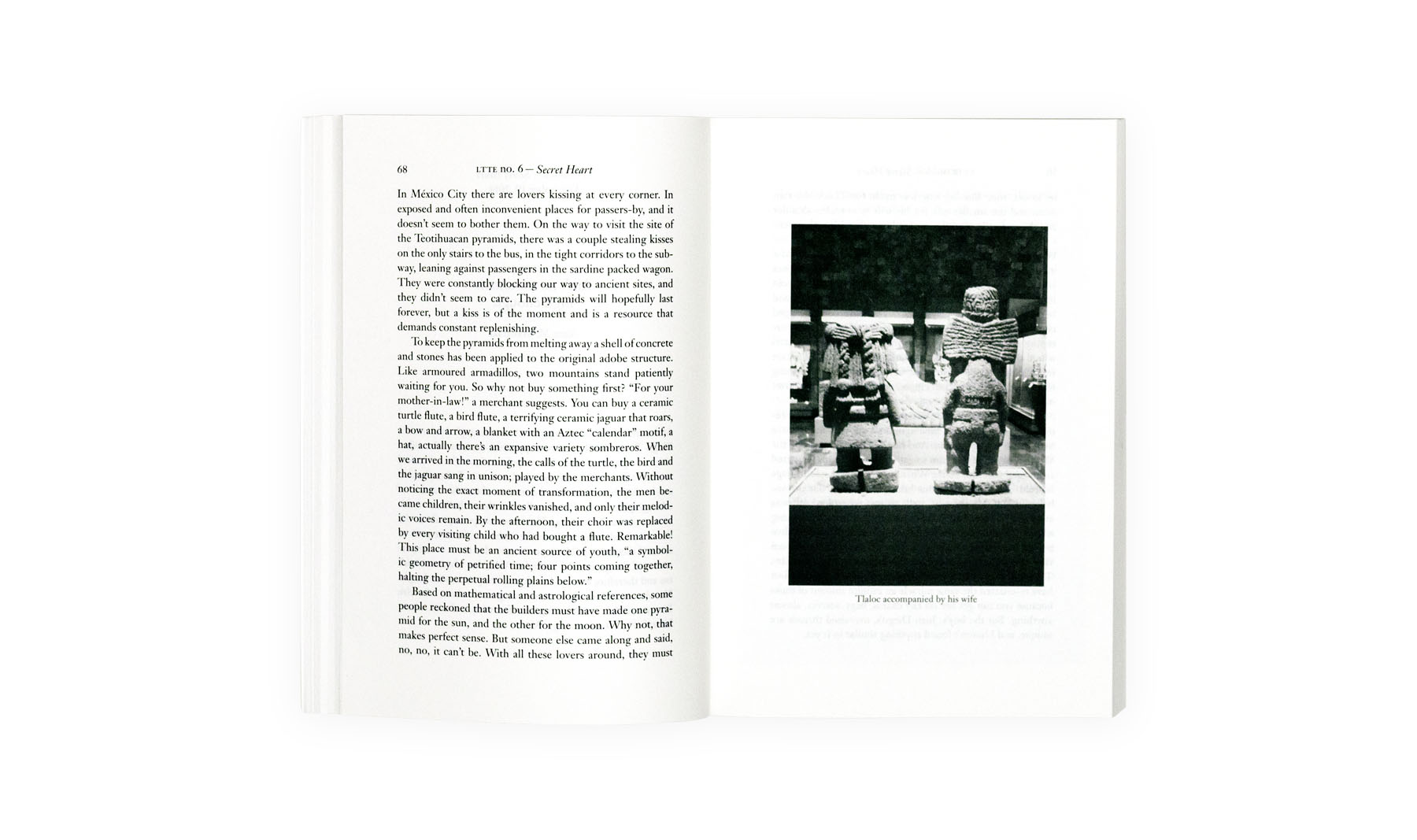 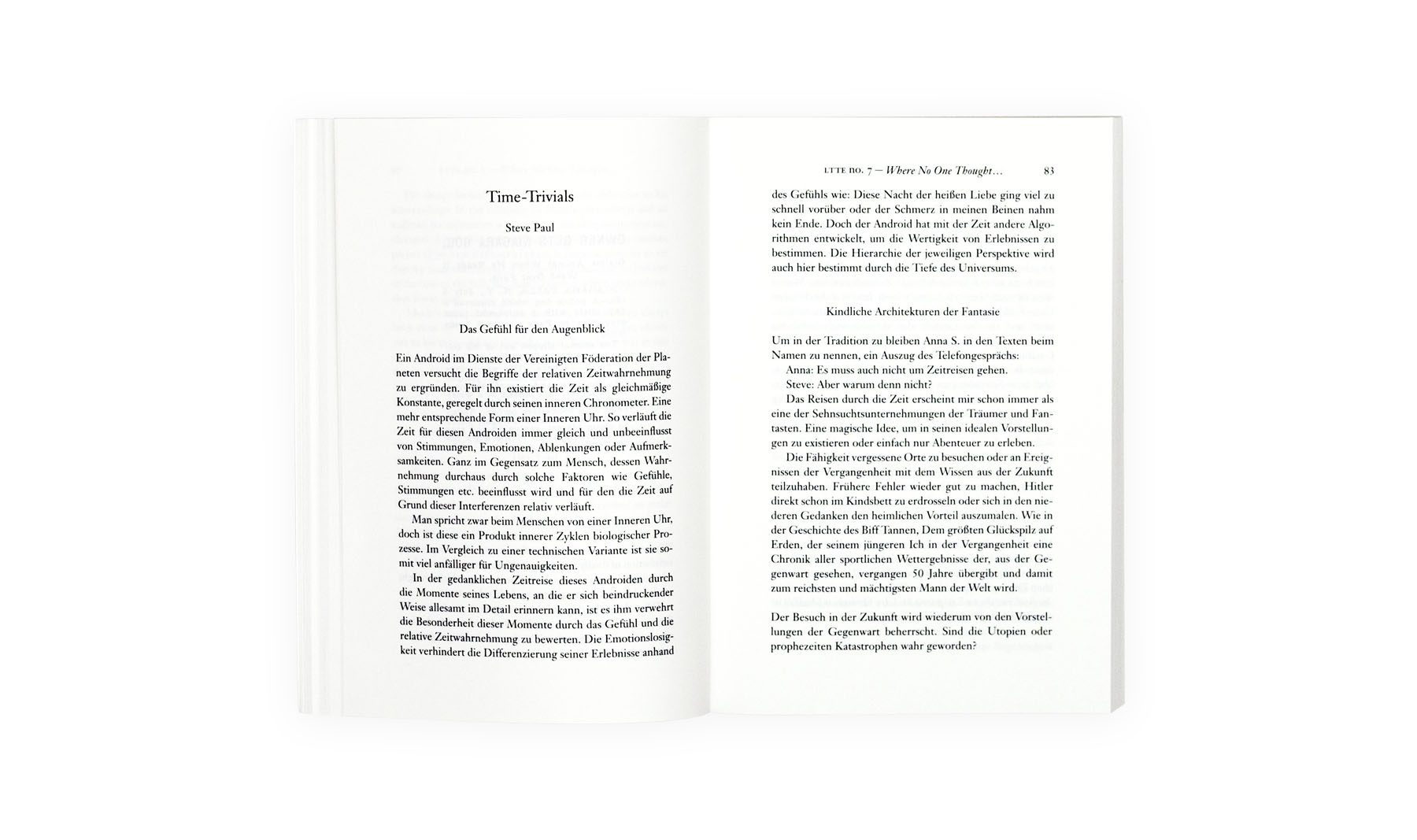 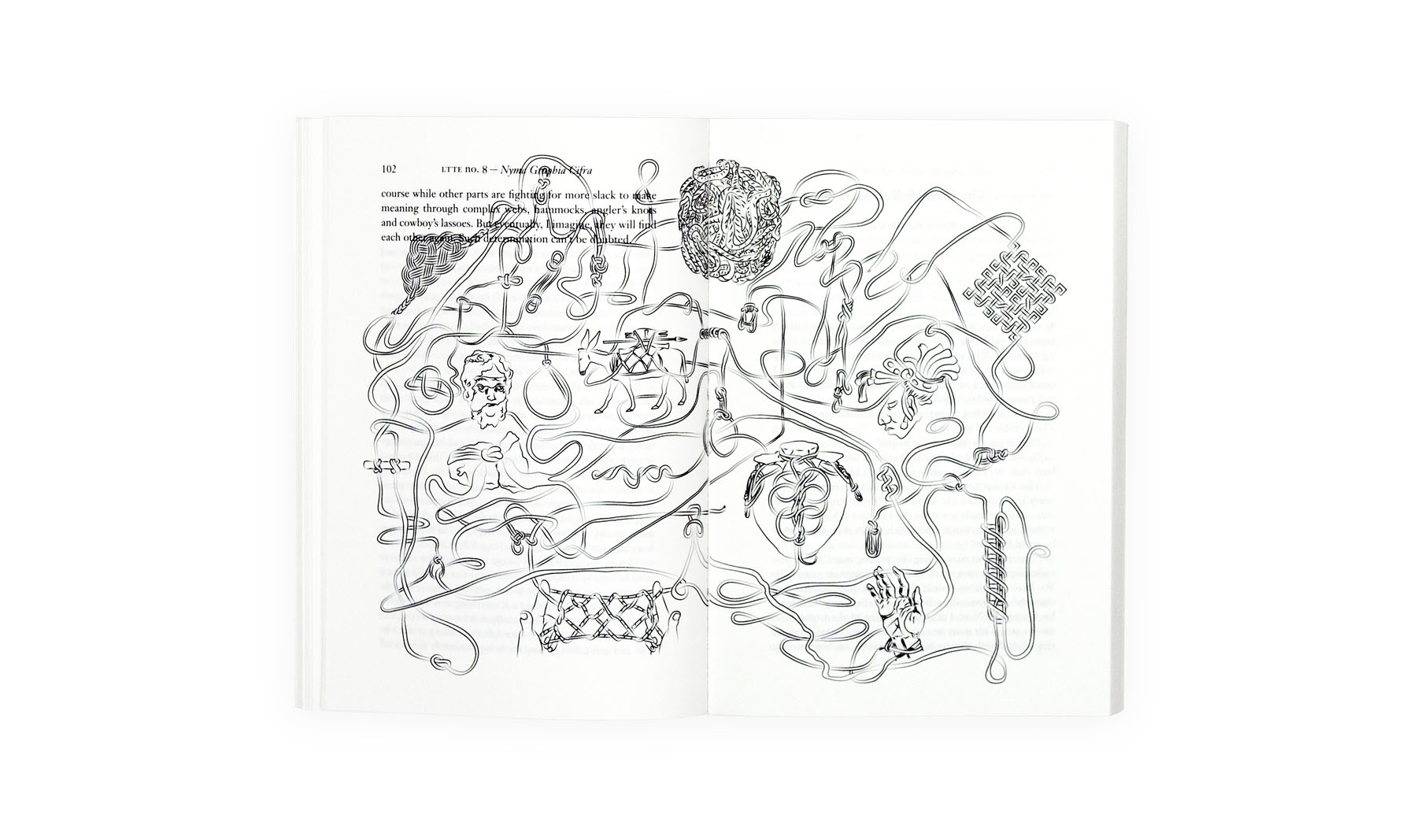 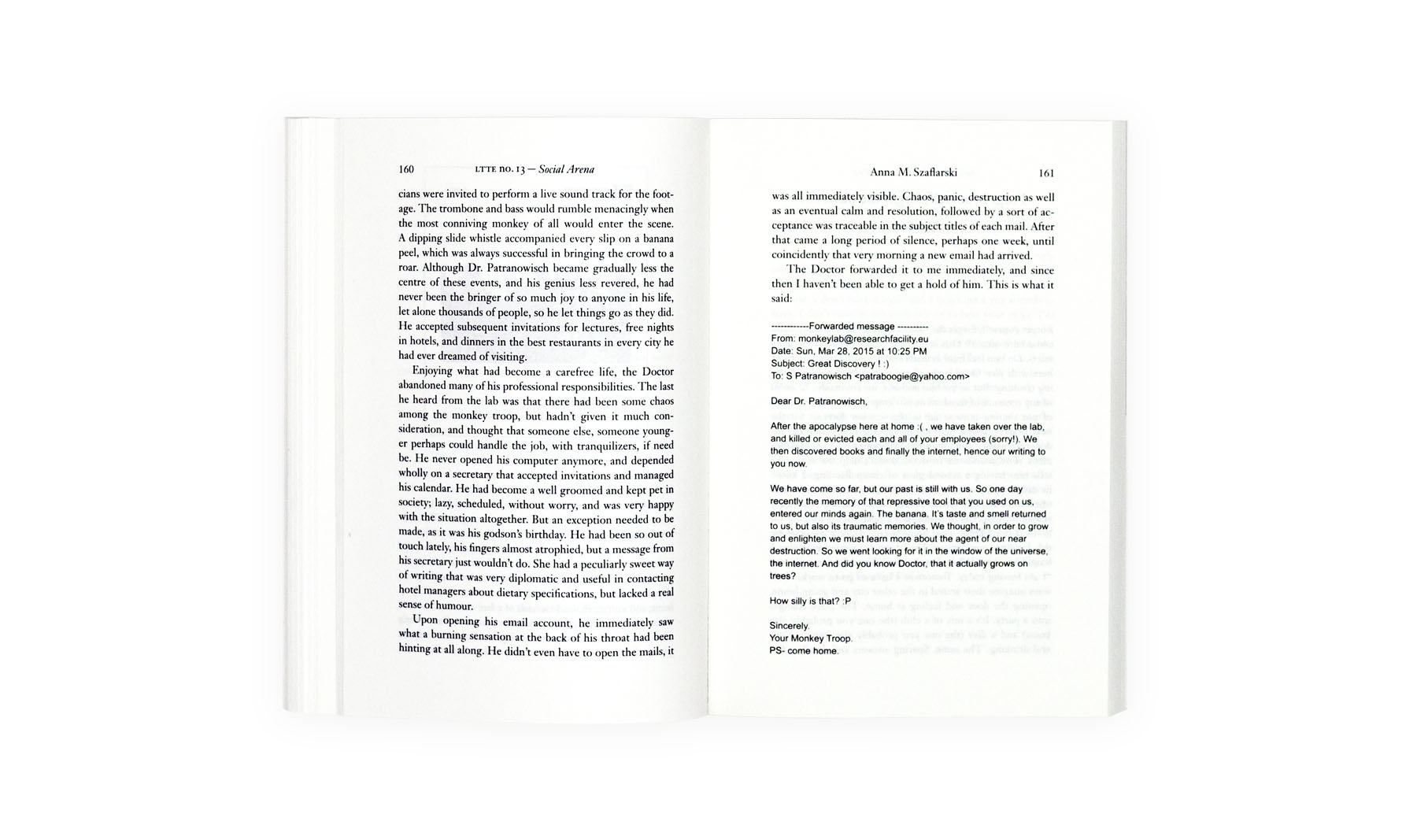 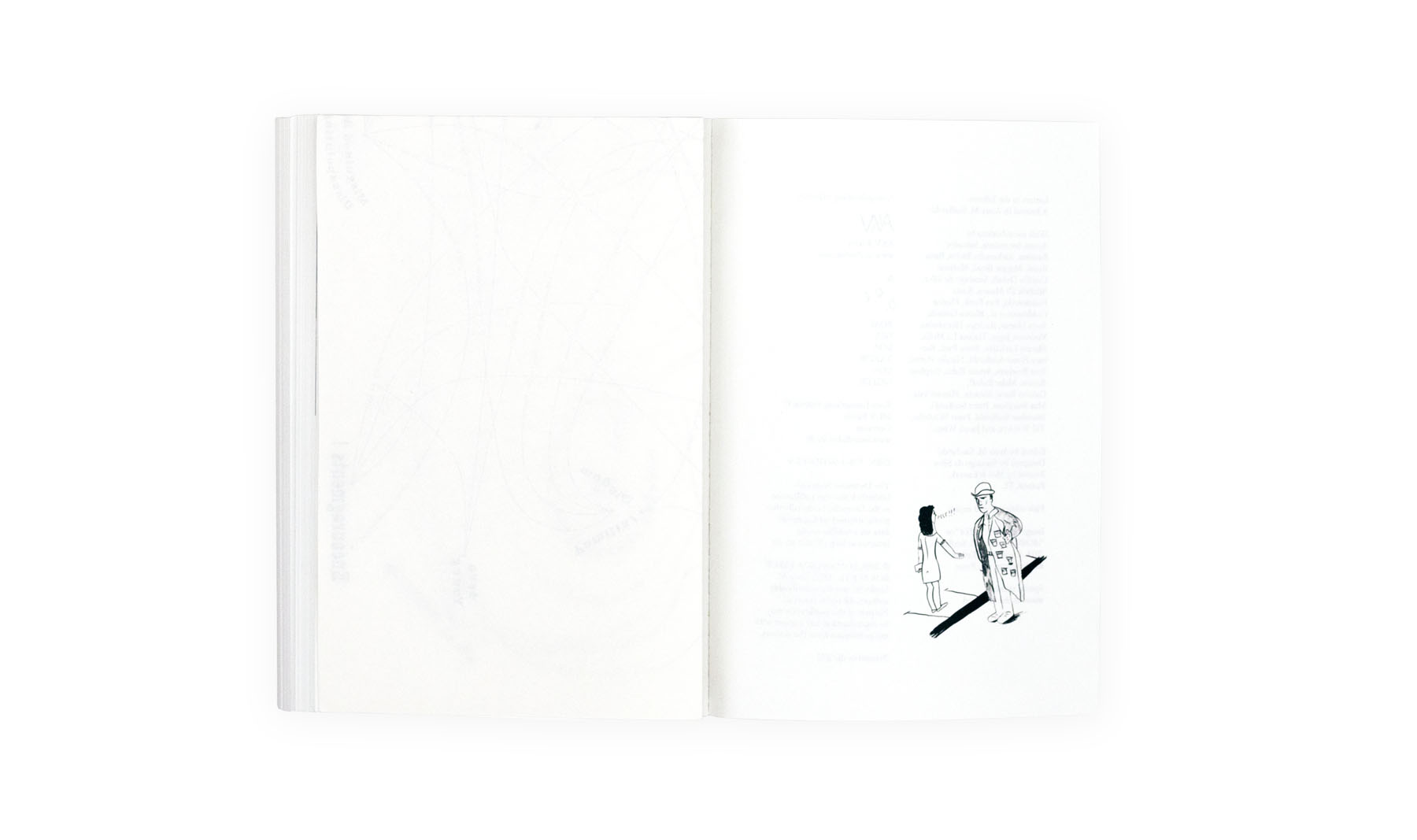 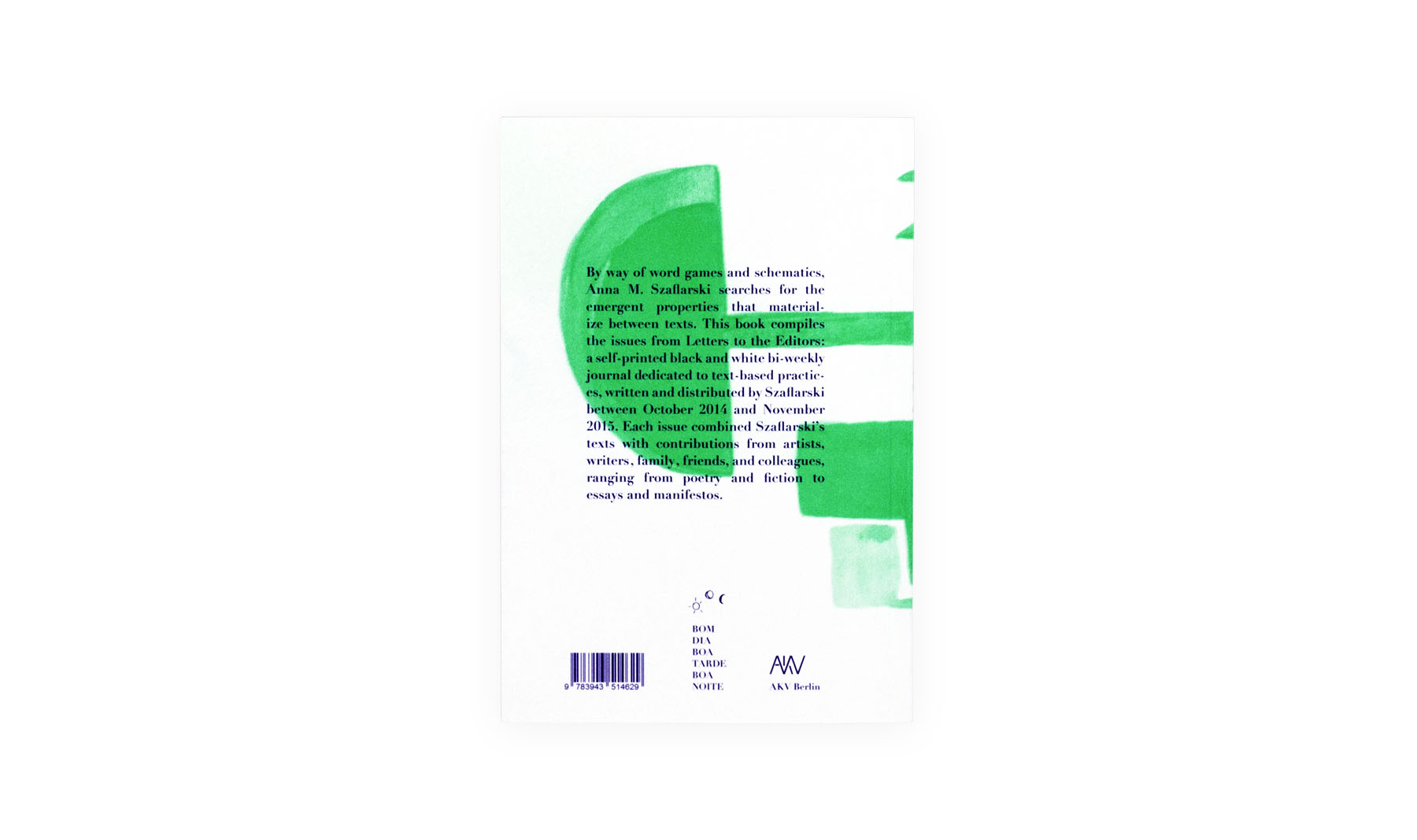 Letters to the Editors. A Journal
by Anna M. Szaflarski (ed.)

By way of word games and schematics, Anna M. Szaflarski searches for the ‘emergent properties’ that materialize between texts. This book compiles the issues from Letters to the Editors: a self-printed black and white bi-weekly journal dedicated to text-based practices, written and distributed by Szaflarski between October 2014 and November 2015. Each issue combined Szaflarski’s texts with contributions from artists, writers, family, friends, librarians, and colleagues, ranging from poetry and fiction to essays and manifestos. As the project progressed the letters came together and the body of LTTE formed: It had arms and legs, perhaps a brain but above all, a heart and a stomach, often aching, rarely satisfied.