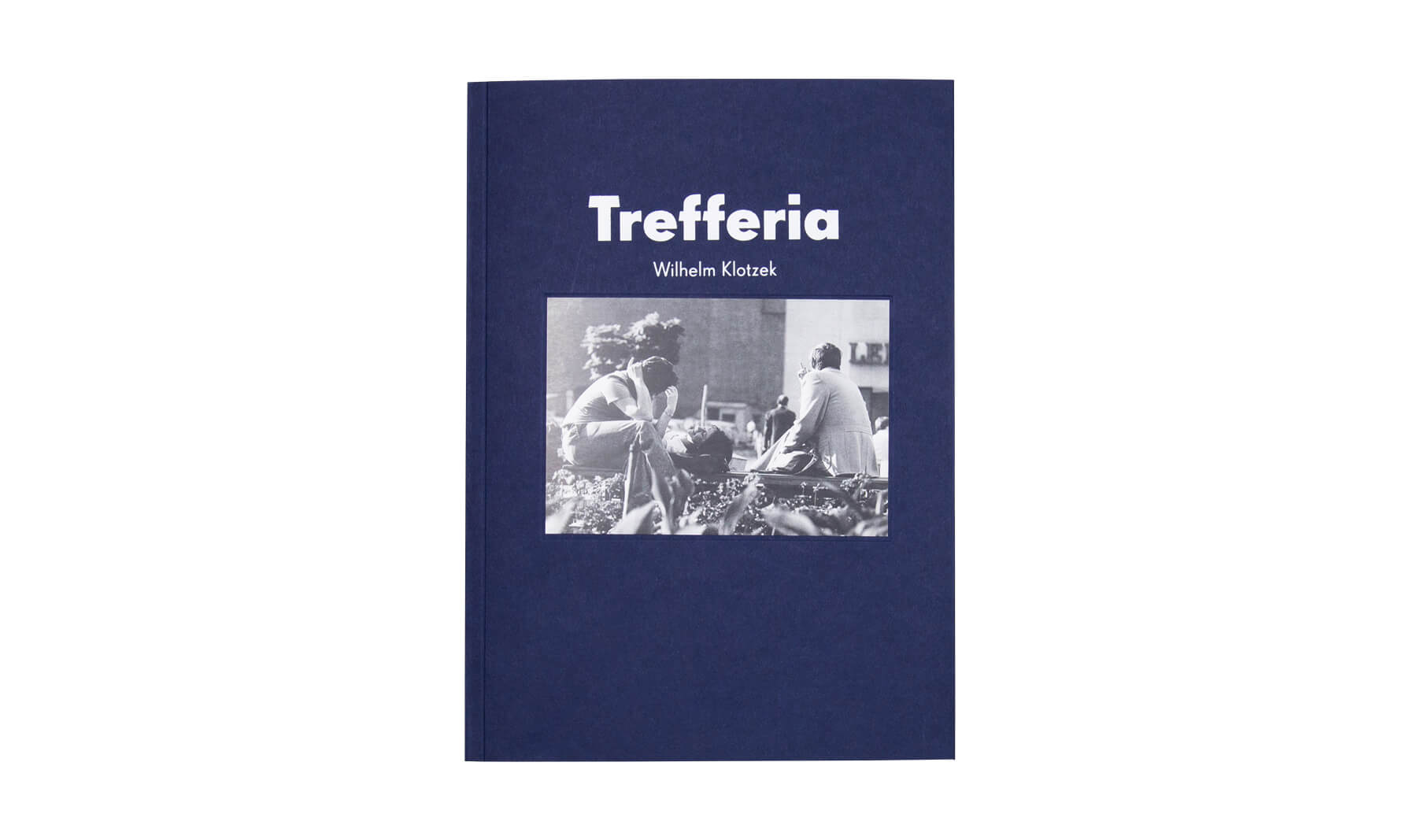 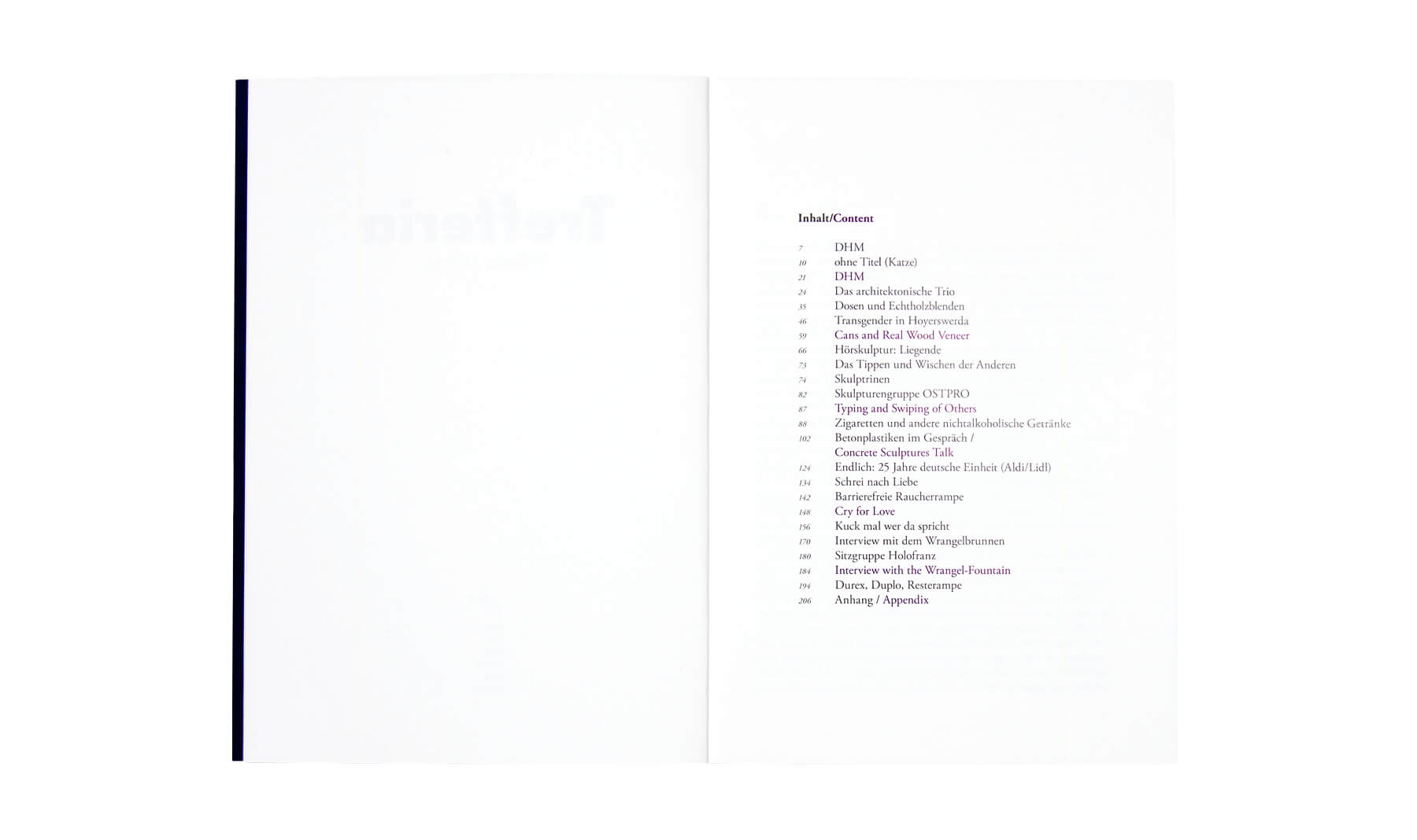 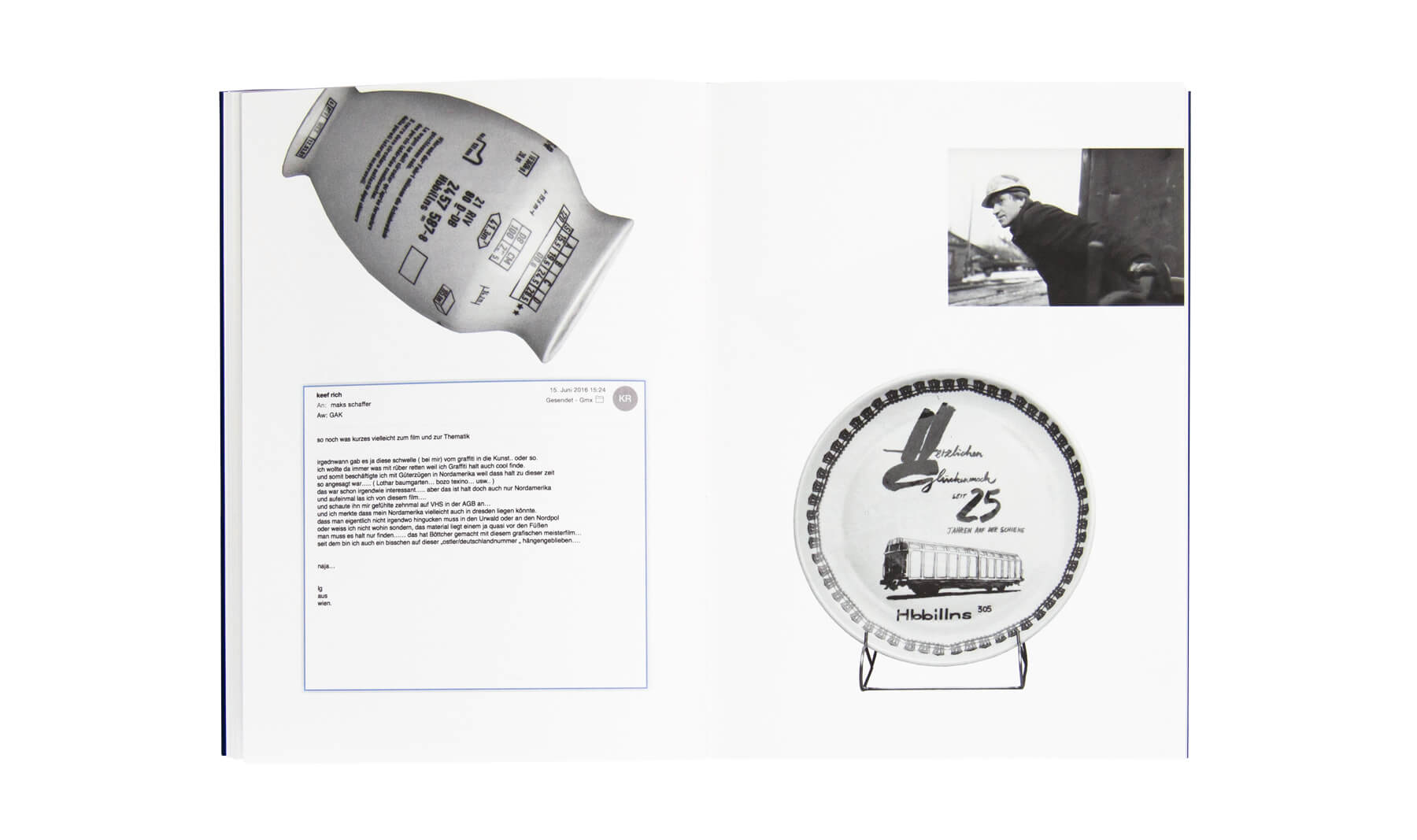 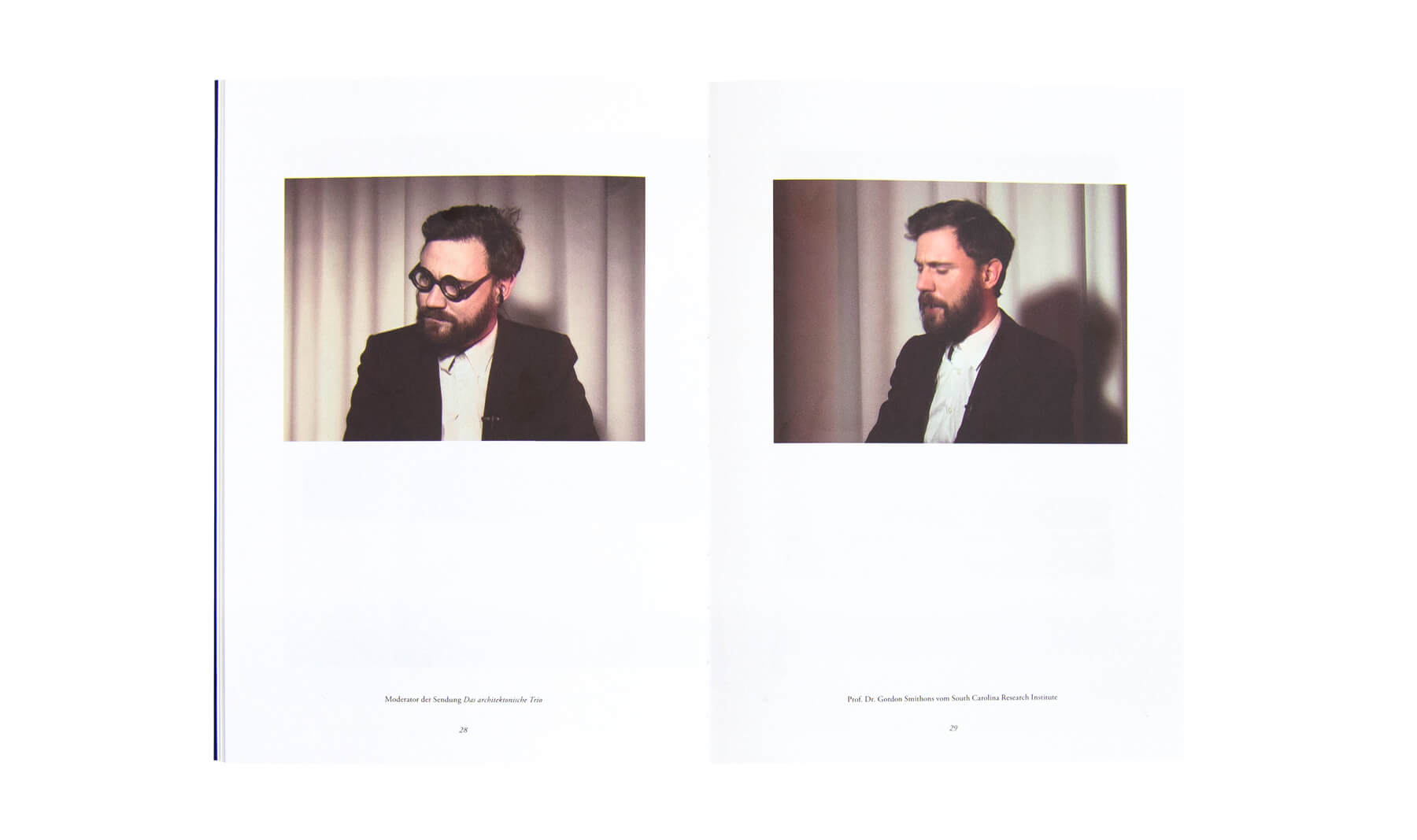 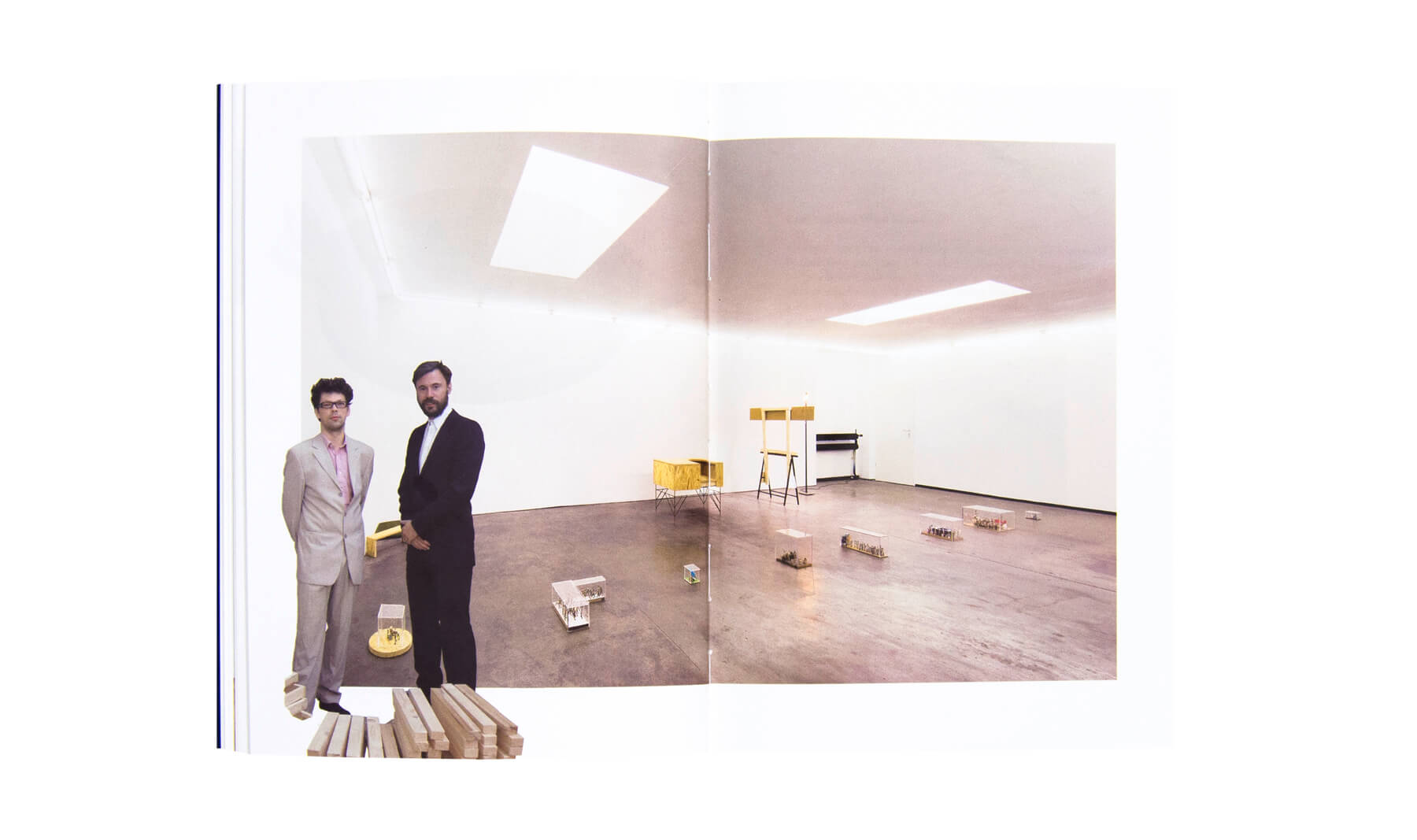 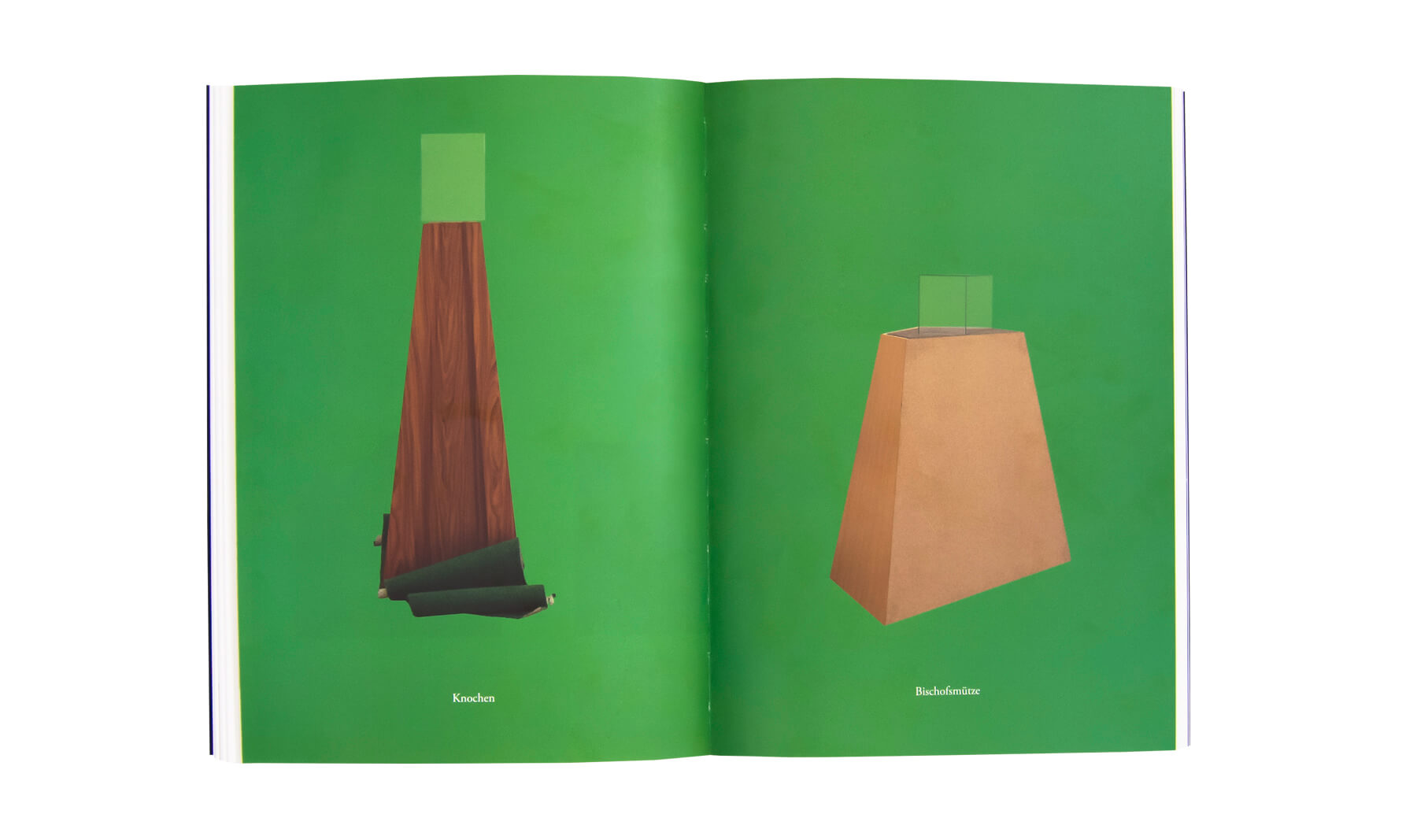 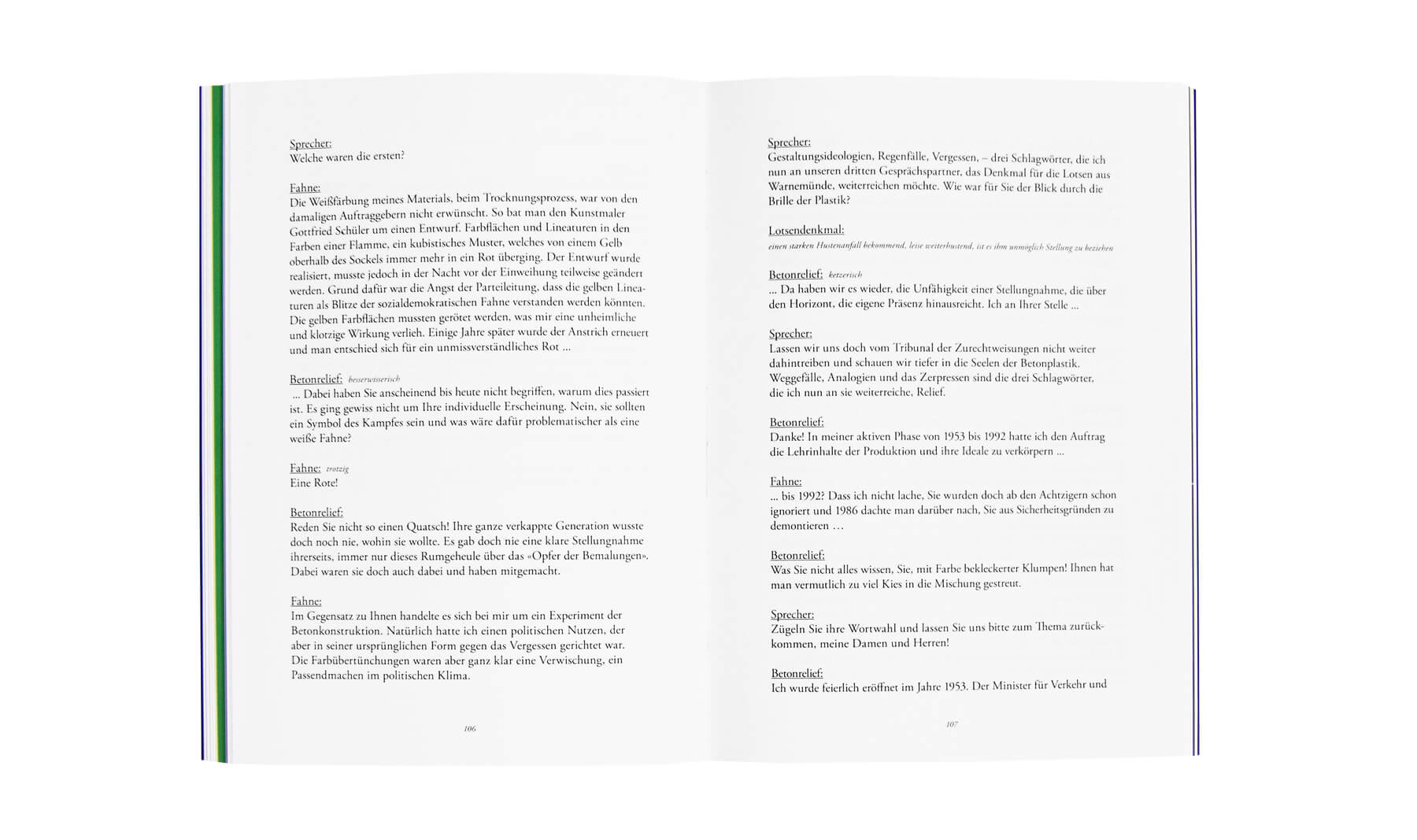 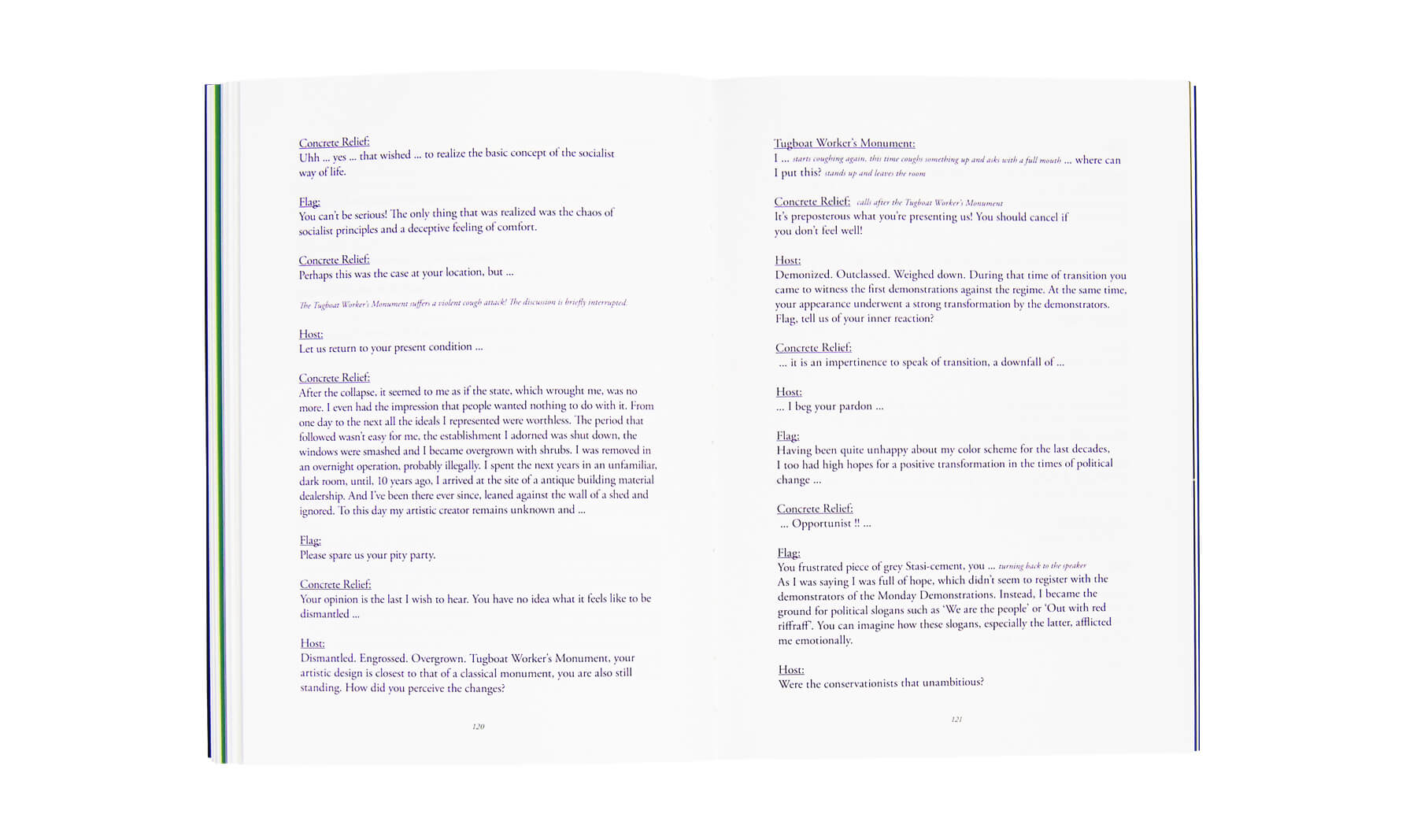 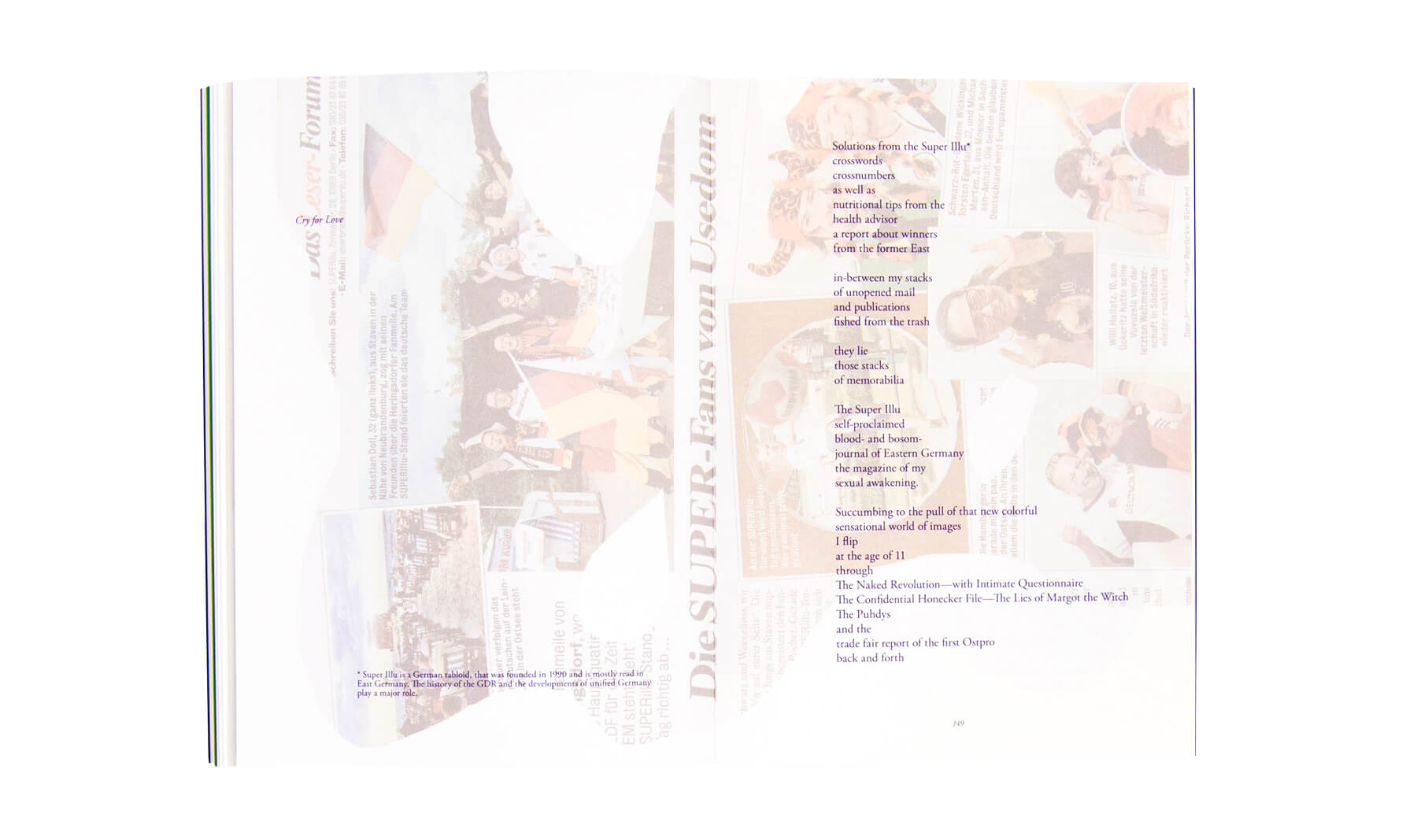 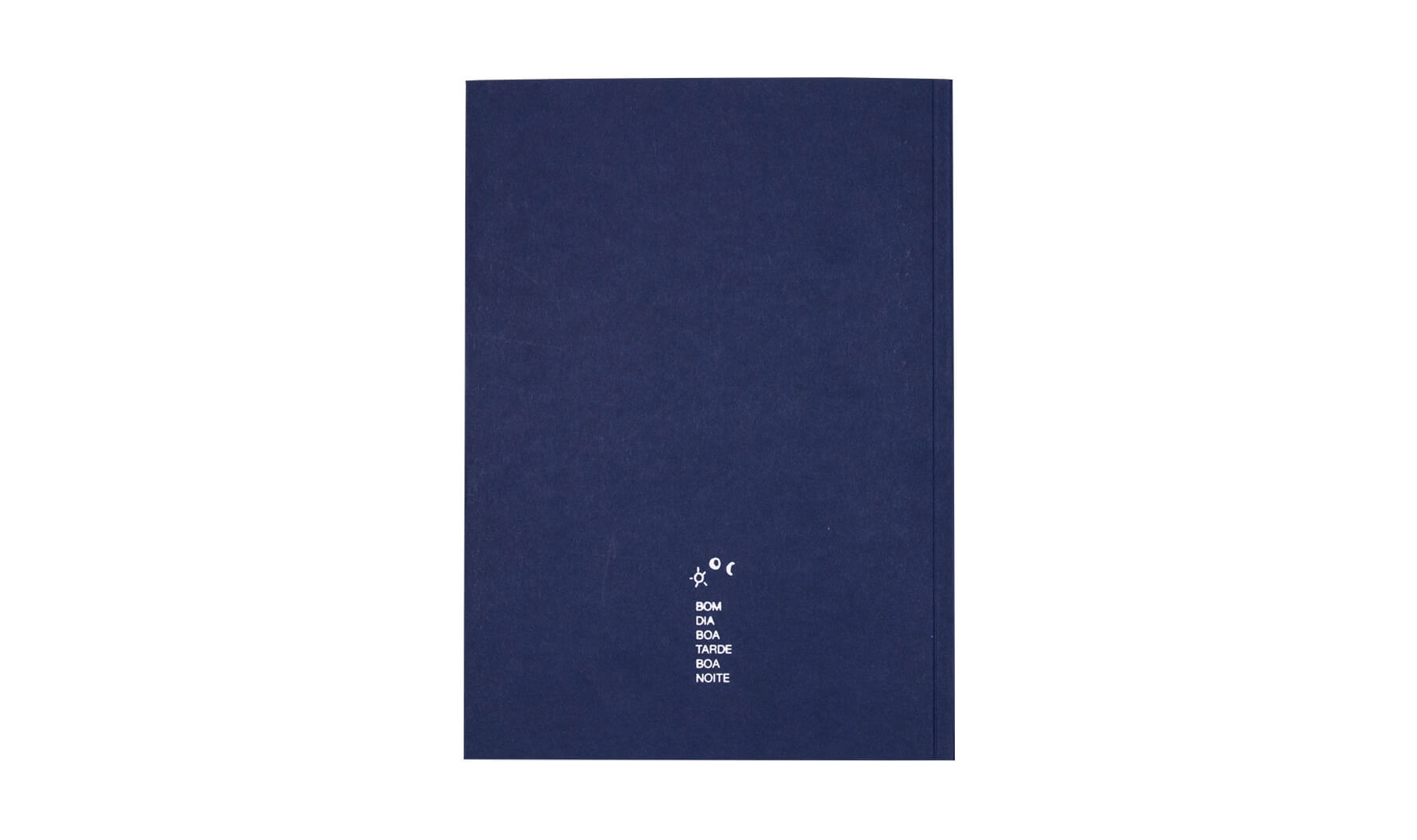 Trefferia – a made up word – mixing the words Treff and Cafeteria together. Appropriated from a cafeteria-like meeting place with filter coffee, beer and cold smoke. For Wilhelm Klotzek an ideal place to invite his own works to.

Central to this book is Klotzek’s personal relationship with the medium of language. He embeds his body of works of the last ten years around his personal stories – growing up in East Berlin, going through his adolescence in the years of the post-fall-of-the-wall years. In sculpting his memories in dense moving texts that take us into the corners of the broken German past his dark and humorous approach creates a specific aesthetic language that he stretches and bends in various directions. Therefore Klotzek doesn’t only act as a sculptor of words, objects, memories and situations but furthermore also as a performer, display and furniture designer and collaborator when he works with his artist’s colleagues Konrad Mühe or David Polzin.