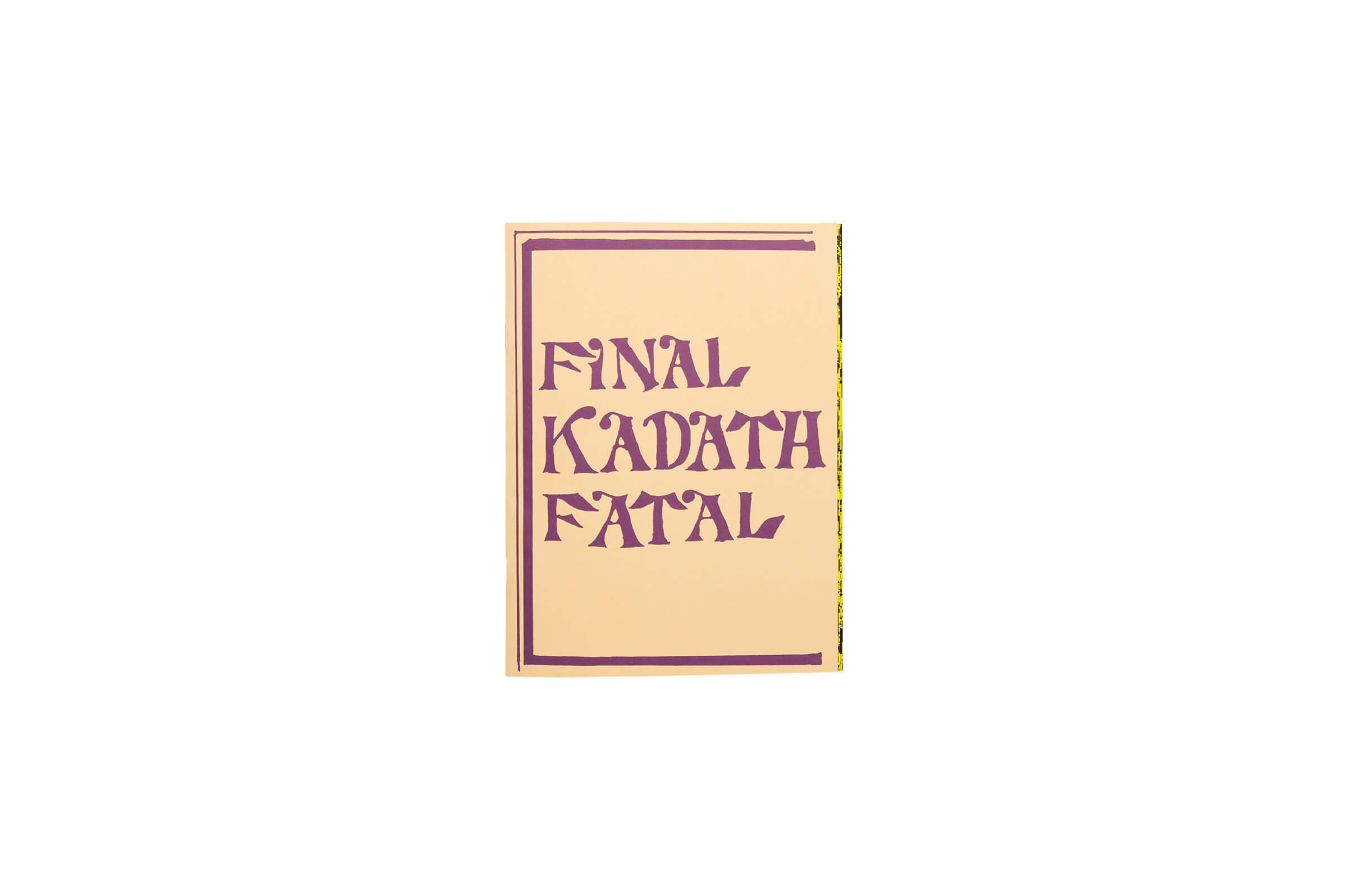 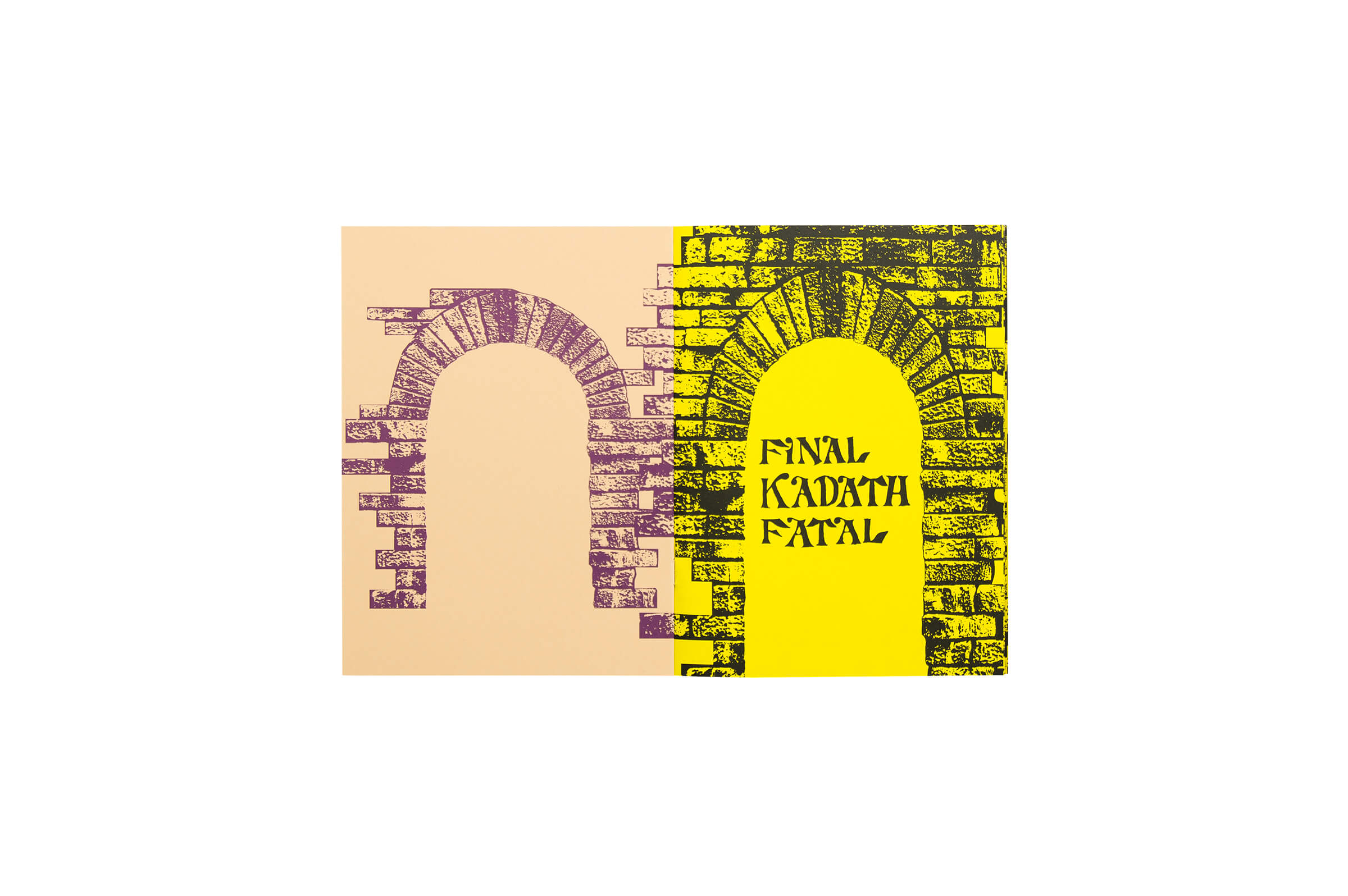 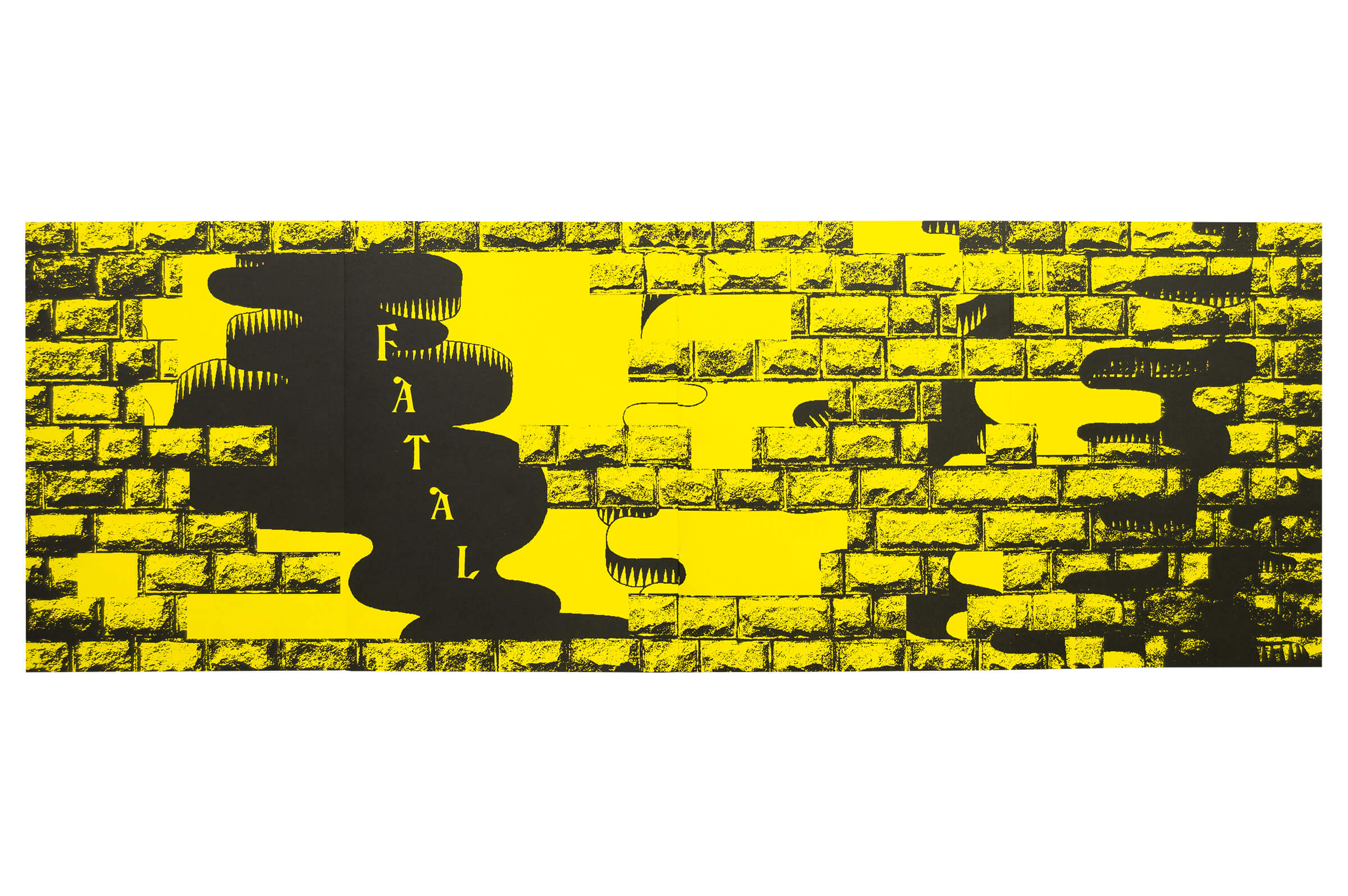 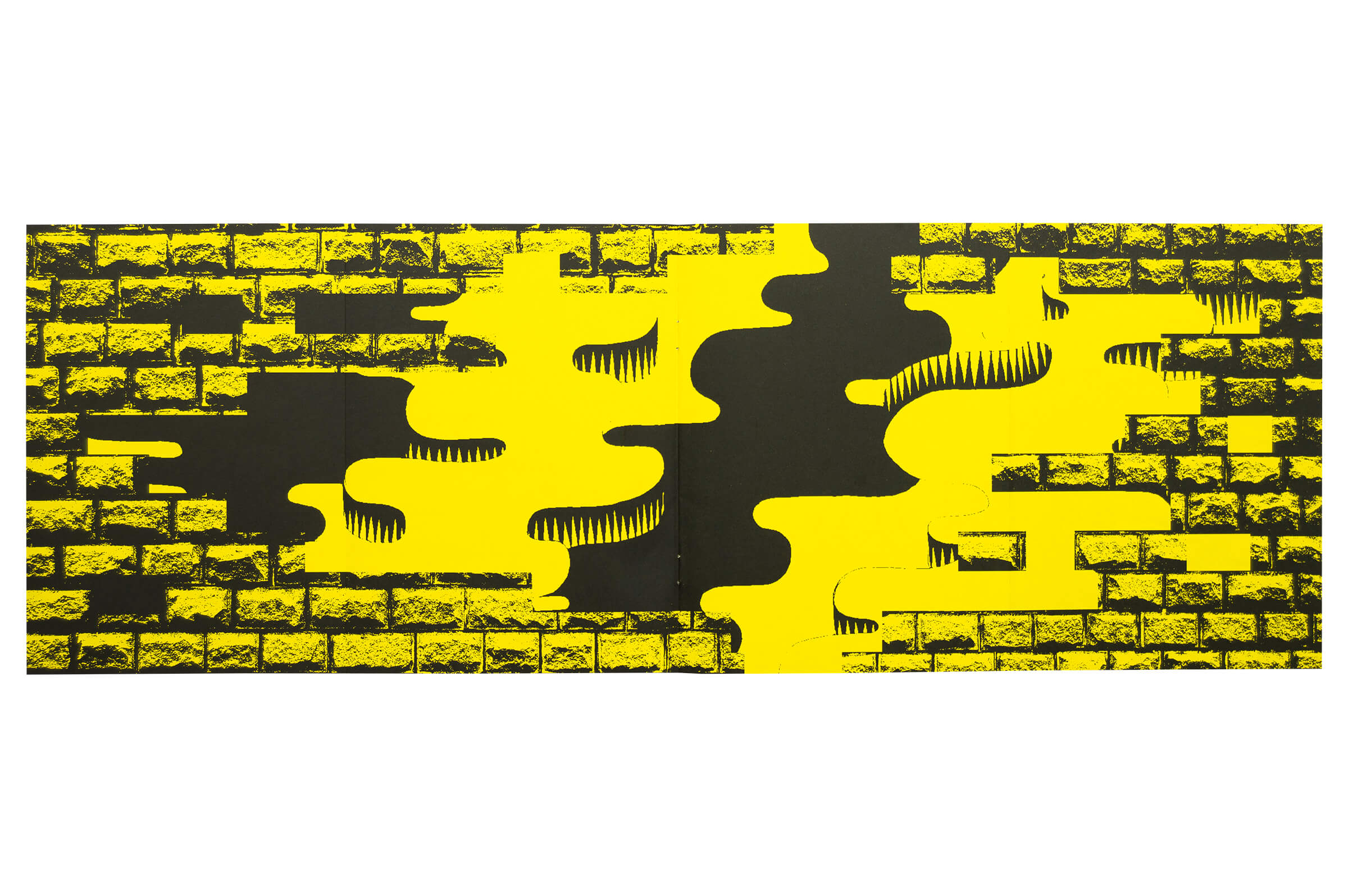 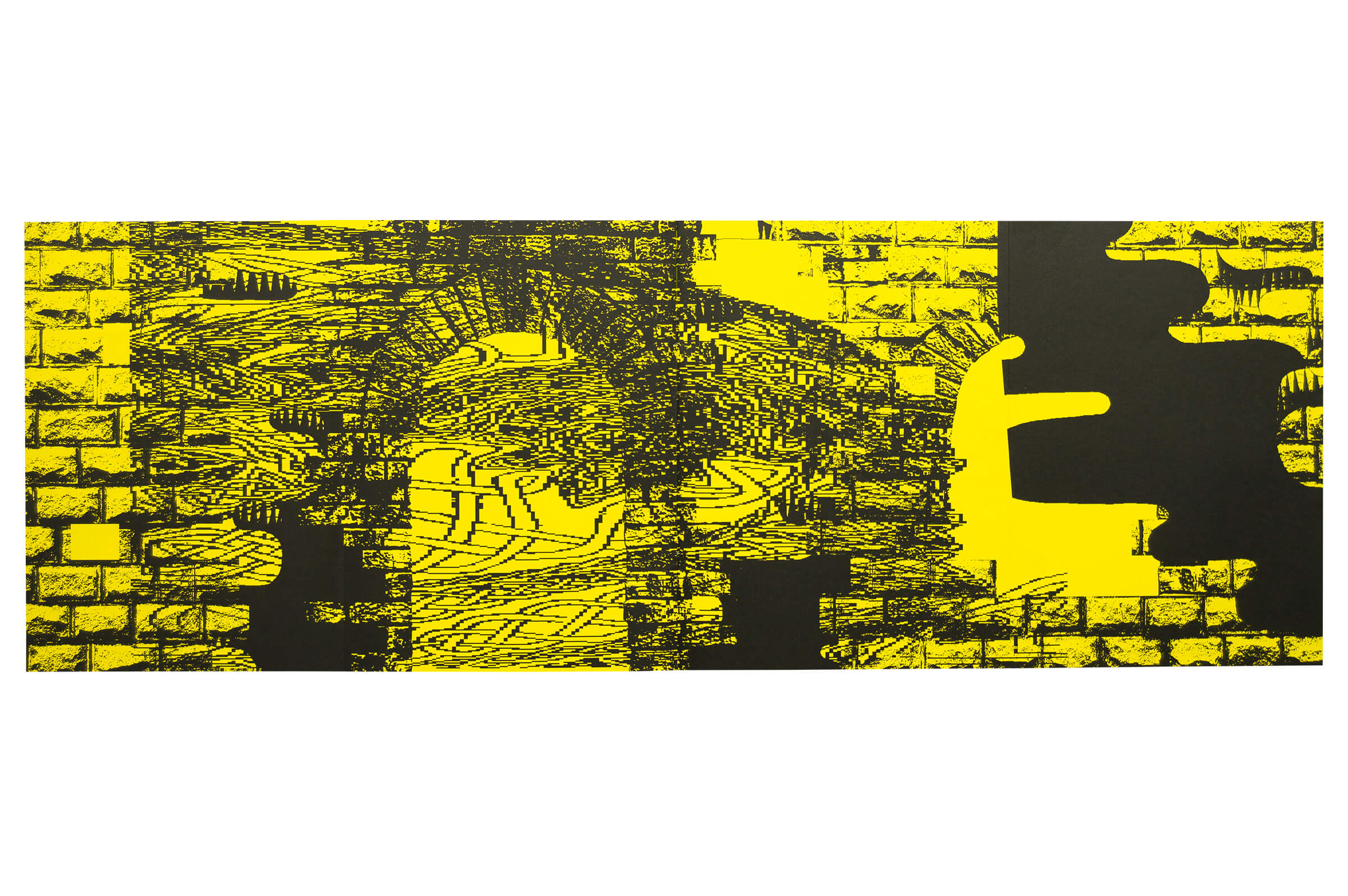 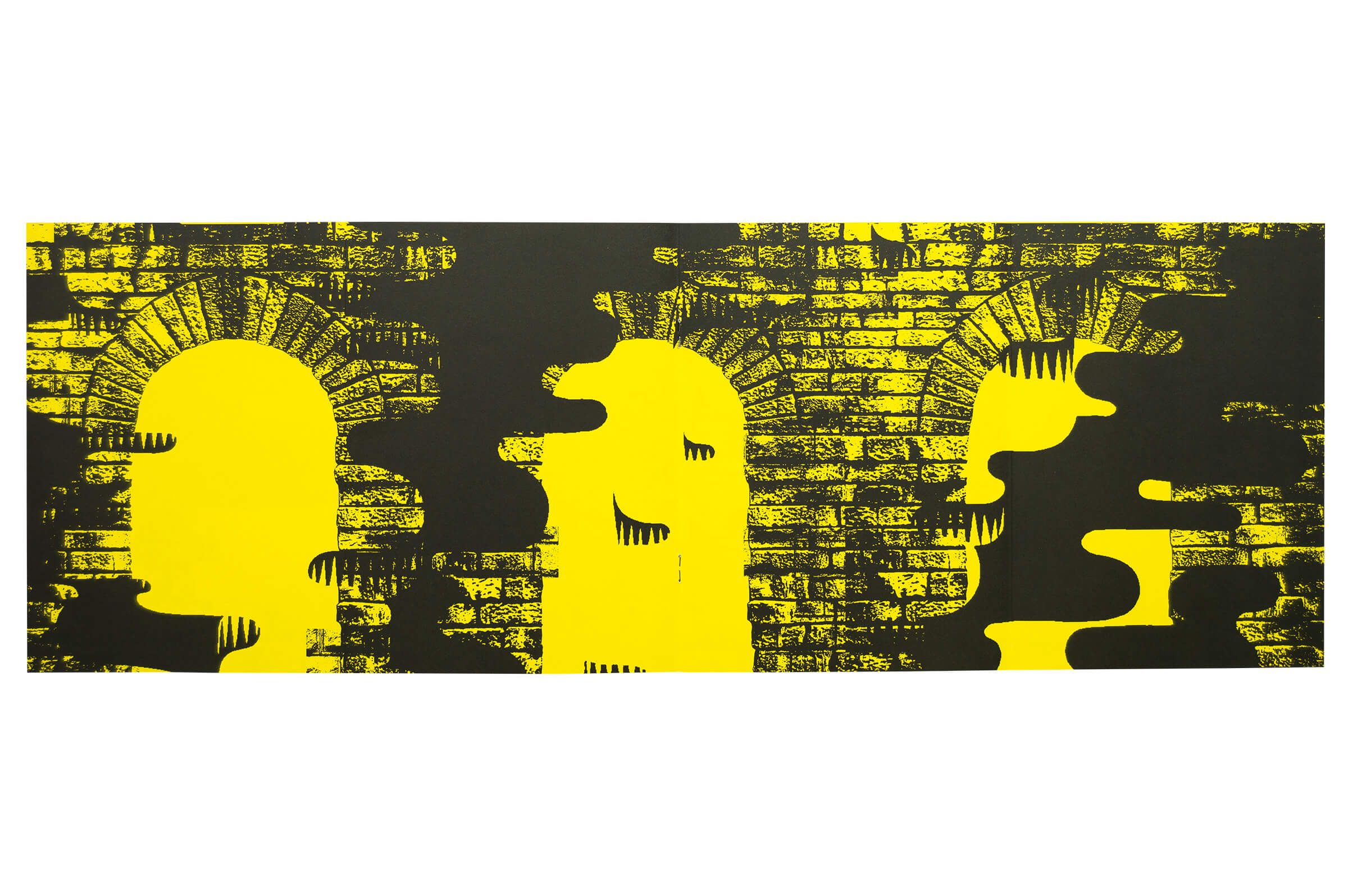 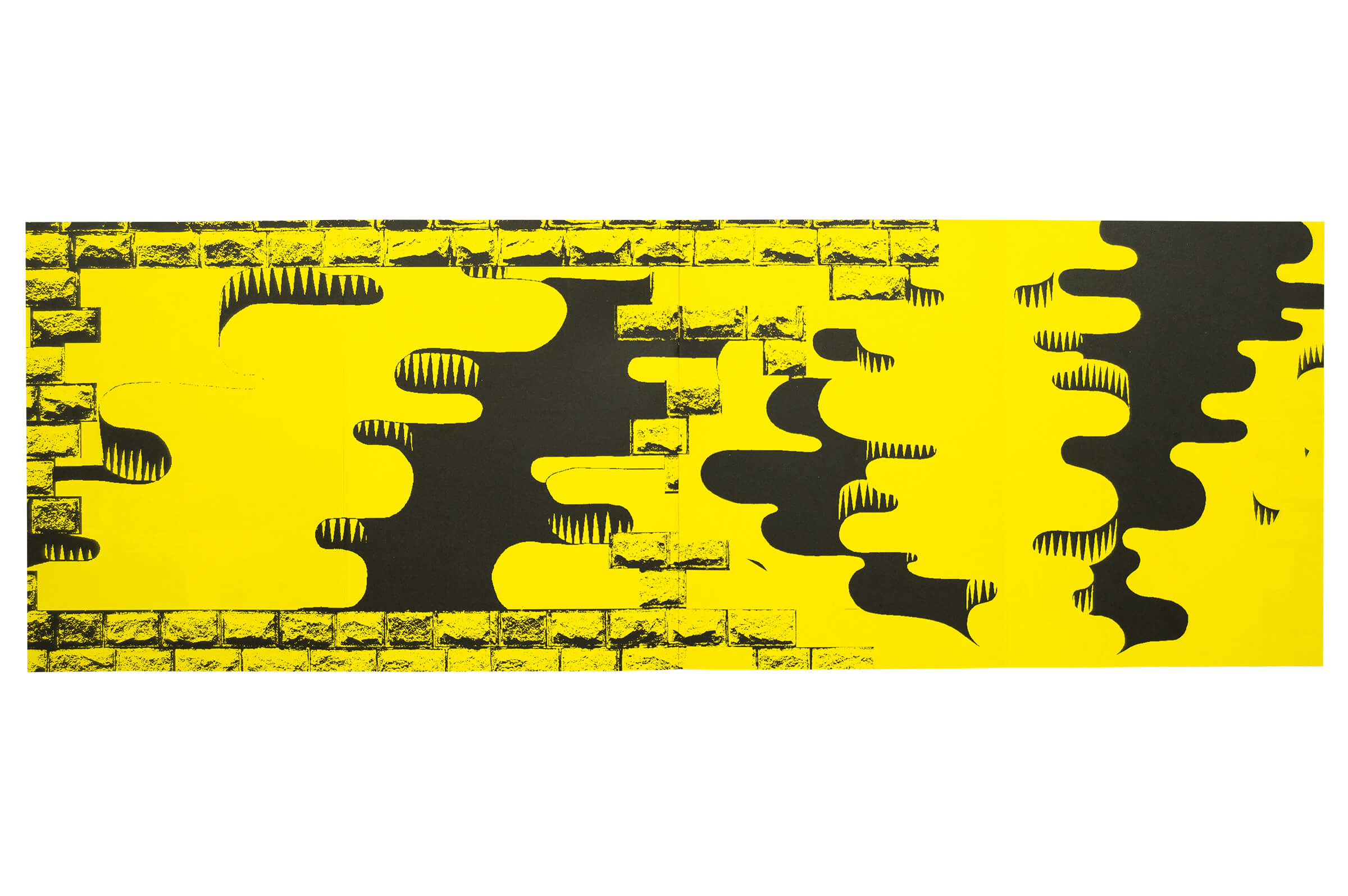 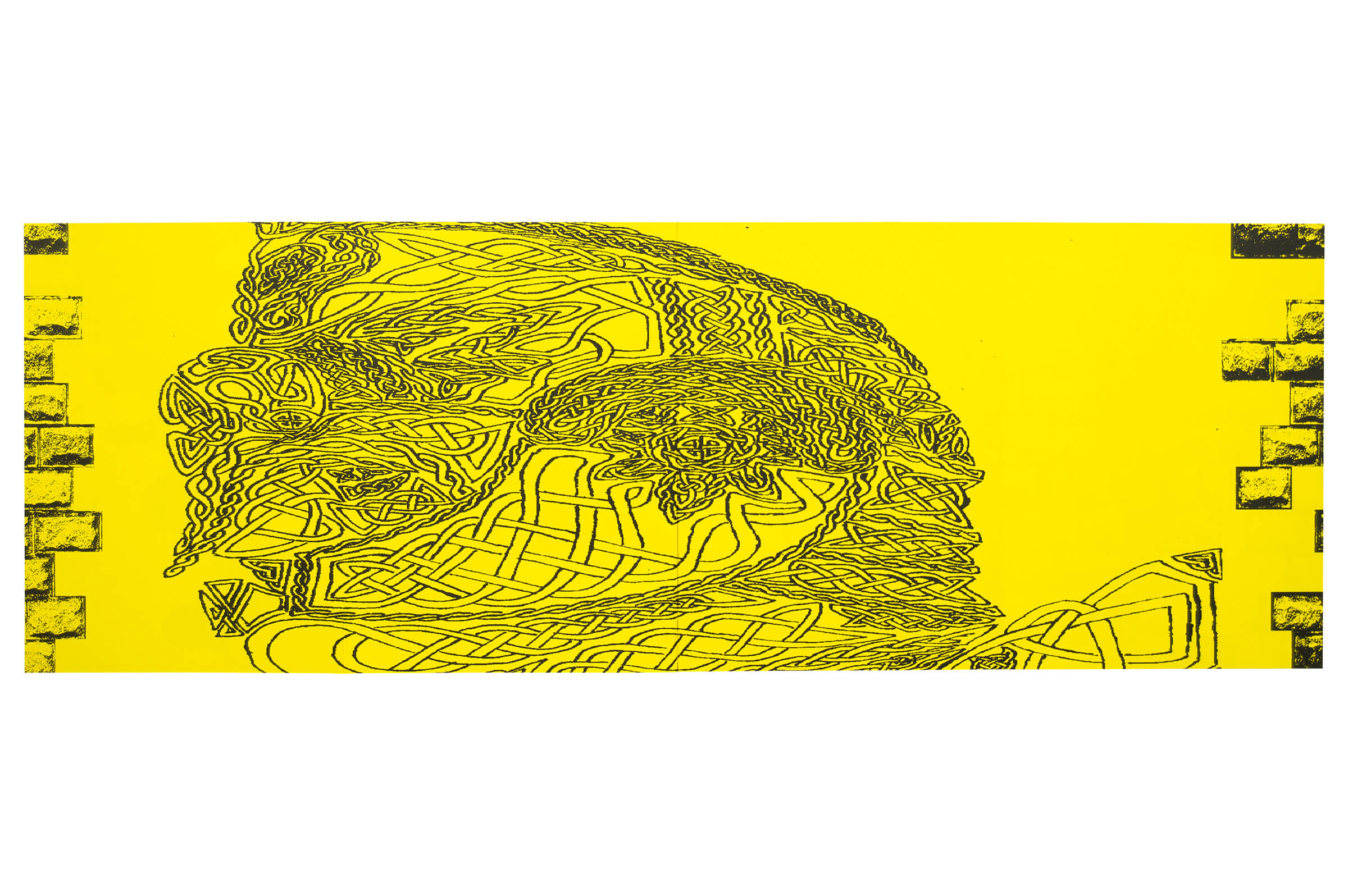 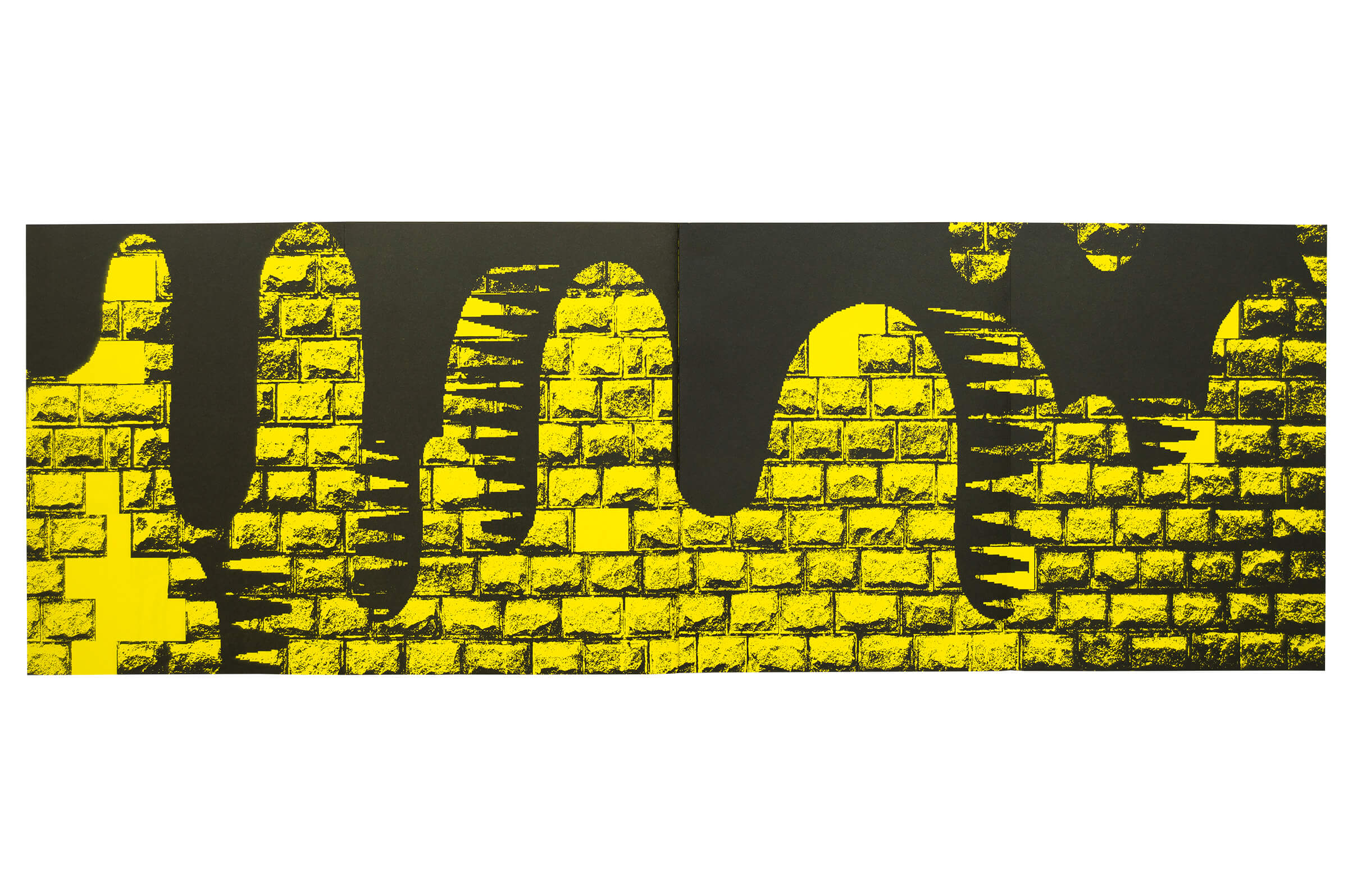 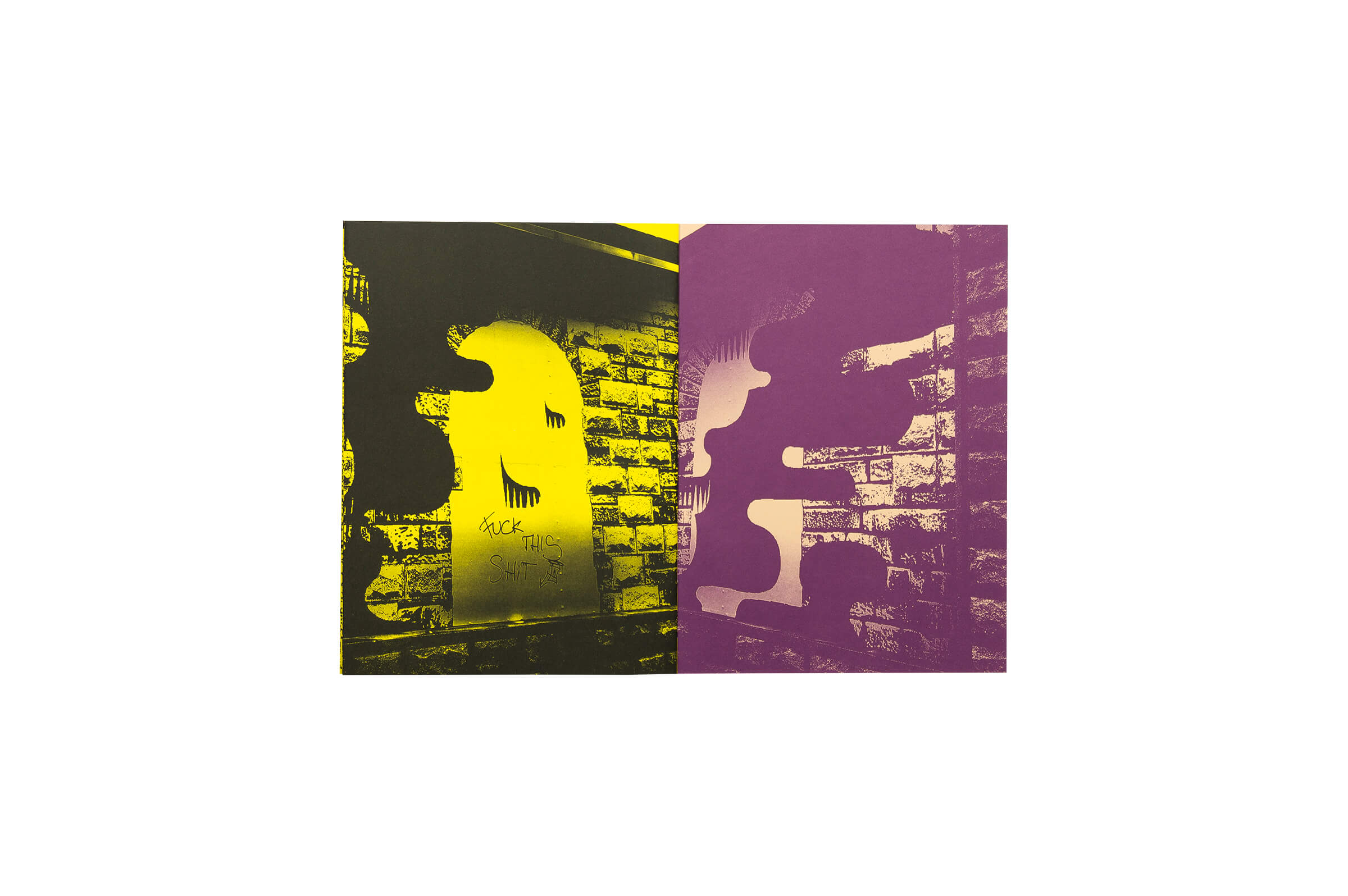 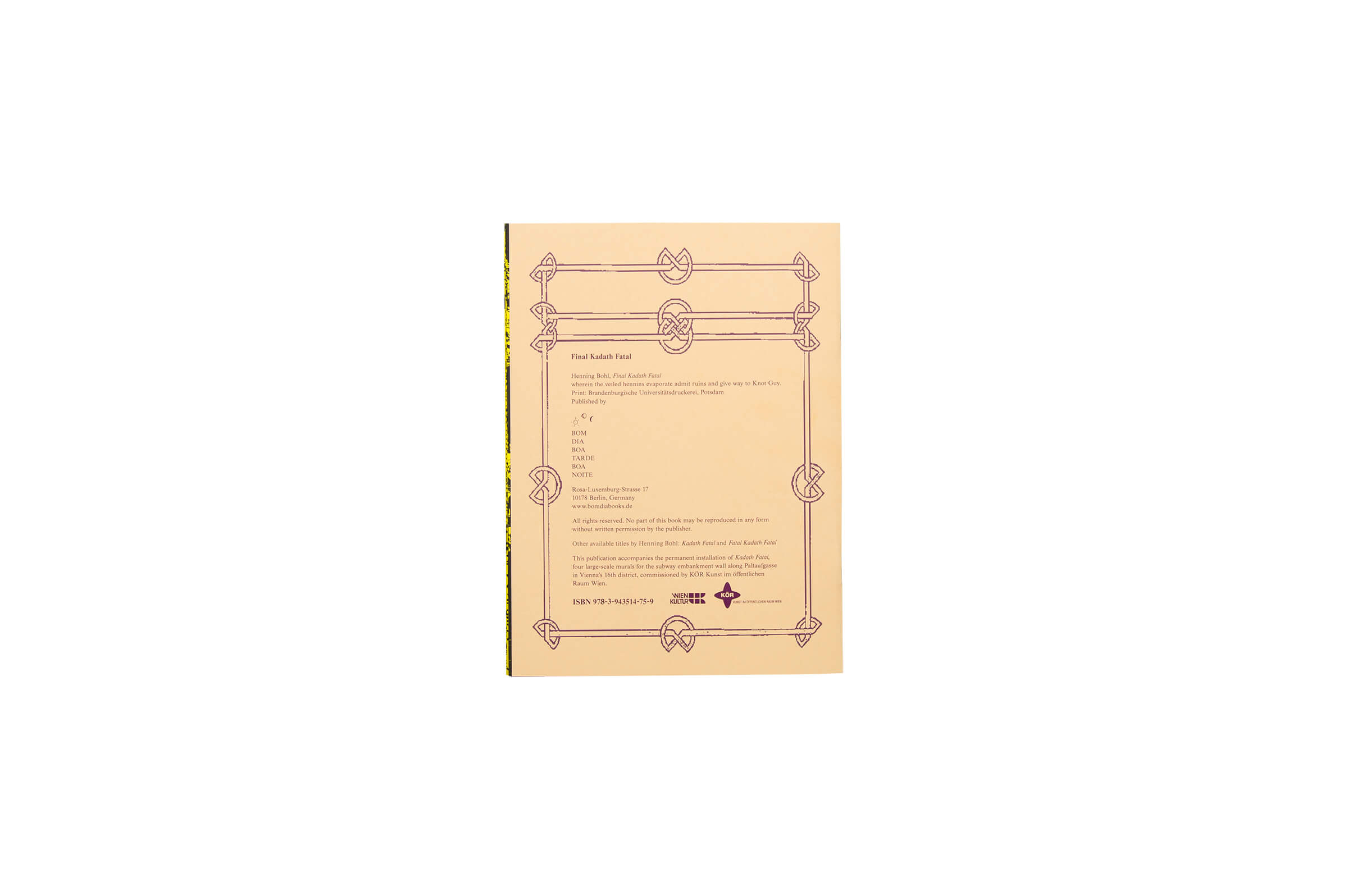 Final Kadath Fatal is the third and last volume in a series of artist books by Henning Bohl. The title loosely refers to H. P. Lovecraft’s novella The Dream-Quest of Unknown Kadath (1926/27), in which Kadath appears as a mystical place to where the gods have betaken themselves “in the cold waste where no man treads.”

The publication accompanies Bohl’s installation of four large-scale murals for the subway embankment wall along Paltaufgasse in Vienna’s 16th district, whose rough-faced, square-dressed stones are reminiscent of imperial architectural gestures like the rusticated facade of Palazzo Medici in Florence. It has been on display since Summer 2016, made possible by KÖR – Kunst im öffentlichen Raum Wien.