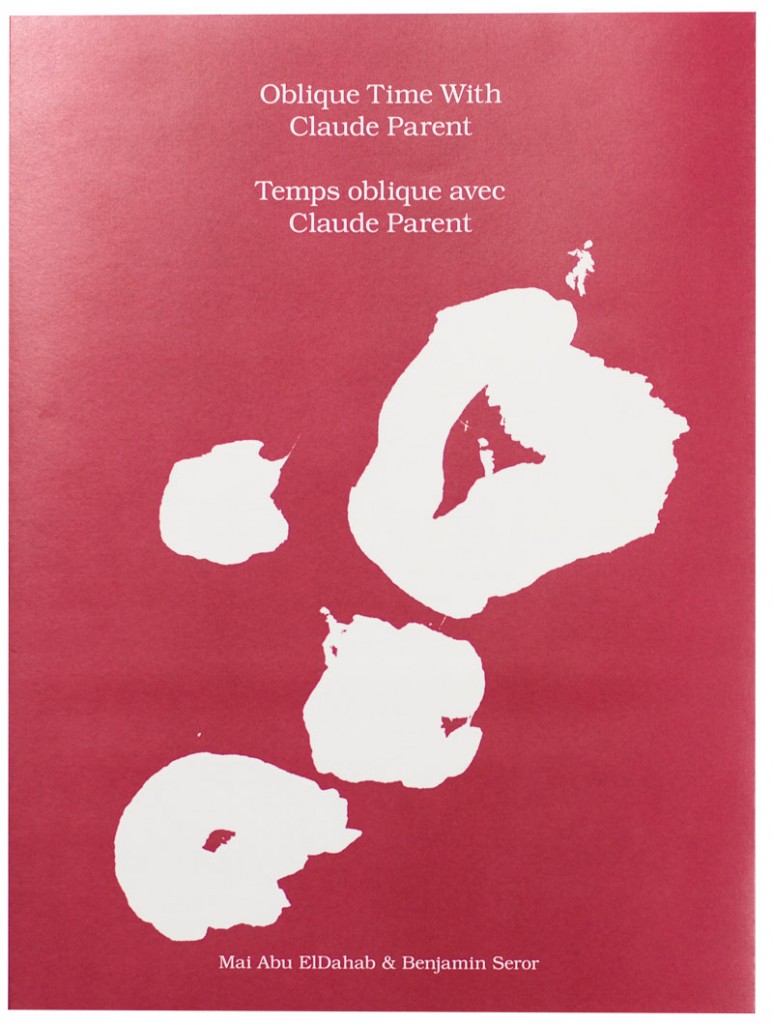 On the occasion of the release Oblique Time with Claude Parent, the artist Benjamin Seror and the curator Mai Abu ElDahab will present a visual trajectory of the development of Claude Parent’s drawing practice as formative to his architectural imaginary.

Over six decades, architect Claude Parent (Paris, 1923-2016) developed an experimental body of work (both through construction and drawing) that led him to the conclusion that the most effective way to build a city would be based on the function oblique – designing architecture only using slanted floors. This seemingly simple gesture would dramatically change how we think and use the spaces we inhabit. The book covers two years when Benjamin Seror and Mai Abu ElDahab interviewed Parent about his adventurous professional life: From his collaboration with Paul Virilio, to his Tour de France promoting the oblique, to his controversial engagement with the French state to design nuclear power stations. Most importantly, the publication and presentation, introduce Parent’s passion for risk-taking as the elementary tool needed to bring architecture out of its restrictive conventions.

The publication of the book was made possible with the support of the Cnap and the Graham Foundation for Advanced Studies in the Fine Art.