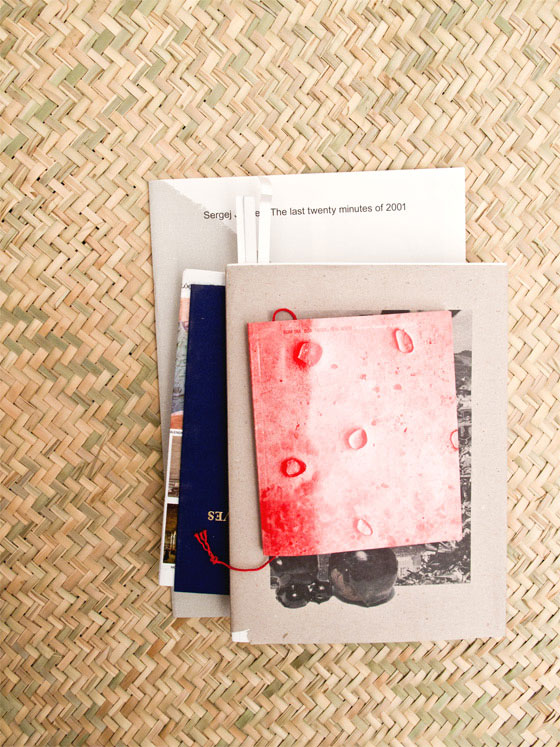 The Letter E is Everywhere works as a book that contains different stories, letters, texts and images unfolding into space. Instead of pages, the display structures and furniture pieces allow books, prints, objects and textiles designed by Studio Manuel Raeder, to be juxtaposed with other objects found during an exploration of local handcraft production in Oaxaca. The exhibition also features three furniture pieces developed as a result from this research, in collaboration with Oaxacan artisans.

The Letter E is Everywhere is shaped by the objects mentioned earlier, and by the display structures developed especially for the exhibition. The exhibition presented in Archivo adopts pieces from its collection, focusing on objects whose production converses between craft and design practice: industrial, mass-produced popular objects, handicrafts, and furniture pieces whose form-function relation appears as rustic, but nevertheless shows much attention to detail and technique.

The exhibition proposes an open narrative through the objects on display and questions the position contemporary design plays in the dialogue between people and every day objects. At the same time, it reflects the approach that Manuel Raeder and his studio have about their practice, where design is used as a tool that is constantly reconsidered and customized.